SC Magdeburg enjoyed the comforts of home against a Wisla Plock side that has failed to claim a point on the road in the Machineseeker EHF Champions League this season.

Wisla kept pace for the first half, scoring efficiently thanks to their Russian duo, Dmitry Zhitnikov and Sergei Kosorotov. Their momentum only lasted 30 minutes, though, as Magdeburg upped their defensive level after the break, helped by their goalkeeper Mike Jensen and his 11 saves.

After taking a six-goal advantage, the German side remained focused to cruise away and win, their third in the Champions League this season.

The half-time makes the difference for Magdeburg

If both teams failed to seize the initiative in the first half, Magdeburg created a gap soon after half-time.

With Mike Jensen making crucial saves and even scoring a goal, the hosts took an immediate six-goal advantage in 10 minutes. Smits and Mertens scored twice each, to help their team create a break that would prove decisive. 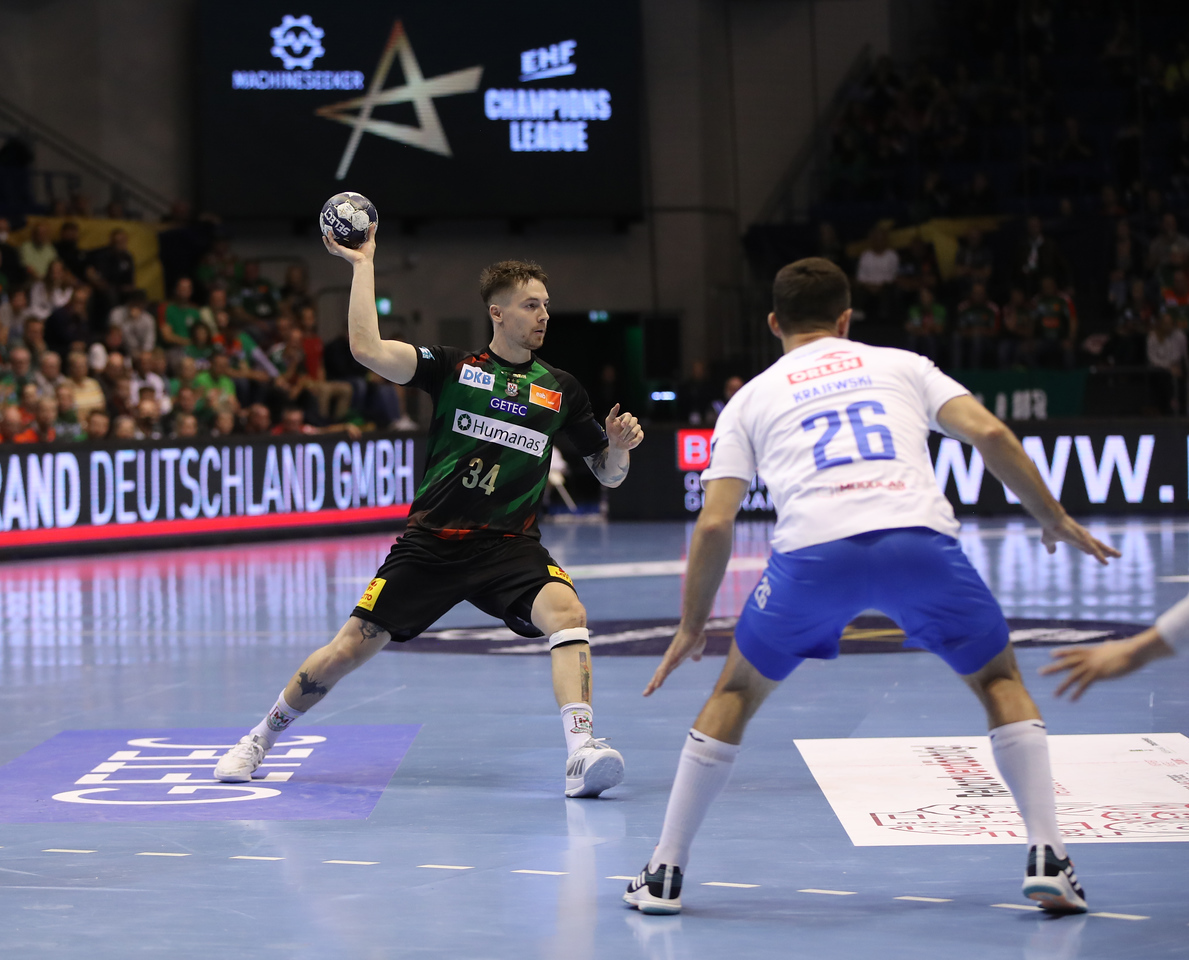 After the two defeats against Paris and Flensburg, it was a difficult start for us against Plock. Now we are very happy that we won the game.
Bennet Wiegert
Magdeburg coach

Next Article Paris make it three against Zagreb

ROUND PREVIEW: Barça face Kiel in a repeat of last week’s draw, while the PSG and Kielce hope to claim top spot in their groups

NEWS: The three remaining highlight matches of the year will be in Romania, Denmark and Montenegro