Leading from the first whistle until the last, CS Rapid Bucuresti secured their eighth win of the season in their debut in the EHF Champions League Women, with a clean display over Kastamonu Belediyesi GSK, 28:22.

For a rookie in the European top competition, albeit a team with big ambitions, Rapid Bucuresti are having a dream season, after securing their eighth win, 28:22, against Kastamonu Belediyesi GSK. The Romanian side dominated the game, but needed a strong run to finish to finally clinch the win, to set up a crunch match against Metz Handball, which will decide their fate in the next round.

Rapid are on 18 points, tied with Györi Audi ETO KC and Team Esbjerg, with the two powerhouses colliding in the last game of the group phase, as the Romanian side is still in the hunt for a place in the quarter-finals, which would be an immense achievement for them.

For Kastamonu, though, things are complicated. The Turkish side are three points behind Storhamar and need a miracle to progress to the next phase. However, after conceding 14 losses last season, a win and a draw are likely welcomed, creating a morale-boost for a side that has looked competitive at times even against stronger opponents. 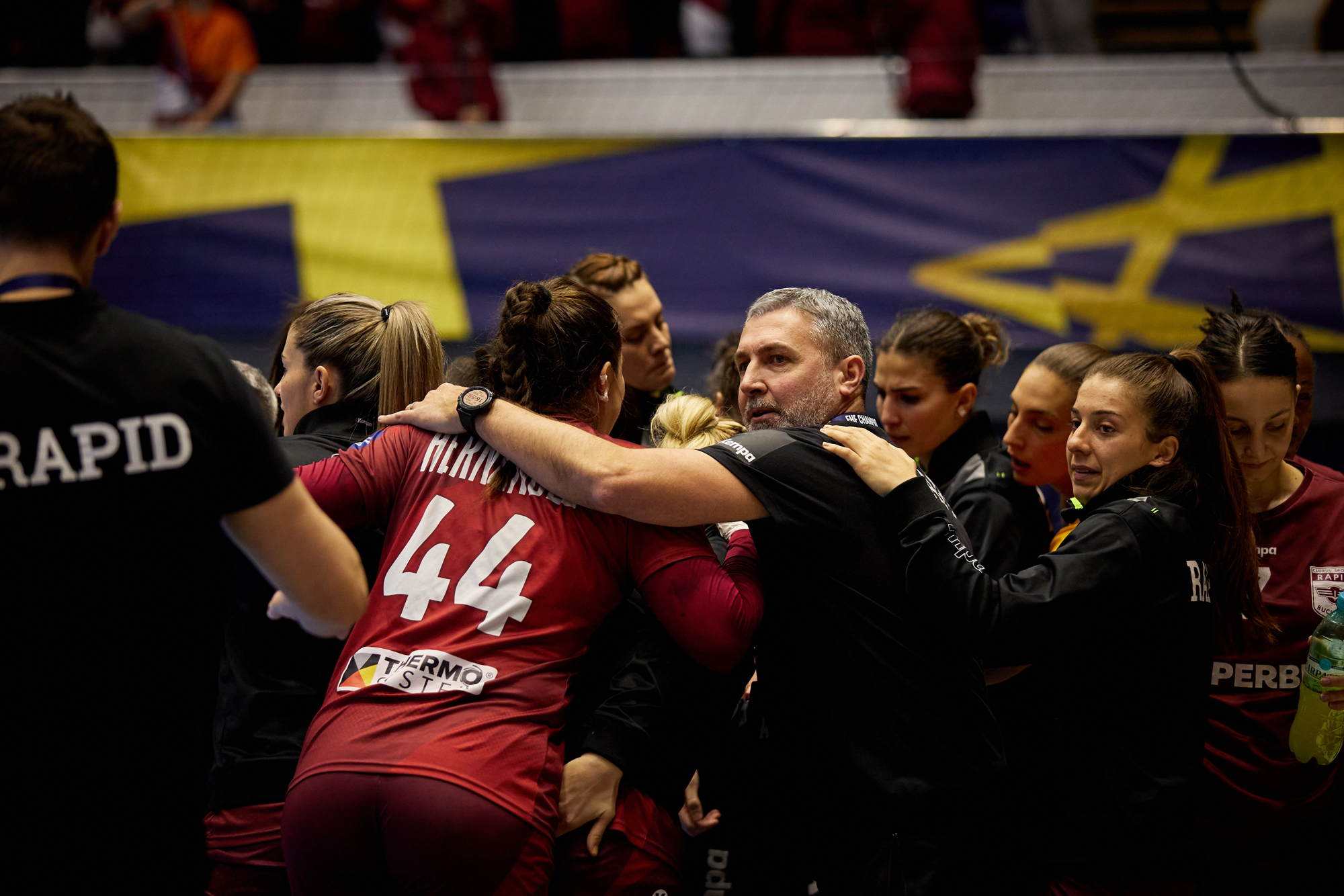 We had a lot of physical problems in the last months, we have players that played 50 or more minutes and it's very difficult to keep the rhythm. The Romanian championship is very strong and we have to play every Wednesday and Saturday. We reached our objectives, not to concede more than 22 goals. I am grateful and I want to congratulate my team for the great effort.
Carlos Viver
Rapid Bucuresti Head Coach

LIVE BLOG: Round 12 of the EHF Champions League Women is upon us as, and the race for the tickets to the next stage is heating up