Frolova: Aiming high with feet on the ground

Ambitious Rostov-Don, whose goal it is to win the DELO EHF Champions League, are ranked second in group A ahead of the final round of group phase games — and they hope to stay in this position and secure a coveted direct quarter-final spot.

However, their last group match is not going to be easy. On Saturday, the Russian side will conclude the group stage with the Match of the Week versus direct rivals Brest Bretagne Handball away in France.

In the reverse fixture in round 1, Rostov collected the win, 26:24. Back Yaroslava Frolova played a key role in the season opener, scoring six goals to lead her side — although she is quite critical of this area of her game in general.

“I lack consistency. Besides that, I’ve had problems with shot efficiency — sometimes it's hard for me to score. I wish I could help the team with more goals,” says Frolova.

In their last game played, Rostov split the points with FTC-Rail Cargo Hungaria in an away match, as Angela Malestein’s penalty goal five seconds from the buzzer denied the Russian team a win. Their next game was scheduled against CSM, but the Romanian team had to forfeit due to Covid-19 cases.

Frolova had mixed emotions from the encounter against FTC: “One point is better than nothing, but we really wanted to win, so we are only 40 per cent satisfied.

“We have been missing too many chances throughout the season, and this game was no exception. We can also remember the first game with FTC, which we lost by one goal.” 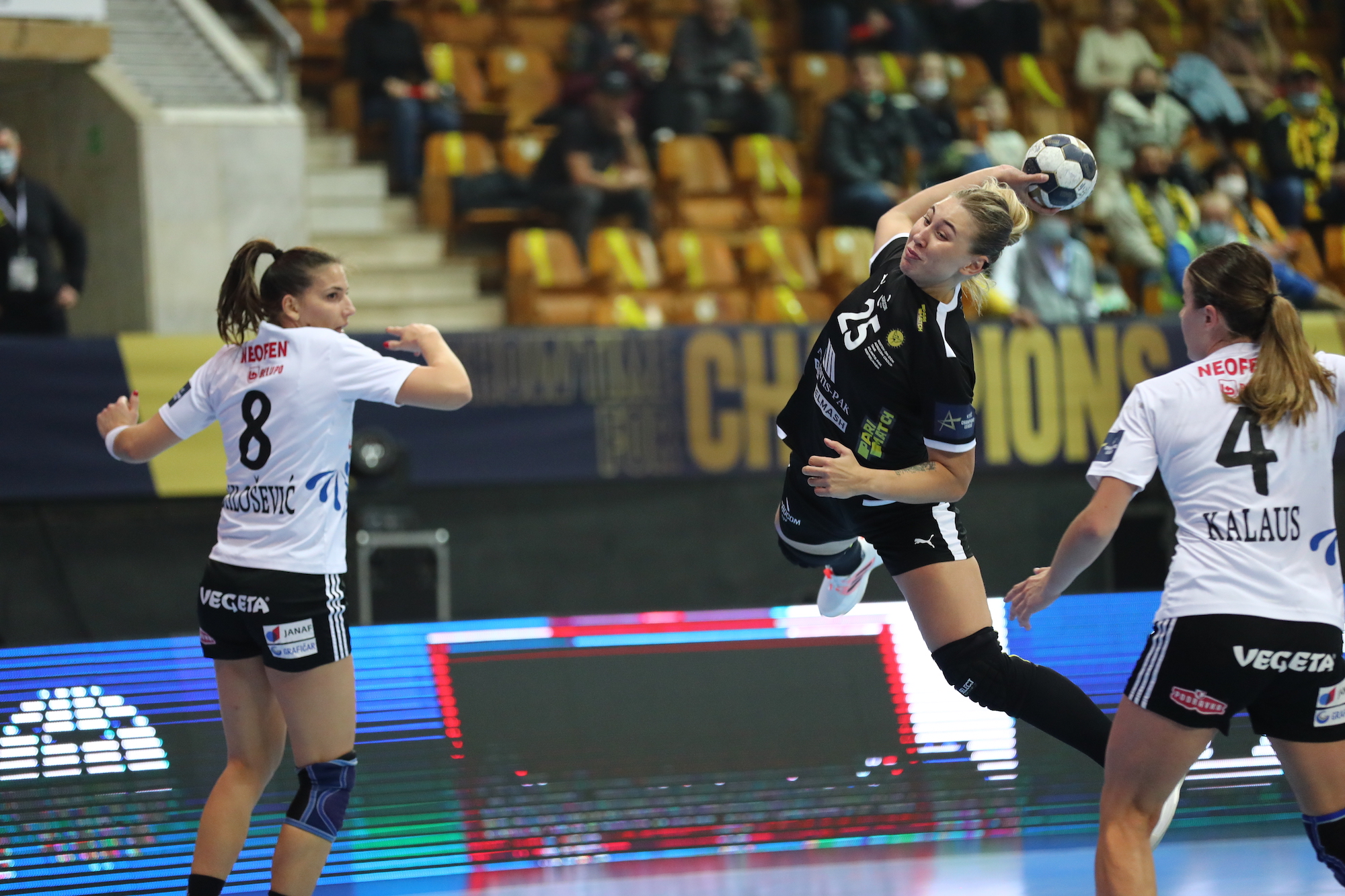 Definitely we miss Anna [Vyakhireva]. She is a great player, and we could have more options with her on the court. My capabilities as a right hander on the right back are limited, for example, I don’t have such a long-distance shot as Vyakhireva. I feel comfortable in any position, yet as a right back, I’m mostly an attack finisher, while in the centre, I can be more creative.
Yaroslava Frolova
Rostov-Don back

Normally a centre back, Frolova has often played right back this season as a replacement for Anna Vyakhireva, who decided to take a sabbatical year.

“Definitely we miss Anna. She is a great player, and we could have more options with her on the court. My capabilities as a right hander on the right back are limited, for example, I don’t have such a long-distance shot as Vyakhireva. I feel comfortable in any position, yet as a right back, I’m mostly an attack finisher, while in the centre, I can be more creative,” says Frolova.

Yet Frolova is a universal player who can do well in various positions. She wanted to be a goalkeeper when she was a child.

“All kids were eager to stay in the goal, and I was no exception. Sometimes I tried it and liked it a lot. But my mother, who was also my coach at the time, once used me as a playmaker, and it worked well. But I still keep telling her: ‘Why did you remove me from the goal?’” says Frolova with a smile.

Born in Volgograd, Frolova started her career at the local team Dinamo-Sinara. As an 18-year-old, she participated in the EHF FINAL4 in 2014/15, where the Russian side finished fourth. In 2007, the centre back moved to Kuban, and midway through the 2019/20 season she joined Rostov.

“I’m happy to regularly play in the Champions League. It helps me to improve. The difference with the Russian league is quite big — I’m more nervous and feel more responsibility before European matches,” she admits.

Unlike her previous teams, Rostov have quite an international vibe, as their squad has a number of foreign players and head coach Per Johansson is Swedish.

“I was not used to it at the beginning and I was worried. Even now I struggle to speak English, even if I understand a lot. But I take classes and gradually make steps forward,” says Frolova.

Rostov have never won the DELO EHF Champions League, and although the competition is again tough this season, Frolova believes her team can reach the big goal.

“Obviously our aim is to win. There are many strong teams like Györ, Esbjerg or Vipers, but if we play well, we will have a chance to lift the trophy.”

Next Article Barça end away drought in Bucharest