Barça end away drought in Bucharest

Prior to their round 11 game against C.S Dinamo Bucuresti in Romania, Barça's only victory in an away match in the EHF Champions League Men 2021/22 season came in their opener at Flensburg (25:21). Since then, the defending champions had lost twice and drawn twice.

On Thursday night, Carlos Ortega's team ended this drought with a 35:30 victory against the Romanian side coached by Xavi Pascual, Barça's former coach. However, the hosts were a tougher nut to crack than expected, mainly due to their perfectly organised defence, and they only trailed by one goal with four minutes remaining.

WATCH: A quick jink of the hips and the defence opens up for Barca's Dika Mem #ehfcl

A special night for Xavi Pascual

In June 2021, Xavi Pascual steered Barça to their ninth EHF Champions League trophy as they beat Aalborg by the biggest margin in a final in Cologne. This was his farewell match after coaching the record Champions League winners to three titles since 2009.

Some weeks later, he continued his coaching career at Dinamo Bucuresti and brought Barça players Cedric Sorhaindo, Eduardo Gurbindo and Alex Pascual to the Romanian capital. In Pascual's return to Barcelona, Dinamo produced a strong showing, losing only 36:32. On home ground, the Romanian champions were again close to causing a sensational upset but ultimately failed again. 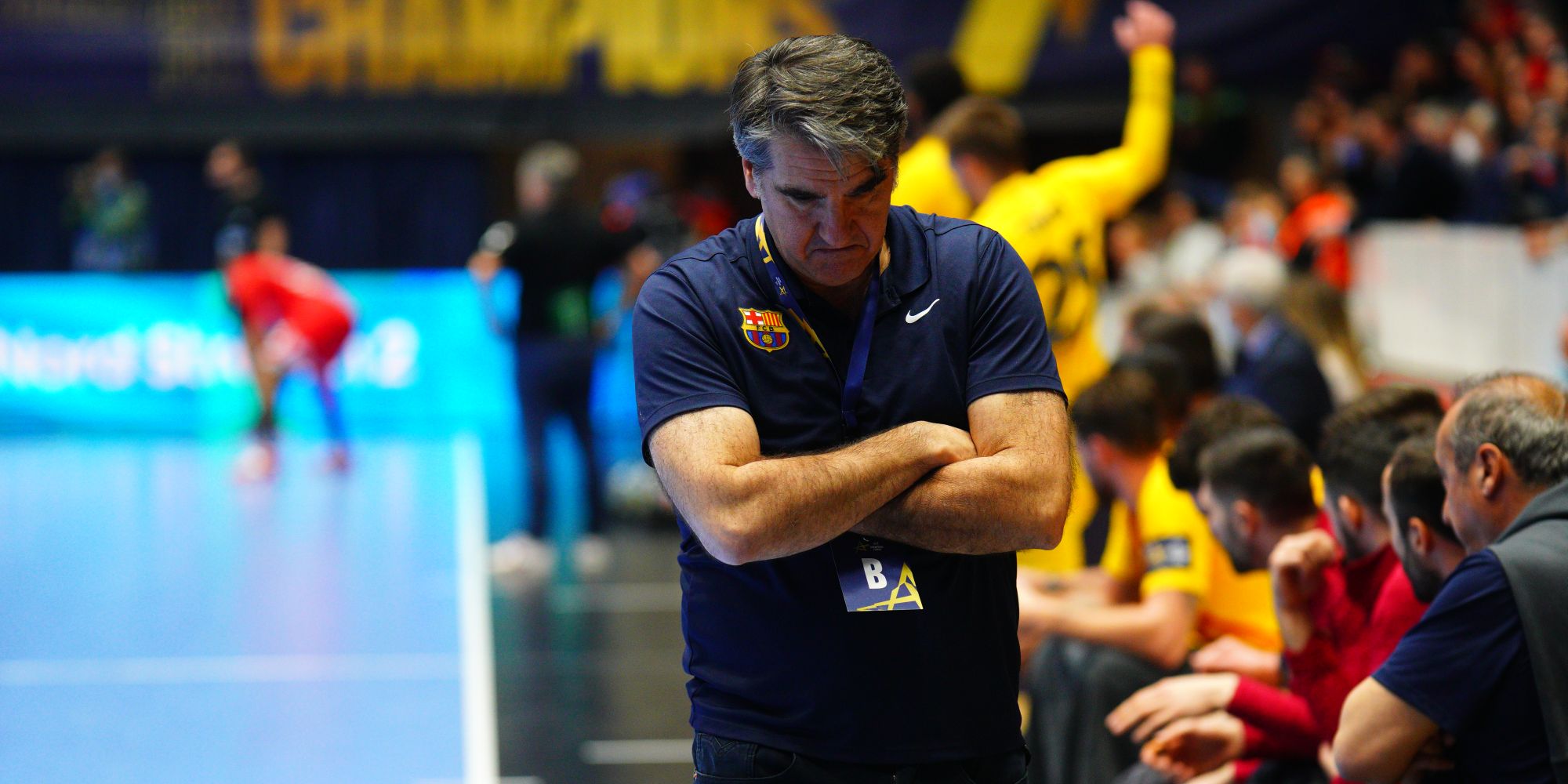 Dinamo played well in this match. We had problems in defence when they played with the pivot. Also, there were some problems with the goalkeepers, but the team showed character and in the end made the difference and won. It is a very important victory for us, obtained in difficult conditions, because Dinamo were strong in defence.
Carlos Ortega
Coach, Barça

Barca deserved to win, but I don't think we deserved to lose by so many goals. My team fought until the end of the match, and I have nothing to say to the players. Unfortunately, there were some easy errors at the beginning of the game that cost us. The players must move on and show the same dedication in the next match.
Xavier Pascual
Coach, C.S. Dinamo Bucuresti

Previous Article Frolova: Aiming high with feet on the ground

Next Article Kiel withstand the pressure in Lillehammer