For the second time in history, Lomza Vive Kielce reached the final of the EHF FINAL4 Men, after they made it to the top of the podium in 2016.

In a rematch of that 2016 final, Kielce took a 37:35 victory in a goalfest against Telekom Veszprém in the first semi in Cologne, attended by almost 20,000 fans in the sold-out LANXESS arena. On the other hand, Veszprém lost their fourth semi-final in Cologne after the 2014, 2017 and 2020 editions.

In an intense, emotional and thrilling high-speed battle for the final ticket, Kielce took advantage of their deep squad and profited from a red card against Veszprém’s defence boss Blaz Blagotinsek right after the break, when they managed to turn the match around.

Veszprém left back Nenadic scored six goals to take the lead in the season’s overall top scorer list with 91 strikes now. The top scorers of the match were Rasmus Lauge (Veszprém) and Arkadiusz Moryto (Kielce), with eight goals each.

On Kielce’s side, goalkeeper Andreas Wolff clearly improved after the break, while Alex Dujshebaev and Igor Karacic were the impressive leaders and steered Kielce to their fifth victory in now 17 Champions League matches — the second in a semi-final in Cologne after losing in the 2019 edition.

Kielce will face the winner of the second semi, THW Kiel vs Barça, in the final on Sunday at 18:00 CEST (live on EHFTV).

A red card as a game changer

Veszprém played an impressive first half — and the core of their game was the outstanding defence. But everything changed when defence boss Blaz Blagotinsek received a red card in minute 34 after a foul against Branko Vujovic.

The Slovenian became the first player at the EHF FINAL4 with three red cards after the ones in 2019 and 2020. This was the game changer, as Kielce turned a 19:21 into a 23:20 advantage, and even pulled ahead to 25:21, as Veszprém had lost their rhythm and their stability in defence completely.

Adrian Sipos, who received two two-minutes suspensions later, could not fill the gap left by Blagotinsek. Kielce patiently waited for their chances and cleverly kept the upper hand until the end. 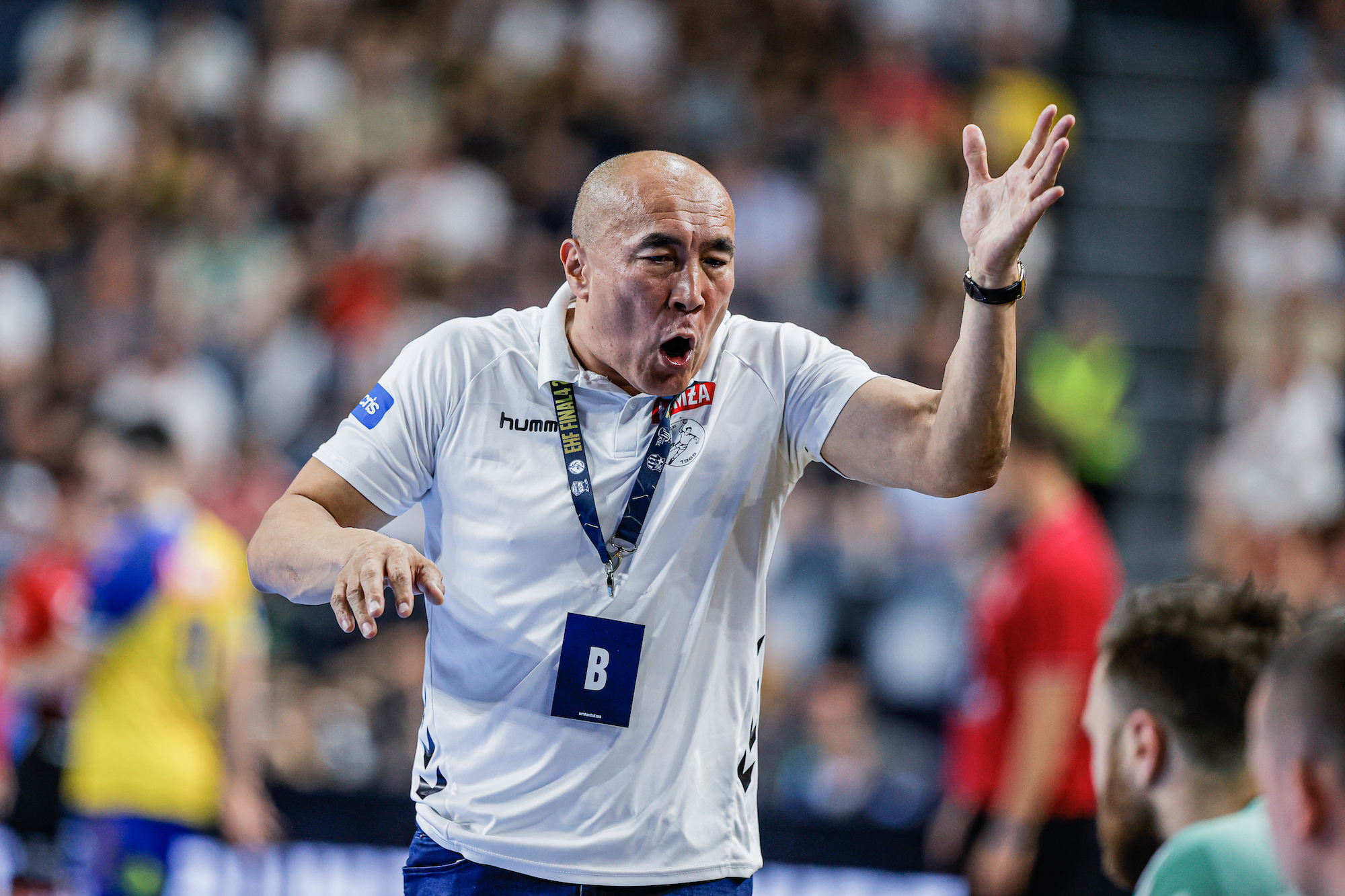 The result after 60 minutes is most important, not the half-time result. In the first half we did not play so bad, but our goalkeepers had only five saves. Veszprém had eight. This was the difference. But after the break Andreas Wolff showed some great and important saves and gave us power. This changed the match. Andy’s saves were decisive.
Talant Dujshebaev
Kielce coach