MOL-Pick Szeged will have the chance to fight for their first victory of the season in the EHF Champions League Men Match of the Week for round 4, although it will be a tough ask as they must do so in Porto’s arena.

This round, also headlined by the clash between Kielce and Meshkov Brest on Wednesday, might see a significant overhaul in the group A standings. Flensburg will be looking to keep their record untouched in a tough away game in Skopje. PSG will have a different goal: to take their first points of the season at home against Elverum.

In group B, three teams – Telekom Veszprém, Barça and Aalborg Håndbold – have the maximum of six points after three rounds, while another trio – Celje, Zagreb and Motor – still wait for their first.

In round 4, new Zagreb coach Vlado Sola will have his debut in Barça’s Palau Blaugrana, while Aalborg dream of continuing their best ever start in the EHF Champions League. Two Celje-born players in the Veszprém squad will face their former team on Wednesday.

The match THW Kiel vs HC Motor has been postponed. 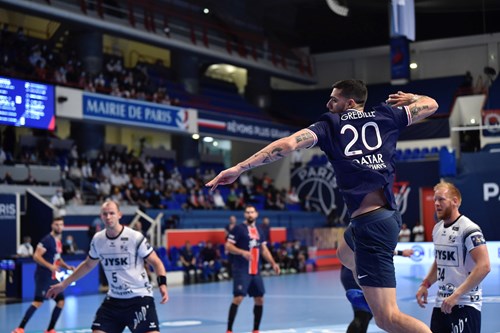 Previous Article Kristianstad keen to progress from group of death

Next Article Handball heroes stand up against online harassment

GROUP A REVIEW: The French champions took another win after yet another tough battle against Porto