The handball titles at the European Youth Olympic Festival 2022 have been won by Germany in the men’s and by Hungary in the women’s competition. They both defeated the team from Denmark in the respective final last weekend.

The gold medal runs of Germany and Hungary in Saturday’s finals marked the end of the handball competitions at the EYOF 2022 in the Slovakian city of Banská Bystrica. Handball has been one of 10 sports at the festival, which was first held in 1991 and is the biggest multi-sport event for young athletes from 50 European countries.

For each gender, eight under-17 national teams were taking part: Slovakia as the host nations, plus seven of the top eight teams from the M19 EHF EURO 2021 in Croatia and W17 EHF EURO 2021 in Montenegro. 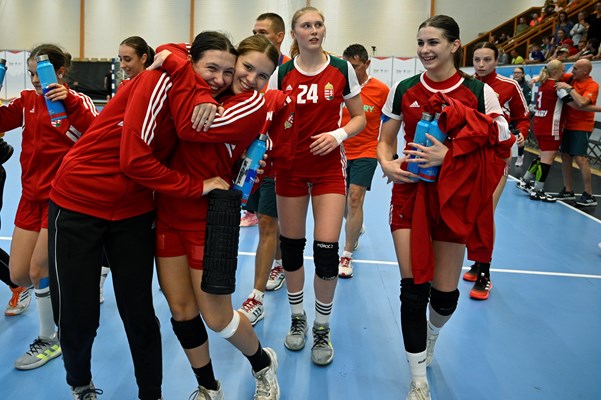 FINALS REVIEW: North Macedonia mounted a late comeback in the final against Switzerland to claim the crown in Riga