Still only 23, Dylan Nahi has already become one of the best left wings in the game. Currently playing with France at the 2023 IHF Men’s World Championship, the Industria Kielce player is hoping to land his first international trophy this season.

Dylan Nahi has always been in a hurry. The Paris-born left wing played his first professional game for Paris Saint-Germain HB at age 15, then became the youngest player at an EHF FINAL4 before turning 18.

Still, many thought his move to Kielce in the summer 2021 came too early, but Nahi’s star has only further risen since.

Nahi himself, though, has kept both feet on the ground.

“People might have thought back then that it was early, but I knew what I was doing with that move,” he says.

“Those are just numbers. It is all good, but at the end of the day, nobody will remember you for those numbers. People only remember trophies, and I have not won any so far. That is the idea that has kept me driven since I started: I have not won anything yet.”

Nahi rather looks ahead than back, never being satisfied with what he has achieved.

One of the goals he might fulfil this week with the French national team, currently playing at the World Championship in Poland and Sweden.

France have qualified for the quarter-finals after winning all five matches so far, most notably against Spain (28:26) in their main round closer Sunday evening.

Nahi has contributed 12 goals, from 14 attempts, to the French success. According to him, he is at this level because he has trained with the best sides of the world since he was young.

“I have had coaches who were really demanding all my career. Raul Gonzalez and Talant Dujshebaev really push me to be a better version of myself,” Nahi says.

“Talant is tough with me, but just the way I need it. I know he is doing it in my best interest, so I can be the best player I can.” 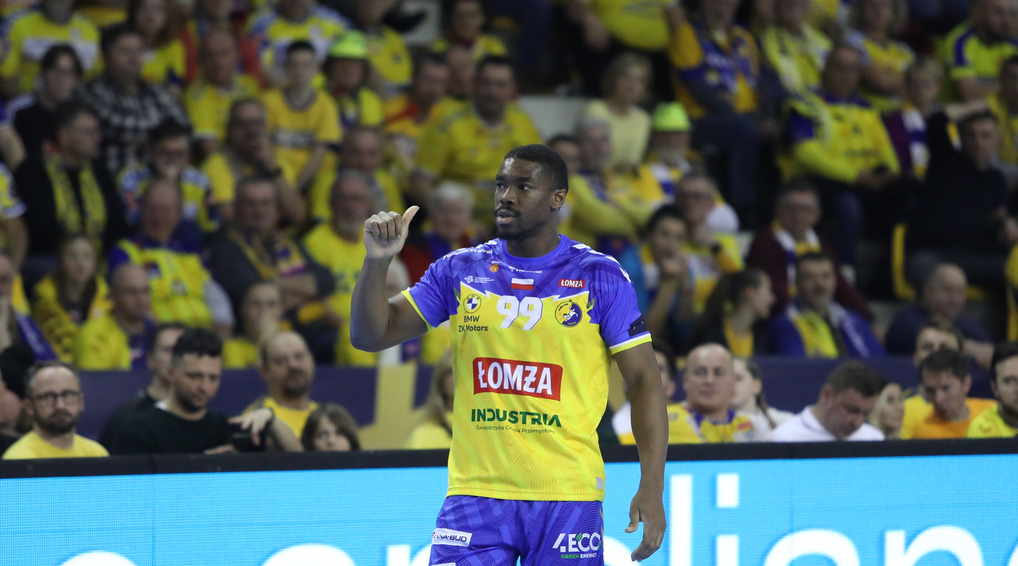 Playing in Kielce all season long really helps me. When you are in a club aiming for the title in the Champions League, it is not OK to be average.
Dylan Nahi
France and Industria Kielce left wing

But competition is fierce. In the national team, for instance, Montpellier HB’s Hugo Descat and PSG’s Mathieu Grébille are ready to step in so Nahi has to battle at every training in order to earn his place.

“I know that if I am not at my best, someone will take my place and play at these competitions. So, I have to be 100 percent every time I step on a court, otherwise I can say goodbye to my goals,” Nahi says.

Being part of one of the best teams in the Machineseeker EHF Champions League enables him being a tough contender.

“Playing in Kielce all season long really helps me in that matter. When you are in a club aiming for the title in the Champions League, it is not OK to be average,” the left wing says.

“There are actually a lot of similarities between the two teams: they always want to reach the top.”