In front of a record 15,400 fans, Vipers Kristiansand became only the fifth team in the history of the EHF Champions League Women to retain their title, defeating Györi Audi ETO KC in the final of the EHF FINAL4 33:31.

The thousands of fans who flocked to the MVM Dome – breaking the record for the largest attendance at a women’s club handball match for the second day in a row – saw Vipers deliver a flawless game. They shocked the favourites with a mixture of superb defence and creative attack, delivering only the second loss this season for the Hungarian side.

Back in March, Vipers Kristiansand needed a win in the final round of the group phase against Györ to finish second. Back then, the Hungarian powerhouse had a 13-game winning streak and had clinched the first place in the group. Therefore, the 29:30 loss in Norway looked not to matter so much.

It was all the help Vipers needed to build a winning streak that got them here, to a fairytale ending to a superb season. The Norwegian side won their last seven games in the European premium competition, including the final against Györ in dominating fashion, to retain the title they had won last season.

It was an amazing game from Vipers, as coach Ole Gustav Gjekstad really rode his team’s strengths to secure the win in the final.

As Györ deployed a 5-1 aggressive defence, Gjekstad substituted the goalkeeper for an outfield player in attack to force the Hungarian side to revert to a more 6-0 traditional approach, which really dealt a blow for Györ and their plans.

With everybody chiming in on defence and Katrine Lunde being superb once again, her total adding up to 27 saves over the weekend, Vipers have been nearly perfect in Budapest. 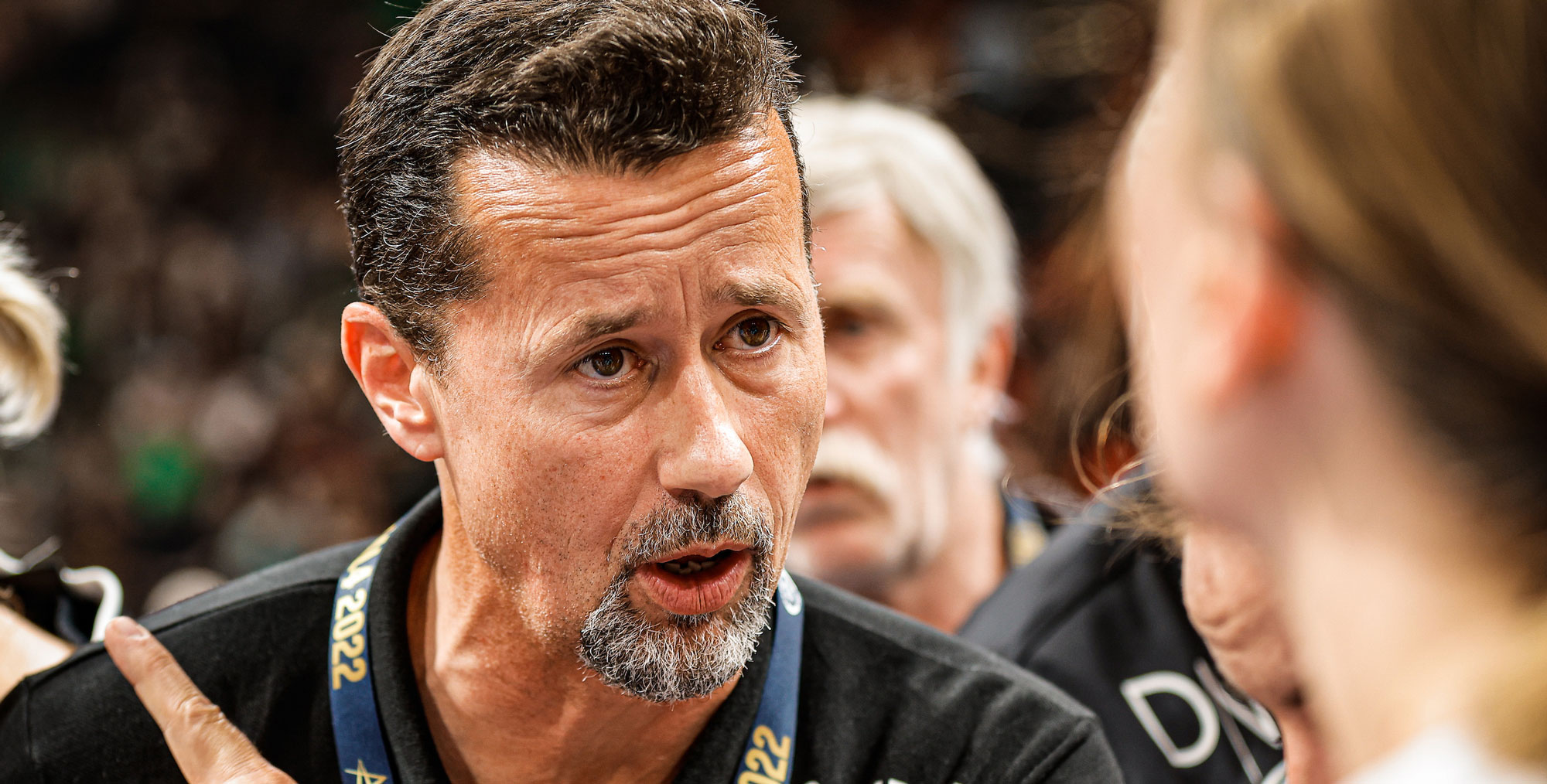 I think it’s a little bit crazy to take this challenge, and be crazy not to stand there and wait. We know that most of the crowd are cheering for Györ, and we need to step up and be there.
Ole Gustav Gjekstad
Coach, Vipers Kristiansand

It is not that easy to win the EHF FINAL4. I lose more than what I won, and this makes more beautiful if you win. Tonight they played better than us. This is sport.
Amandine Leynaud
Goalkeeper, Györi Audi ETO KC

DRAW REVIEW: The 16 teams in the EHF Champions League Men have learned their opponents for the new season

DRAW REVIEW: The 16 teams have been divided into two groups for the start of the 2022/23 top flight in September

DRAW PREVIEW: Groups for both the men’s and women’s edition of the EHF Champions League 2022/23 will be set on Friday

DRAW PREVIEW: The 16 teams in the EHF Champions League Men 2022/23 will learn their opponents on Friday

How the women’s teams are seeded for Friday’s draw

DRAW PREVIEW: The two eight-team groups for the EHF Champions League Women 2022/23 will be drawn on Friday

NEWS: The dust has barely settled on an unforgettable season but plans for 2022/23 are already in motion

NEWS: The Macedonian club HC Vardar 1961 will not participate in any European club handball competition according to a decision of the EHF E…

This is me: Ludovic Fabregas

THIS IS ME: Barça's French line player takes us on his career journey, which an emotional move to Catalunya the highlight