Before throw-off, both teams knew what their fate would be. After Barça defeated Flensburg earlier tonight, Paris would only finish third in the group, while Veszprem could not hope to move up, having secured fourth spot.

That does not mean that the two teams played a friendly game, far from it. Paris and Veszprem played an amazing game that lived up to its status as the last Match of the Week in the group phase.

All attack and without ever calculating, the Hungarian side took the lead and even managed to hold off a Paris come back in the second half, before Yahia Omar scored the winning goal.

Rodrigo Corrales, a stunning comeback in his former home

After leaving Paris in 2020, the Spanish goalkeeper had not returned to his former club with his new team Veszprem, but tonight he did, and he did it in style.

His 16 saves were crucial, even though his efficiency does not say so. In both halves, he was the one keeping the visitors ahead. Rasmus Lauge won the Player of the Match award, but it could well have been given to him. 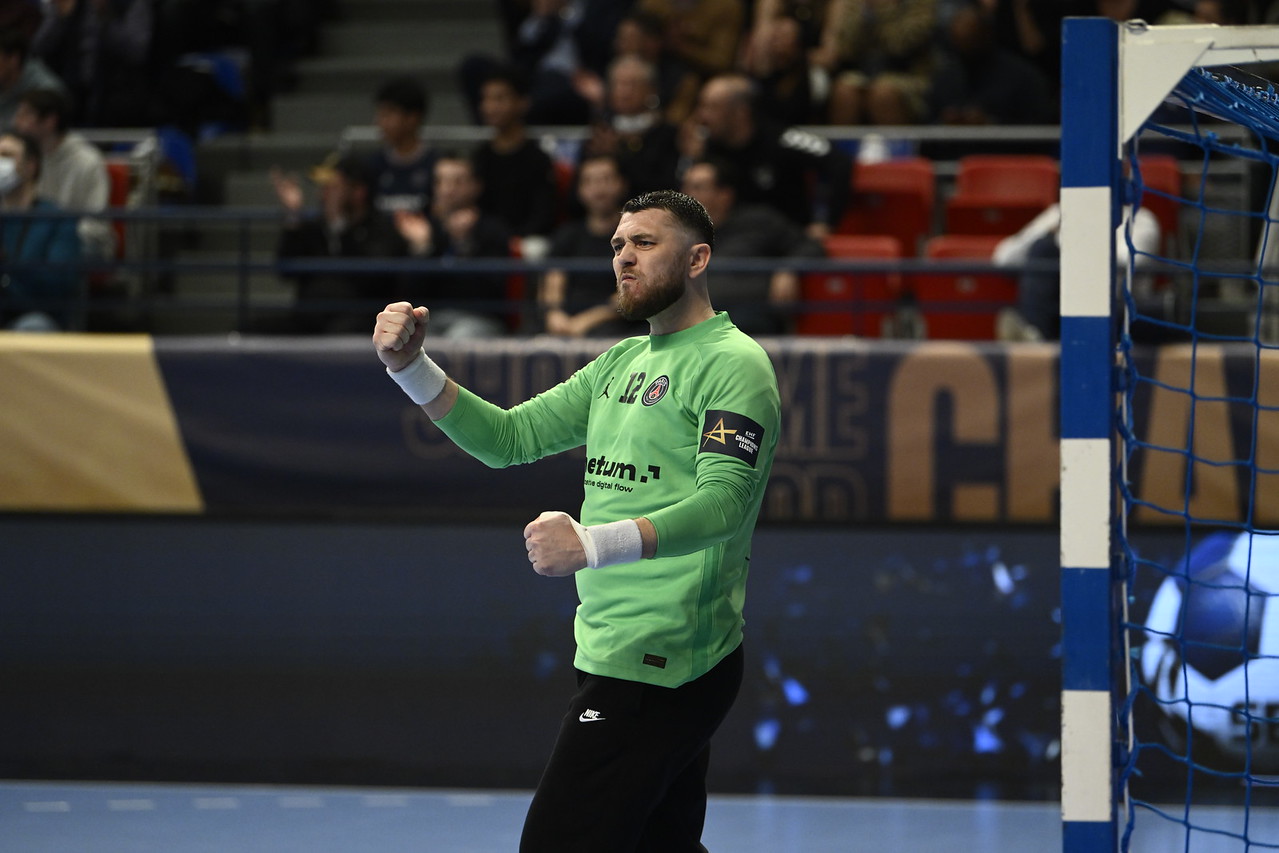 First of all, I want to congratulate my team for this great match. It was an amazing match. I would like to give also a lot of respect to Paris. It was a very tough game, it went very fast and it was so difficult to control. But we played a very good match, I think, and I’m very satisfied by our performance tonight. The points mean nothing in the group standing, but it means a lot for us because it always special to win in Paris.
Momir Ilic
Telekom Veszprém Coach

GROUP B REVIEW: It was a lot harder than expected, but Buducnost claimed the two points away against Lokomotiva Zagreb

MOTW REVIEW: FTC-Rail Cargo Hungaria were left reeling after a slow start to concede their second loss in a row, against Brest

GROUP A REVIEW: Krim sealed their first win of the season with a strong performance against DHK Banik Most, 42:29

LIVE BLOG: Coverage of Saturday's five games from round 3 of the EHF Champions League Women, including FTC-Rail Cargo Hungaria vs Brest Bret…

Edwige: “We must own up and take responsibility”

MOTW FEATURE: The French line player and her club FTC face Brest in the Match of the Week on Saturday

GROUP B REVIEW: After a weak first half, Dujshebaev's team improve, but cannot turn around the re-match of this year’s final

Dinamo mount superb comeback to save a point against GOG

GROUP A REVIEW: Down six goals in the 37th minute, Dinamo Bucuresti mounted a comeback to secure a 38:38 draw against GOG