Stanko: “Krim’s fighting spirit is not in question”

Krim Mercator is a well-known name in European handball. The Slovenian team set high goals for 2021/22, however, the start of the season did not go as planned. After five matches played in DELO EHF Champions League and only one victory, they welcomed a new coach, Nataliya Derepasko.

The ‘Lions’ were close every time but failed to deliver. Still, everyone in the club believes things will change, and one of them is the young but experienced centre back Tjaša Stanko.

24-year-old Stanko started playing handball at age of seven and has not looked back since. She started her path in Zagorje and played her first European matches there, but her progress really started when she joined Krim Mercator.

“I joined Krim from Zagorje. It was a big step for me and I was fully motivated to prove myself in Champions League,” says Stanko.

At a young age, Stanko was quickly noted as one to watch for the future and being voted Best Young Player in the Champions League 2017/18 was just further proof of that.

“I was very happy because of that. It was my award for a good season, but that wouldn’t be possible without Krim, my teammates. I’m grateful to them,” says Stanko.

Stanko returned to Krim in the summer of 2021 after spending a year with Podravka Vegeta and then a season with Metz Handball, leaving her mark and netting more than 40 times in European matches for both teams.

The return to Slovenia has proven to be a good decision. The centre back is one of the best players for Krim this season and is currently the team’s top scorer in the DELO EHF Champions League with 38 goals in seven matches.

“Each season abroad, both in Croatia and France, was special. New experience, new friends, new matches. When I heard about Krim’s new ambition and goals, I decided to return to Ljubljana, where my Champions League path started. I’m happy that I’m able to play high-level handball in my country,” says Stanko. 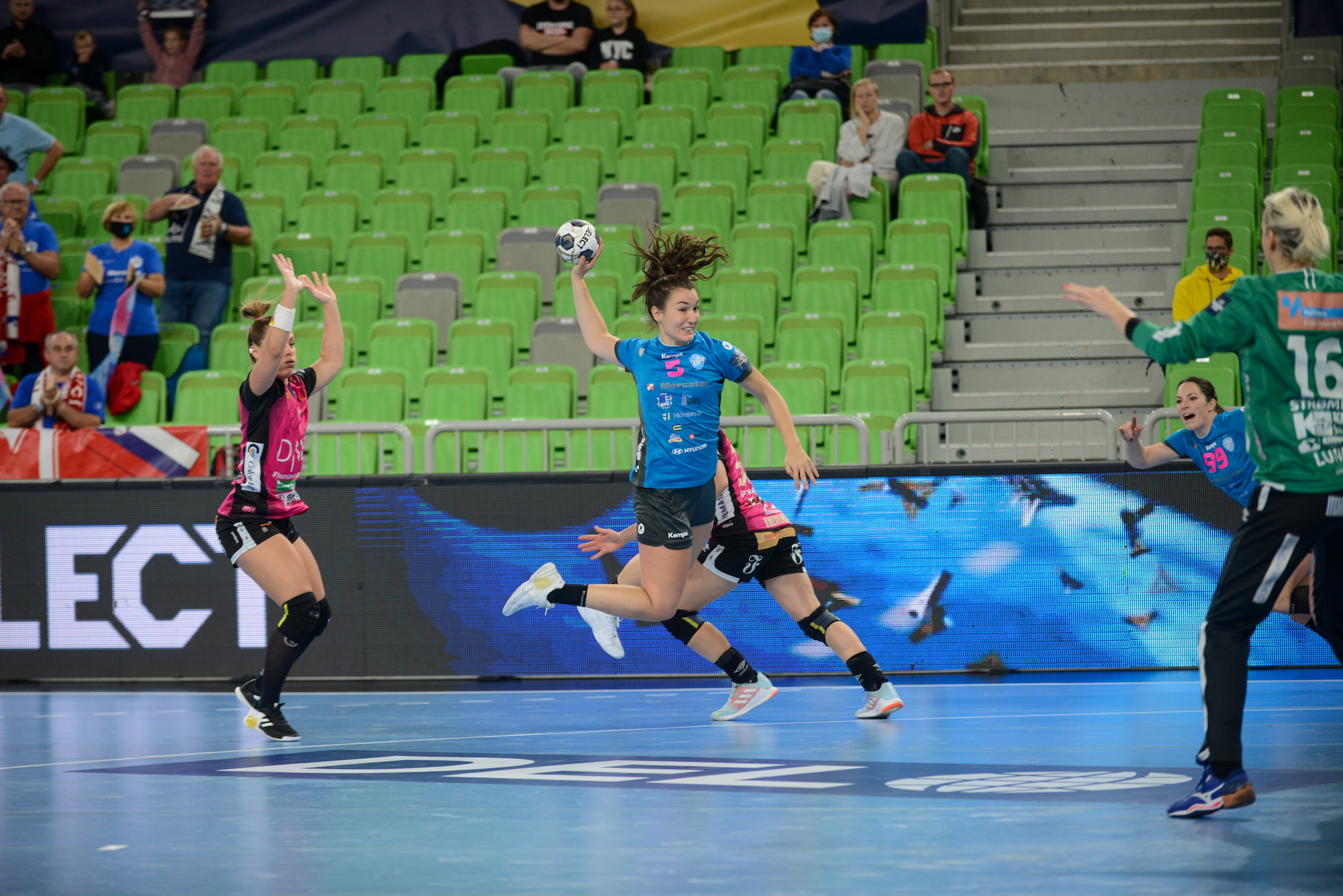 It’s not easy when you’re so close every time and in the end the points are not yours. However, the energy, motivation, diligence and fighting spirit in our team are not in question. I believe in us. Every player on the team is important and I try to give my best to help the team.
Tjaša Stanko
Krim centre back

After their rocky start to the season, Krim currently sit in seventh place in group B with three points after only one win and one draw. The latter was achieved in the most recent game, against CSKA, who are also their next opponents.

The rematch against the Russian champions is set for Saturday in Ljubljana at 16:00 CET (live on EHFTV) and the Slovenian side will give their best to secure the two points on home ground.

“The draw in Russia, that earned point, is really important for us. We didn’t start the season as we wanted, which led to certain changes. However, we have to be patient. We still have many matches in front of us. CSKA are great team — motivated and strong with a good back court line that we need to stop. We want to get those two points at home, as we failed to do that this season,” says Stanko.

“Playing two matches against the same opponent in such a short time is a challenge. However, our goal is the same. We need to alter some things, fix our mistakes that we made and take advantage of all our strengths and power. It’s not going to be easy.”

Krim Mercator have recorded five defeats in DELO EHF Champions League, but against Sävehof, Metz, Odense and Vipers, they came up short by only one goal. It is never easy to lose like that, but the characteristic of a strong team is to learn and rise from mistakes.

“It’s not easy when you’re so close every time and in the end the points are not yours. However, the energy, motivation, diligence and fighting spirit in our team are not in question. I believe in us. Every player on the team is important and I try to give my best to help the team. There is still a lot of room for improvement, for both me and the team. We have a new coach, Nataliya Derepasko, who know us very well. We are working hard for our set goals and if we continue like this, I believe that a good rest of the season awaits us,” concludes Stanko.

Brest lead in Elverum, Motor up against Flensburg at the bre…