The first half of the group phase of this season’s DELO EHF Champions League is almost done — and the room for error is therefore smaller and smaller.

In group A, in-form sides Team Esbjerg and Rostov-Don will clash for the pole position, while CSM Bucuresti hope to extend their winning streak against Brest Bretagne Handball.

CSKA and Odense Håndbold are level on six points and sit in third and fourth positions in group B, so the Match of the Week in Moscow promises some high-quality and entertaining handball on Sunday.

Also in group B, Györi Audi ETO KC will try to maintain their perfect record when they host IK Sävehof, and Krim Mercator Ljubljana will play their first game under new head coach Nataliya Derepasko. 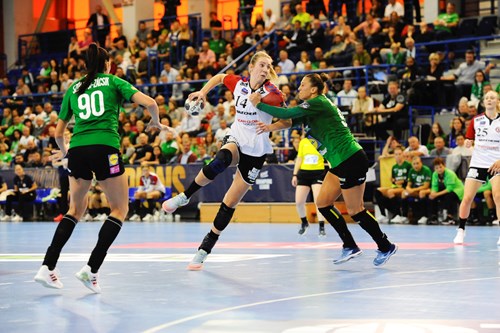 Both teams are strong and have high ambitions. I think this will be a key game for both teams as far as placement in the group is concerned. This is going to be a close race to the finish, and details will decide who is going to win in the end
Maren Aardahl
Odense Håndbold line player on Sunday's MOTW against CSKA

Two round 10 matches rescheduled for 29 January

NEWS: Esbjerg vs Podravka and Kastamonu vs Sävehof were both postponed last weekend and will now be played on Saturday 29 January