Rémili: “I want to say goodbye with the trophy in my hand”

On 22 December, while many of his peers are at home, enjoying a few rest days, Nedim Remili was in the gym. “Just to be even more ready before the EHF EURO,” says the French right back. During a meaningless move, his left foot cracks, leaving him in pain.

“I immediately felt something was wrong, and I thought - damn it.”

With a fractured bone in his foot, he had to step aside, missing the EHF EURO with France as well as a few games with Paris Saint-Germain.

“I think my body just told me to stop. I did not have much of a break since September 2020, and since I did not rest it, it sent me an SOS in the form of this injury,” says Remili, who confesses to having been “quite tired” during the first half of the season.

“But when your job is your passion, when the court is the place you feel the most comfortable, it is hard to stop.”

As soon as the injury strikes, the Paris Saint-Germain player turned immediately to the future.

“I gave myself one day to swallow the disappointment, but then I looked to the future. It was even easier with the festive season not to feel too sorry for myself,” explains Remili, who admits that this forced break was probably something that will prove to be positive for him for the rest of the season.

“Physically, I worked as much as I usually would have. But mentally, I tried not to put myself under any pressure and that made the real difference, just to train and rehab without any pressure.”

The result, he says, is visible right now: “I can feel the difference between me, who has not had any pressure on my shoulders for six weeks, and the guys who have not stopped for 18 months,” depicts the 26 years-old. And this freshness could make the difference come crunch time. Especially in a game as important as Thursday’s against Veszprém, which will be the last Match of the Week of the group phase. 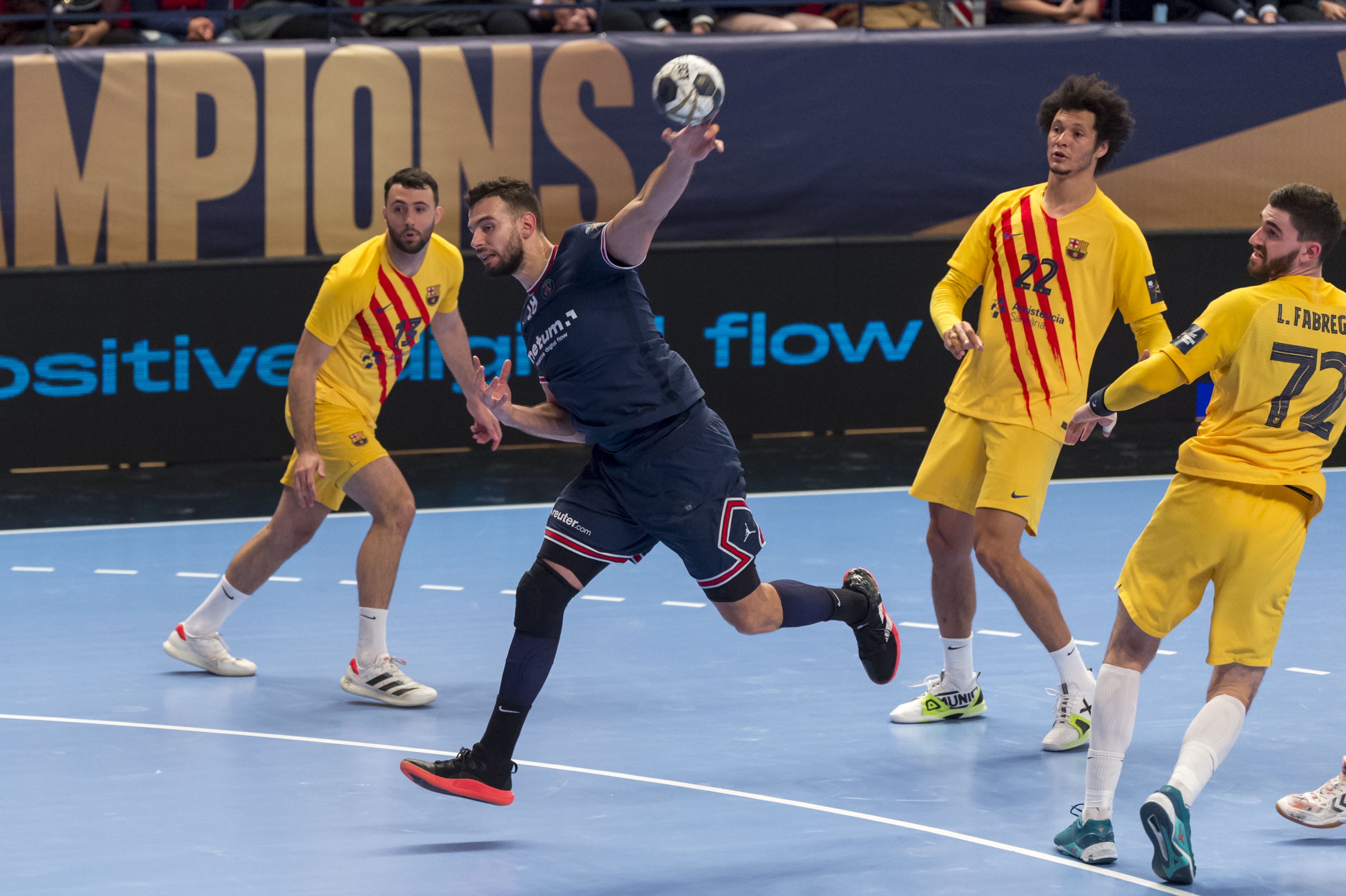 When your job is your passion, when the court is the place you feel the most comfortable, it is hard to stop.
Nedim Remili
PSG right back

For Paris, there will be a lot at stake, as they must win to give themselves a chance of finishing in the top two of group B. But experience has shown Nedim Remili that qualifying straight for the quarter-finals does not make that much of a difference.

“The most important thing for us is to keep the momentum going, as we have won all EHF Champions League games this year. But we have qualified for the quarter-finals directly and not been to the FINAL4 and we have played the Last 16 and reached the final in Cologne. So really, we will see what happens.”

Booking a direct ticket to the quarter-finals would nevertheless be an advantage for the French side, who are still hunting their first EHF Champions League title. And seeing as he is playing his last season in Paris before moving to Kielce, Nédim Rémili is feeling extra motivation to lift the trophy.

“That would be a perfect way to say goodbye. As our fans sing after each game: after so many years of struggling and fighting,” he starts chanting.

“I have been here for six years, Paris will remain in my heart forever and it would be a sweet way to go to win the first Champions League in the history of the club.”

Does that mean that Nedim Remili is already feeling nostalgic and trying to make the most of all his home games already?

“Not at all. I have seen Thierry Omeyer and Daniel Narcisse celebrate their laps of honour here and I am definitely not in that mood. I’m always trying to enjoy the moment, no matter what happens next,” he concludes.

Trust him to enjoy a full Coubertin house on Thursday at 20:45 CET, when PSG take on Veszprém in Match of the Week.

Previous Article ‘This is me’ series celebrates female players

Next Article ‘Learn from the best’: how stars help a young generation

GROUP B REVIEW: It was a lot harder than expected, but Buducnost claimed the two points away against Lokomotiva Zagreb

MOTW REVIEW: FTC-Rail Cargo Hungaria were left reeling after a slow start to concede their second loss in a row, against Brest

GROUP A REVIEW: Krim sealed their first win of the season with a strong performance against DHK Banik Most, 42:29

LIVE BLOG: Coverage of Saturday's five games from round 3 of the EHF Champions League Women, including FTC-Rail Cargo Hungaria vs Brest Bret…

Edwige: “We must own up and take responsibility”

MOTW FEATURE: The French line player and her club FTC face Brest in the Match of the Week on Saturday

GROUP B REVIEW: After a weak first half, Dujshebaev's team improve, but cannot turn around the re-match of this year’s final