After several surprises in the EHF Champions League Men last week, more highlights are coming up in round 5 on Wednesday and Thursday.

In group A, the leading teams of TWW Kiel (against Pick Szeged) and Aalborg Håndbold (against HC Vardar 1961) have tough tests ahead on home ground.

Three teams share the lead in group B, and their dominance will be put to a test this week: Defending champions Barça take on Paris Saint-Germain HB in the Match of the Week, Lomza Vive Kielce are hosting FC Porto, and Telekom Veszprém HC are playing against SG Flensburg-Handewitt, who are eager to kick-start their campaign after gaining just one point from their first four matches. 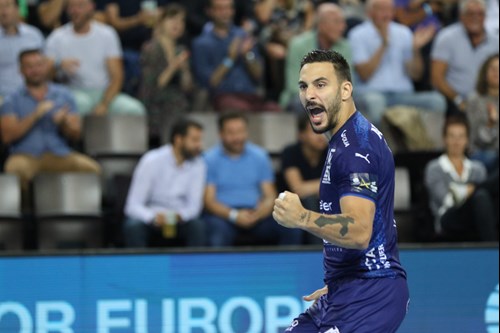 Previous Article Füchse on the hunt for another trophy

Next Article Big names collide in round 1

POWER RANKING: With more wins than any other team after six rounds, the Polish champions are currently the team to beat

LIVE BLOG: Running coverage of the eight matches in round 6 of the EHF Champions League Men 2021/22 on Wednesday and Thursday

FEATURE: The Hungarian side and Dinamo’s Brazilian left back are among the star performers in the first three rounds of the group phase