Some players are just late bloomers, but when they really make it, they tend to dominate the court. That is the case for Odense Håndbold line player Maren Aardahl, who has matured into a top performer over the last three seasons since moving from Norway, where she played for Byåsen HE between 2012 and 2019.

She was already 25 years old when she signed for German champions SG BBM Bietigheim, spending a single season there before moving to Romania, where she played a season for SCM Ramnicu Valcea.

Her strong performances helped Aardahl to be called up to the Norwegian national team for the first time in 2020, where she became a key cog in the Scandinavian side’s defence and helped Norway secure gold at the 2021 IHF Women’s World Championship.

Since 2021, Aardahl has been playing for Odense. The 28-year-old has already sealed her first trophy in a domestic league, securing the Danish title after a hard-fought battle with Team Esbjerg.

But things have not been free-flowing for Odense in the EHF Champions League, with two losses in the first three matches already creating a three-point gap behind third-placed CSM Bucuresti, who the Danish champions will face in the Match of the Week.

“Our season has not started the way we wanted to, because we lost the Danish Supercup against Esbjerg. In the domestic league, we have been playing really well and winning games, but something lacked for us in the Champions League, where we failed to adapt to the rhythm of the opponents,” says Aardahl.

Indeed, Odense provided a perfect game against Most, where they won 41:22, but lost the two away games they played against FTC-Rail Cargo Hungaria, 23:27, and title holders Vipers Kristiansand, 27:34.

Therefore, the match against CSM is critical for Odense’s future in the competition: win and they still have a chance to clinch one of the top two places in the group, which secures a quarter-finals berth. Lose and the gap balloons to five points, which is already a huge margin even with 10 group phase games still left.

Luckily for Odense, Aardahl learnt one thing or two about CSM Bucuresti when playing for Valcea in the Romanian league – especially as Valcea sealed the Romanian Cup and Supercup by clinching a 22:19 win against their rivals in September 2020, with Aardahl scoring three goals.

“Well, I know the team pretty good, but they changed some of the players. They are a very strong squad, with a lot of good players. Maybe I will take on the coach’s hat and deliver the tactical speech and the opponent’s analysis,” jokes Aardahl, who has already scored seven goals this season in the European premium competition.

CSM have bolstered their squad with the addition of centre back Grace Zaadi, who has been their second best scorer in the first three matches, with 14 goals, one less than Cristina Neagu.

But Aardahl thinks she knows what the antidote to CSM’s attacking game is, and she will be front and centre to try and stop it.

“The connection between Neagu and Crina Pintea is very important for them, there is a lot going on there. If we stop it, we have a good chance, but we also need to pay attention to other players, because they have a star-studded line-up,” adds Aardahl.

Aardahl’s journey through handball has been interesting to watch. Five years ago, she was mostly known for being part of Norway’s national team which clinched the gold medal at the EHF Beach Handball EURO 2017.

Aardahl also added a silver and a bronze medal at the IHF Women’s Beach Handball World Championship in 2016 and 2018, before focusing exclusively on indoor handball.

“I cannot say which type of handball I like more, because both of them gave me much. But they are totally different, I liked that after the indoor season, I was going and playing on the beach, which is very satisfying,” she says.

“However, the rules and the tactics are totally different, therefore you have to programme yourself in a different way,” says the line player. 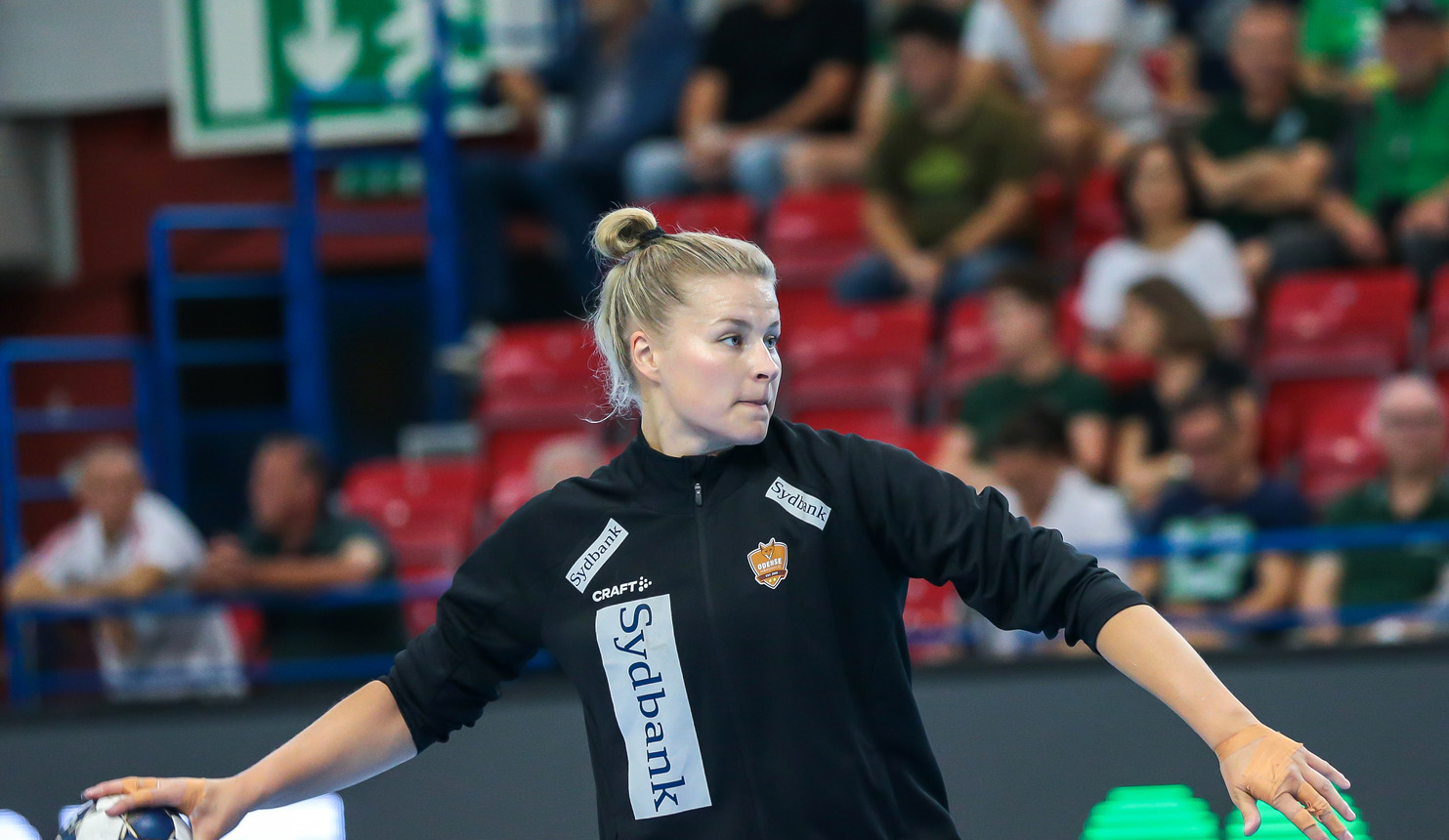 Our season has not started the way we wanted to, because we lost the Danish Supercup against Esbjerg. In the domestic league, we have been playing really well and winning games, but something lacked for us in the Champions League, where we failed to adapt to the rhythm of the opponents.
Maren Aardahl
Odense Håndbold line player

However, representing Norway is still huge for Aardahl, who only has three more matches in the EHF Champions League Women this month before joining up with Norway women’s national team for the EHF EURO 2022.

The reigning champions are, once again, favourites for the trophy, despite three big absences in the squad – line player Kari Brattset Dale and left wings Camilla Herrem and Sanna Solberg-Isaksen.

“They are all pregnant, I am very happy for them. We will be focusing on winning the title, I am very confident that we can do good, because we are a very strong team, both physically and mentally. I am focused on Odense now, but surely we want to do good with the national team,” concludes Aardahl.