After the first leg of qualification round 1 of the EHF European League Men kickstarted the 2022/23 European club season, only a handful of teams are in a strong position to proceed to the next phase.

Hungarian side FTC and Polish team Górnik Zabrze, who secured wins by nine goals and eight goals, respectively, have almost ensured their safe passage to the next round.

Meanwhile, Swedish outfit IK Sävehof are also virtually through after a strong 45:21 win at home on Sunday against AHC Potaissa Turda, while seven other spots will be awarded after next weekend's second leg matches. 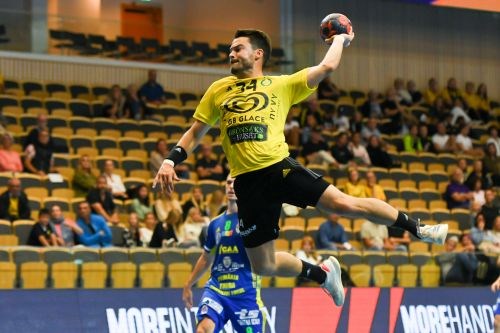 Every goal matters at this stage of the competition and there are some ties, like the one between IFK Kristianstad and RK Trimo Trebnje, or the one between HC Cocks and Aguas Santas Milaneza, where everything will be decided in the second leg.

There is also the case of the Norwegian tie between Kolstad Handball and Drammen HK, where Kolstad will still have to sweat in the second leg after securing a 28:26 win. Kolstad won the game with a strong team display and a monster game from wing Sigvaldi Bjørn Gudjonsson. Goalkeeper Torbjørn Bergerud also had a superb outing – with 13 saves and a 33.3 per cent save efficiency.

Meanwhile, TBV Lemgo-Lippe (39 goals) and FTC (36 goals) produced strong attacking performances to take clear wins, but all 10 ties will ultimately be decided next weekend, when the teams clash once again.

For a full overview of the qualification round 1 results, click here.

We showed that we’re a team that runs a lot and that we have power on the fast breaks. We were solid in defence and Simon Möller had a great performance in goal. I really enjoyed seeing that we kept being focused throughout the entire game.
Michael Apelgren
IK Sävehof head coach

Next Article Esbjerg seeking a return to Budapest

QUALIFICATION ROUND 1 PREVIEW: 20 teams will enter the court with the aim of progressing in the EHF European League Men