Back in the day, Chambery Savoie Mont Blanc Handball was one of the clubs that everybody feared when travelling in the EHF Champions League Men. Barça, Kielce, Rhein-Neckar Löwen and Plock were among the European powerhouses to fall at least once in Le Phare Arena.

Young French right wing Benjamin Richert has only heard of those times. While he arrived in the Alps in 2018, after starting his career in Créteil, the left-hander only played two EHF Cup games, in 2019/2020.

“I would even say they don’t really count, as it was a qualifying round against Aix, another French club,” Richert says.

“It feels like the club has got a story to write in the European League. We are all very young, most of us only played a handful of European games, so we’re facing a blank page right now,” adds Richert, who won gold with France at the U18 EHF EURO in 2016.

When asked about his personal feelings about missing on these European trips while some of the best French players of his generation have been playing the Champions League every weekend, Richert admits: “It is frustrating. You grow up, and you realise that you are missing on it. So that makes me even hungrier about starting this campaign.”

The French club 🇫🇷 is used to European nights and will try to qualify for the Group Phase for the first time since the EHF Cup 2017/2018 as they reached the quarter-finals 💪⛰ @TeamChambe pic.twitter.com/fgb1OrPwuv

Getting ready for Europe

In order to prepare for the EHF European League, Chambery’s staff made the decision to go to Germany for the pre-season, playing against Hannover-Burgdorf and German champions SC Magdeburg in order to get a taste of what is to come.

“The atmosphere in the arenas, the style of play, everything was different. But it was great, and it definitely put us in the right mood,” says Richert.

While Chambery might look like favourites in their opening match against HC Dobrogea Sud Constanta, for the players, things are a little bit different.

“They are a very tough team physically and they have some very good players. We are very young, so the best option would be to win the first leg at home, and then take the biggest advantage possible. But it’s not done yet,” Richert points out. 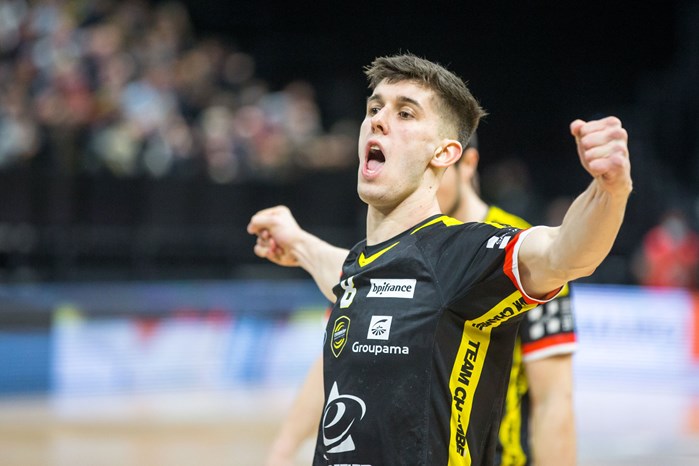 Although their first official game this season will be the first leg against Constanta on Saturday, Chambery do not want their European campaign to end just yet. Even better, they see this qualifying round as a way to unlock the door to a great season.

“To us, the European League really starts with the group phase, so we want to think that we are not qualified yet. That will give us some extra motivation for the qualifying round,” adds Richert.

Chambery might not have a recent European history that speaks for itself, but, as Richert puts it: “It is time to make up for the lost times.”

Previous Article The top 10 transfers which will define this season

Next Article Four young talents to watch this weekend