Barça have consolidated second place in group B after beating their main pursuers Veszprém by 35:30 in the Match of the Week. Thanks to their seventh victory in 12 group matches, they extended the gap to over the  Hungarian side to three points.

Barça back on track

Barça’s defence of the EHF Champions League hadn’t been going to plan with two draws and three defeats in their first 10 group matches. This after a perfect season of 20 wins from 20 in 2020/21.

But after winning both games in 2022 against Bucharest and Veszprém (both by 35:30), the EHF Champions League record winners are back on track and hold the chance to skip the play-offs in their hands, with their remaining matches at Presov against Motor and at home against Flensburg. 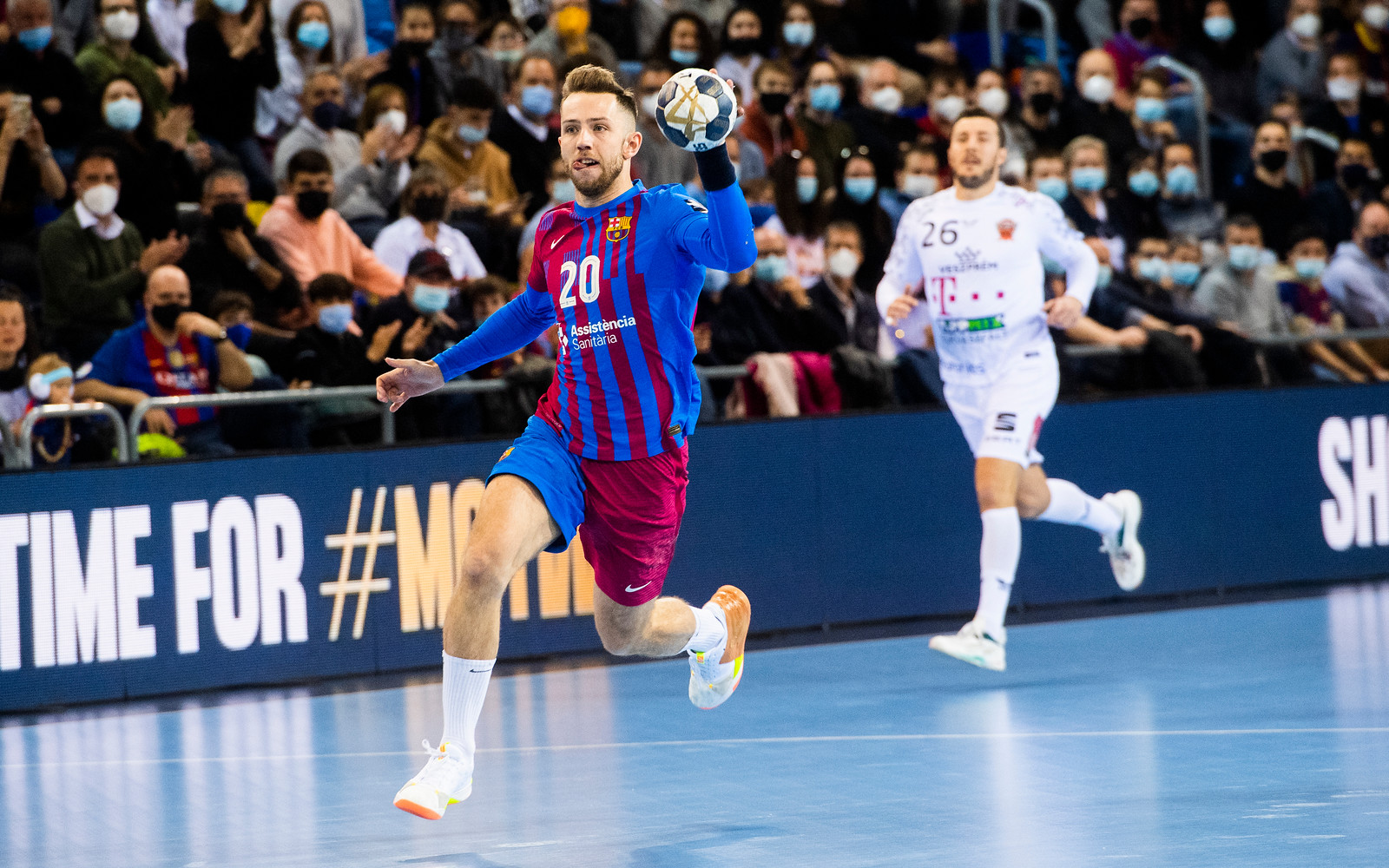 In the first half Gonzalo (Perez de Vargas) was amazing and kept us in the match. Our mistake in the first half was that we missed seven goals. In the second half, both goalkeepers weren’t at the same level but we improved our defence.
Carlos Ortega
Barcelona coach

Next Article Dinamo Bucuresti take first away points in Porto