Amorim finds a new challenge in her love of handball

Now 35 years old, Amorim is reaching the zenith of her career, yet her motivation remains intact. She still is keen on adding to her trophy tally, despite experiencing a new situation: a mid-competition transfer.

With her previous team, Rostov-Don, who have been eliminated from all European competitions, due to the ban imposed by the EHF on all Russian teams, Amorim found herself a new home in April.

In dire need of players with defensive acumen – which Amorim boasts – CSM Bucuresti showed interest in the Brazilian back. The two sides came to an agreement, as Amorim is now ready to help her new side qualify for the EHF FINAL4 for the first time since 2018.

“After my first training sessions here, I can say that everything is okay. My new teammates have helped me a lot, shown me the surroundings and really integrated me into the team,” said Amorim, before making her debut in the Romanian league in a 36:19 win against Magura Cisnadie, a team which featured in the EHF European League Women’s group phase.

One game will surely not make or break Amorim’s career at CSM, after signing a two-month contract, up to the end of the season.

The improvements will not be seen on a day-to-day basis, but rather in the crucial doubleheader against Team Esbjerg, in the EHF Champions League Women’s quarter-finals.

“I really hope that I can help here because, first of all, I love handball very much. I came to Romania with a lot of energy and we really need to step up our game against Esbjerg. Qualifying for the FINAL4 in Budapest would be amazing,” says Amorim.

The experience she brings to the table will be crucial for CSM, who have really suffered in the group phase. Four of their six losses - including away to Esbjerg - came in the last second, painful games, which really hampered the team’s morale.

In fact, CSM lost by a single goal against Esbjerg in the first game, 22:21, and drew the one in the Romanian capital, 29:29. Therefore, despite winning the group and boasting eight points more in the group phase than CSM, the Danish powerhouse might be vulnerable facing a team that not only qualified to the quarter-finals via a walkover against CSKA, but also added experience and panache to their roster. 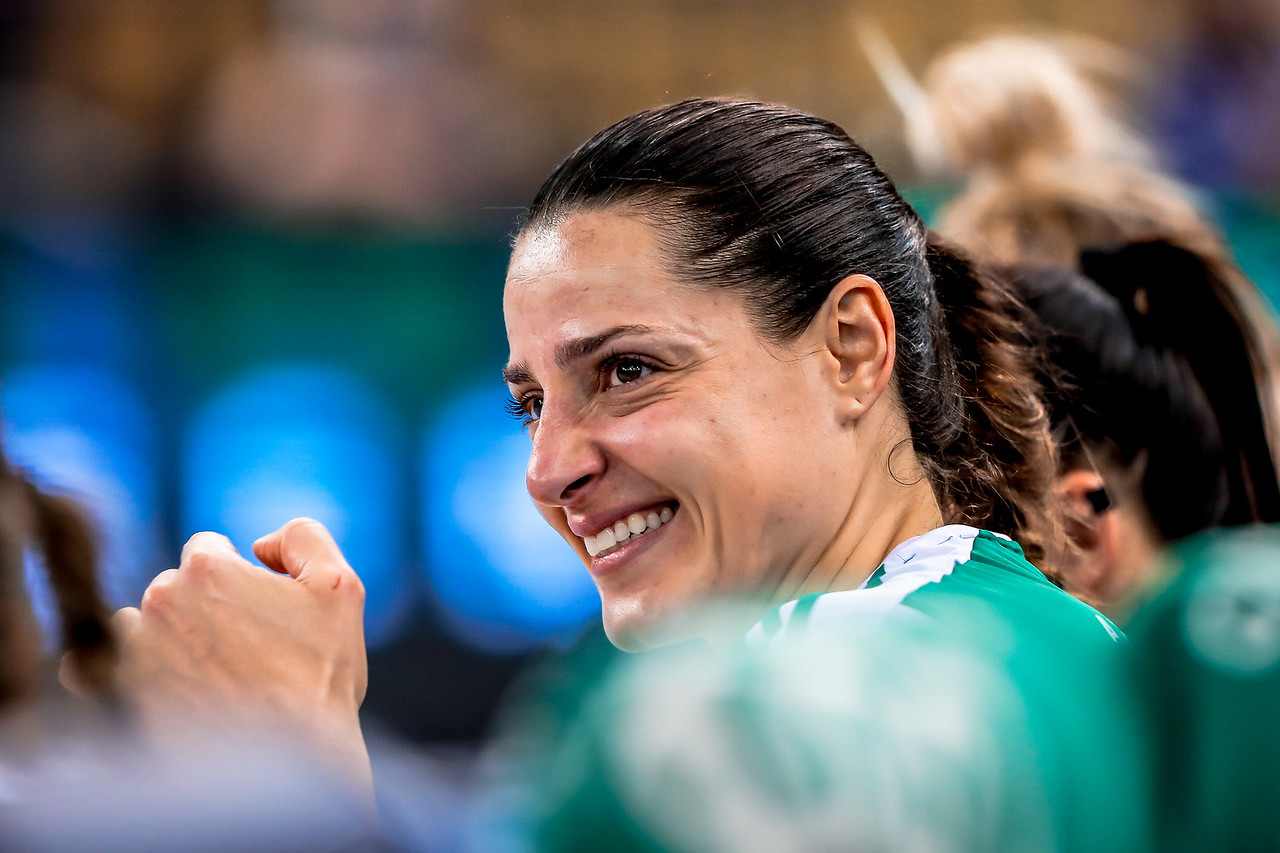 The team looks very good on paper; we have a good roster with experienced players. I cannot wait to start playing properly and improve
Eduarda Amorim Taleska
on her new side CSM Bucuresti

Yet she is also one of the best scorers in the history of the competition, with 743 goals in 17 seasons in the EHF Champions League Women. With an attacking output, left back Cristina Neagu, the top scorer of the season with 94 goals, might be able to catch her breath at times.

The Brazilian left back knows a thing or two about reaching the EHF FINAL4 with her former side, Györi Audi ETO KC. Four of the five EHF Champions League Women wins for Amorim came in this format, but the only final that she lost was against her new team.

In a nail-biting final, CSM won the trophy in the 2015/16 season in their first appearance in the competition and secured a 29:26 win on penalties.

“If you ask me about bad memories, maybe I will not answer,” smiles Amorim in her usual tongue-in-cheek rhetoric.

“It was a difficult moment, but we all have to go through these type of times to become even stronger. We won the trophy three times in a row after that loss, so we learnt something,” says the Brazilian left back.

Whether this particular season will yield another trophy or not for Amorim, tying Fridrikas and Popovic as the players with six wins in the European premium competition, the Brazilian is surely a winner.

Having the hunger to finish such a season on a high is difficult to find in world handball right now and Amorim has already proven to be one of a kind.

As the final chapter of her career is drawing closer, the idea is simple: “I love handball.”