However, both of last weekend's defeated Nordic teams will look to do better at home, as they are aware that a strong comeback will put them through to the final. 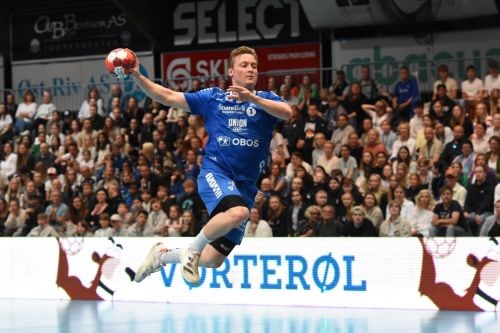 The four semi-finalists are hardly in the same league if we look at their history. While Baia Mare won the IHF Cup in 1985 and 1988, and Drammen triumphed in the Challenge Cup in 1996, Nærbø are playing in their debut season in a European club competition. Having played a number of seasons in Europe without tasting success, two-time Swedish champions Alingsås sit somewhere in between.

No wonder Baia Mare and Drammen are seen as favourites in their semi-final ties, but now they need to defend their advantage away from home.

SEMI-FINAL REVIEW: The homes sides were victorious in the first leg encounters, but their rivals will hope for a strong comeback next weeken…

SEMI-FINAL REVIEW: After a penalty shootout win, Nærbø booked their place in the EHF European Cup Men final in their debut European season

ROUND REVIEW: impressive comebacks and post-match shootouts helped to determine all participants of round 2

ROUND PREVIEW: Round 1 of the EHF European Cup Men 2022/23 will be completed this weekend

Vestmannaeyjar, Zubri and Gracanica progress to round 2

ROUND REVIEW: Three teams secured their progression following wins in double-headers, while the Italian derby is still open after the first…

EHF European Cup Men to throw off on Friday

ROUND PREVIEW: Three round 2 participants will be confirmed following the double-headers in the opening round this weekend

FINAL PREVIEW: The surprise package from Norway hosts their experienced opponents from Romania in the first leg on Saturday