A rejuvenated team with a new vision

Buducnost BEMAX are long-time DELO EHF Champions League contenders with high goals each season and that has not changed this year, despite having a rejuvenated squad.

Head coach Bojana Popovic will have a tough task ahead. With a number of players from the Montenegrin national team departing over the summer, the collection of a few experienced players and young talents must fight hard to progress from group A.

Most important question: Will the new Buducnost be strong enough?

In November 2020 after 11 years, head coach Dragan Adzic left the club and Bojana Popovic took over the helm. With the end of the season many players found new clubs and Buducnost now rely on an almost new team.

“The new competition system has led to the fact there are no easy opponents in the group. There are great teams in group A starting from Brest Bretagne to Esbjerg, who have been strengthened by the best player of the DELO EHF FINAL4 in Budapest. Both CSM Bucuresti and FTC have great lineups. We will not have an easy job,” says head coach Bojana Popovic.

Buducnost want to build a team through EHF Champions League in a slightly different way than in previous seasons. They have gathered young talents, some from the W19 EHF EURO, with a combination with their experienced players that are now already well-known names in the club. It will take some time for new team to find their flow but Buducnost never make such changes without a clear vision. The group phase will tell us whether this young team can keep up with the best.

Under the spotlight: Itana Grbic

The Montenegrin playmaker is one of the most important players in Buducnost rows. She started her playing career Danilovgrad and spent three years in Vardar. No matter that, she is mostly conected with Buducnost. She was part of Buducnost for three seasons and then moved to Romania for a season. She returned to Buducnost in 2020/21 and remains one of the top scorers of the club. In last season she scored 51 goals and as a national team member since 2015 she is one of the most experienced players in the team.

Buducnost’s roster has significant changes as nine players have left the club including Andrea Lekic, Jovanka Radicevic, Milena Raicevic and Allison Pineau. As of now, only four players arrived. Young talents like Bruna Zrnic, who made it into All-star team at the W19 EHF EURO, and 22-year old Natasa Corovic was one of the best scorers in the Montenegrin League. The squad is bolstered with the experienced Serbian Ivana Mitrovic.

‘’We are looking forward to the news season of the EHF Champions League, just to keep everyone healthy. We have brought a few new players and some from the under 19 generation. We will prepare for the great challenge that awaits us.

“It is not going to be an easy job, but we will try to do our best. It is a pleasure try to achieve something that initially seems to be unattainable. We will try to find a way to a good result and we want to be god and strong competitors,” says Popovic. 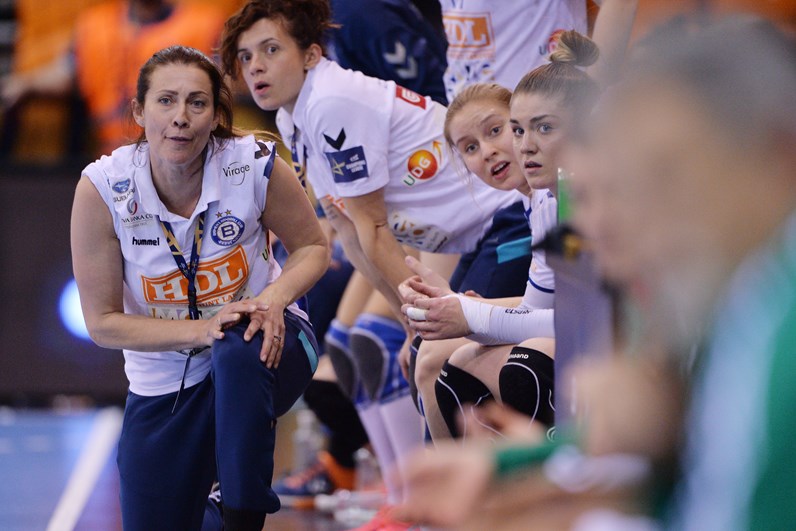 New head coach Bojana Popović is one of the best players of all time. She has many medals in her showcase. Among many shiny once there are six EHF Champions League trophies and of them was Buducnost’s first European trophy.

Buducnost will reach the milestone of 280 games played in the DELO EHF Champions League. They are currently on 276 matches played. All that in a season that marks ten years since lifting their first EHF Champions League trophy, beating the Györ in the final.

This is Me: Carlos Ortega

GROUP A REVIEW: A 10:3 start in the second half helped FTC-Rail Cargo Hungaria seal their first win of the season