16 teams seek spot in next qualification round

Ten matches this weekend, including two double-headers, decide which eight teams will join LC Brühl and 15 seeded sides in qualification round 3 of the EHF European League Women 2022/23.

Several teams are entering the second leg as big favourites after securing impressive away wins in the first leg, most notably former EHF Cup champions Siófok KC, who boast a nine-goal lead against MKS FunFloor Lublin. 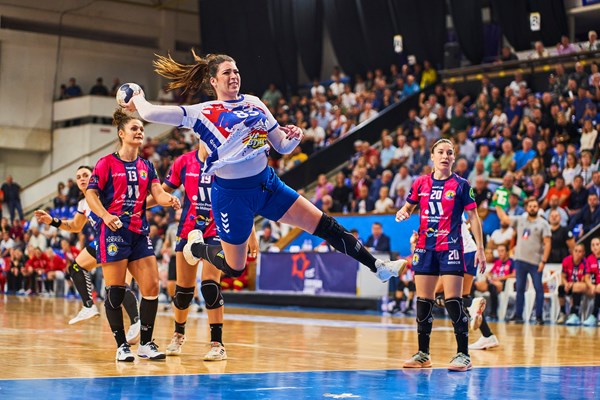 Teams get ready for crunch time

Denmark’s Ikast Håndbold, Hungary’s DVSC Schaeffler, France’s Paris 92, and Norway’s Molde Elite will start their EHF European League in the group phase. The quest for the remaining 12 spots is open.

As previously proven by Les Neptunes des Nantes in the women’s competition and SL Benfica in the men’s event, a team can win the trophy even if they started from the first qualification round.

There are surely sides which can be dark horses, like Siófok KC, who are boasting a nine-goal lead ahead of the second leg against MKS FunFloor Lublin, or SCM Gloria Buzau, who are trying for the third year in a row to progress to the group phase, with a strong and well-balanced side that need to take care of Costa del Sol Malaga after a one-goal win in the first leg.

Previous Article It is “all about the future” for stable Sweden

Next Article This is me: David Barrufet

Away wins headline the start of the EHF European League Wome…

QUALIFICATION ROUND 2 REVIEW: Six teams secured away wins in the first leg of the qualification round 2 of the EHF European League Women, ta…

ROUND PREVIEW: Nine berths for the next qualification round are at stake when the season opens this weekend

ROUND REVIEW: The two teams from Germany and Hungary win doubleheaders; other ties to be decided next weekend