Adrenalin, big score swings and unpredictability. Handball brings everything to the table when needed, especially at the top level, when, on any given day, an underdog can upset even the biggest favourite.

However, as in any other sport, there are some matches when time stands still and fans start to count down the seconds before throw off weeks in advance.

Those are the big rivalries, the most-anticipated games, which arouse the biggest interest and spark the big debates between fans.

You have to dig deep to find a longer rivalry than between these two sides. Although Celje and Zagreb are not currently at the heights of their golden days, when they were vying to win the trophy, they will still fight to the last breath for a win in the European premium competition.

They have met 22 times in the EHF Champions League Men, with the wins being split fairly equal: Zagreb won 11 games and Celje 10, while one game ended in a draw.

However, Celje won the last three mutual games between the two sides, including two in the last season’s group phase. Both teams rely on young, fresh blood, as they are looking to tap into local talent.

Yet for Zagreb’s right back Ziga Mlakar and Celje’s goalkeeper Filip Ivic the trip down memory lane will bring a lot: Mlakar plied his trade for Celje between 2015 and 2018, while Ivic spent six seasons at Zagreb before leaving in 2016. 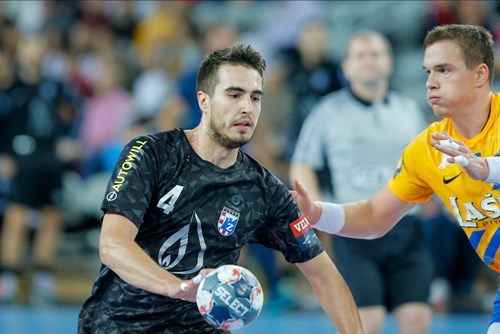 A Hungarian-Romanian rivalry will always be heated, but games between these two sides are always played out against a background of cheers and respect from home and away fans, even as the teams clash on court.

There were three EHF Champions League semi-finals featuring Györ and Valcea between 2010 and 2013. The Hungarian club progressed twice, including to the 2012/13 final. Meanwhile Valcea’s financial troubles saw the Romanian side navigating through difficult waters until the last season, when they were back in the European premium competition.

After a six-year break, their rivalry was renewed. Györ had little trouble disposing of their Romanian rivals, winning their two encounters 29:20 and 35:29. But Valcea vowed to come back stronger and will surely test Györ in the current season, when they meet in group B.

Györ also hold the edge in the head-to-head, winning nine of the 16 mutual games against just six for Valcea against the Hungarian powerhouses.

They have played 20 matches in European competitions, but nothing can separate them. The history between Veszprém and Kiel dates back to 1996, when the two powerhouses first met in the group phase of the EHF Champions League.

Since then, Kiel and Veszprém have renewed their rivalry 18 more times, and the balance is deadlocked: 10 wins for Veszprém, 10 for Kiel.

Notable games between the two sides feature three semi-finals in the EHF Champions League, including a vintage match in the 2015/16 season. That game resulted in a 31:28 win for Veszprém, after a nail-biter which featured extra time.

However, after returning to the European premium competition after a one-season hiatus, Kiel dominated Veszprém last season. They topped their group with two wins against the Hungarian side – although both teams progress to the EHF FINAL4, due to the ongoing Covid-19 pandemic.

Fresh faces are always emerging in the European top competitions, but this does not mean that rivalries cannot develop quickly, especially when talking about the strongest teams.

Both Metz and Rostov are eyeing the big trophy and forged their rivalry facing each other in the DELO EHF FINAL4’s semi-final in 2018/19.

A nervous Metz side looking to progress to the final for the first time were taught a lesson by a sturdy Rostov, 27:25. However, the French club showed their strength last season, when they won both games in the main round of the European premium competition.

Therefore, Metz hold the advantage with seven wins out of nine games between the two sides, but Rostov’s defensive masterclass could be hard to beat this season.

The teams meet first in round 5 on 17/18 October, before Rostov are welcomed to France in round 10 in early January. That will surely be a special game for Grace Zaadi, the French playmaker who has left Metz after 10 years to join Rostov. Zaadi, 27, will doubtless be welcomed back by the fans into the “Les Arenes de Metz” after her superb service to the French side.

Two finals in the Champions League – one won by Kiel, the other one by Barça – another final clinched by Kiel in the Men’s EHF Cup and 25 games between the two sides during their European history.

It hardly can get any better and, after three years, Barça and Kiel will renew their rivalry between the top handball clubs in Europe.

The two sides have won the EHF Champions League 12 times between them, seven of those titles coming in the past 20 years.

Moreover, there is almost nothing separating the two sides: Barça won 12 games, while Kiel are trailing close, with 11 wins, with two games finishing in a draw.

With both sides being offensive powerhouses, both group phase games this season look set to be must-watch handball for handball fans.

They have met only four times in the EHF Champions League, but two of those clashes came in Cologne, at the business end of exciting seasons.

One season later, PSG avenged the loss with a bitter win, 29:28, in the 3/4 placement match in the EHF FINAL4, capping their second-best season in the European top competition.

This time, however, the two sides look to be at opposite ends of the spectrum. While Vardar still retain their dream of a lengthy trip in the competition, most of their foreign players have left, as the team entered a rebuilding phase. In contrast, PSG still have a plethora of stars at their disposal and are eyeing their first ever trophy in the EHF Champions League. 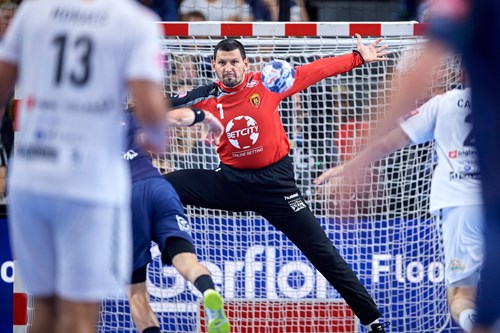 Buducnost (258 games) and Györ (216 games) are ranked first and third among the teams that have played in the Champions League and have also won the most games in the history of the competition.

Therefore, a rivalry is a given between the two powerhouses, who won seven of the last eight trophies in the European premium competition.

The two sides met 21 times – a record in the DELO EHF Champions League – including in three finals. But while Buducnost won two of those finals, Györ hold an overwhelming head-to-head record: 14 wins out of the 21 games, as opposed to just three wins for Buducnost.

Several players have represented both teams in the last seasons. Andrea Lekic will make her comeback in Györ as a Buducnost player after spending two seasons in Hungary, while right wing Jovanka Radicevic, last season’s top goal scorer, also played for Györ between 2011 and 2013, winning the trophy once.

Vote for your favourite clash

FEATURE: What stood out in 2020/21? Our journalists give their opinions and agree on only one thing — Dika Mem was the biggest star

OFFICIAL STATEMENT: The German club was sanctioned for failing to travel to Nancy for two DELO EHF Champions League play-off matches against…

The season is over, what is next?

NEWS: Details of the key dates leading up to the start of the 2021/22 season

NEWS: Barça's return to the throne at the EHF FINAL4 has received widespread coverage in the media - and not just in Spain

Wiederer: "2022 will be the biggest celebration of handball"…

NEWS: The European Handball Federation is already looking ahead to the EHF FINAL4 2022

Five things to remember from the 2020/21 season

FEATURE: A handful of takeaways from the EHF Champions League Men season that ended with the favourites lifting the trophy

FEATURE: A goalkeeper was named MVP of the EHF FINAL 4 for the second time, with a fellow Spaniard becoming top scorer

Barça lift the trophy at the end of perfect season