German-French duels and campaign openers ahead

Group A is topped by unlikely leaders ahead of round 2 of the EHF Champions League Men 2020/21, as Elverum and Meshkov Brest are the frontrunners, with Paris and Szeged not having played their opening clash. Together with Flensburg, the three teams that won their first games will have the ambition to add more points, with all three playing away from home this week.

In group B, the German-French duels continue with the away match of Nantes at Kiel. Like THW, all the first-round winners (Aalborg, Veszprém and Barça) will have home matches against the losers of the opening games. Also, the brothers Blaz and Mitja Janc will duel in the theatre of handball dreams, Palau Blaugrana.

One match scheduled for round 2, Vardar vs Elverum, has been postponed due to restrictions. 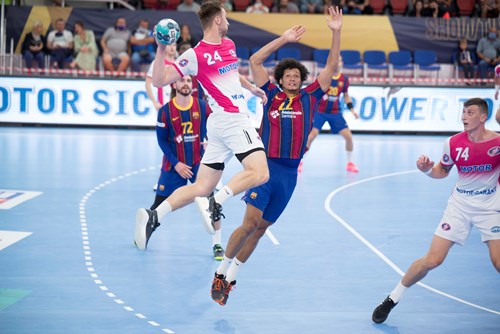 CSM back on top after steamrolling Bietigheim

GROUP A REVIEW: The Romanian powerhouse won their fourth game out of five this season with ease against Bietigheim