Another scintillating edition of the EHF FINAL4 is now over, with two attendance records for club women’s handball matches set, four exciting matches and a champion, Vipers Kristiansand, who definitely deserved the crown after delivering their best performances of the season exactly when it mattered the most.

But what are the main takeaways after four exciting games that saw several records broken in the European premium competition?

The fifth team to retain their title in the history of the EHF Champions League Women, Vipers Kristiansand, delivered a sublime performance in Budapest. Vipers put up a strong performance over the weekend in the MVM Dome against Metz Handball and Györi Audi ETO KC to retain the title in the European premium competition.

On paper, the Norwegian powerhouse did not have the strongest roster or the biggest depth, but their excellent teamwork and experienced core just clicked at the right time to provide exactly what it was needed during crunch time.

Katrine Lunde’s amazing saves and impressive dedication to the cause, Nora Mørk’s selflessness or the strong defensive nucleus which moved like a well-oiled machine are just few of the answers that Vipers provided to the biggest of questions asked by their rivals.

The Norwegian side did not back down when they were three goals down against Györ in the final, or when Metz Handball turned a five-goal deficit to a one-goal lead late in the first half of the semi-final.

Their calm was definitely due to the experience of the players and everyone contributed in their way to help the Norwegian side win the second title in as many years in Budapest.

Gjekstad confirms elite status in Budapest
The All-Star coach of the 2020/21 season in the EHF Champions League Women, Ole Gustav Gjekstad, confirmed his credentials this season.

Gjekstad has an impressive career behind him, having already coached a Norwegian powerhouse, Larvik HK, between 1999 and 2005. The Norwegian coach lost a final against Györ in the 2012/13 season, after he returned to Larvik, but also won the title as an assistant coach to Tor Odvar Moen in the 2010/11 season, when Larvik beat Ambros Martin’s Itxako.

A happy coach in Budapest, Gjekstad made the right tweaks at precisely the right moments. For example he deployed a seven-on-six attack when Györ were moving to a 5-1 defence, forcing the Hungarian side to revert to a 6-0 traditional approach. He also created the perfect defensive block to stop Györ’s powerhouse attack, with Ana Debelic and Zsuzsanna Tomori forging a fortress in the centre of the court.

With his approach, Gjekstad confirmed his impressive approach to handball to help Vipers extend their domination in the last two seasons.

Györ go back to the drawing board

Györi Audi ETO KC had everything running in their favour. They came to Budapest boasting the strongest attack and the best defence in the competition, only to come up short in the final.

The Hungarian champions put together a 13-game winning streak during the season, and finished the competition with 16 wins and two losses – both of which came against Vipers Kristianstad.

It is difficult to pinpoint exactly what went wrong for Györ, a team whose resilience earned plaudits during the last seasons and whose ability to make comebacks after putting themselves in difficult situations was overwhelmingly praised. But this time around, there was no comeback and the solutions in attack were totally absent.

The final against Vipers was one of the worst attacking performances in recent memory for Ambros Martin’s side, who converted only 52 per cent of their attacks and turned the ball over 11 times.

Centre back Stine Bredal Oftedal was limited due to a recent muscular injury, back Veronica Kristiansen did not have her best outings in Budapest, while their wings only converted 60 per cent of their shots.

Györ might have had the best goalkeeping unit in the EHF Champions League Women on paper, but Amandine Leynaud, Silje Solberg and Laura Glauser combined only for 10 saves against Vipers, a 23 per cent saving efficiency, which ultimately proved insufficient for the Hungarian side to clinch the trophy.

Final salvo in the current iteration for Metz Handball

For Metz Handball, it felt like this was going to be the last chance in the next seasons to clinch the trophy, as a big exodus is coming for the French side this summer. Goalkeeper Ivana Kapitanovic, backs Meline Nocandy, Grace Zaadi and Orlane Kanor, right wing Adriana Cardoso and line player Astrid Ngouan will leave the team.

Coach Emmanuel Mayonnade confirmed this in the press conference after the 3/4 placement match won against Team Esbjerg, yet praised his team’s spirit and dedication.

“It was a special team,” said Mayonnade, who will have a serious rebuilding project on his hands.

Yet Metz, who sealed the French league title and won their first-ever EHF FINAL4 match over the last 10 days, were definitely happy with their achievements, despite failing to make the final after the loss against Vipers on Saturday. Whether or not Metz make it to Budapest next season, the lingering feeling was this was the time when the French side could have made it happen.

Neagu steals the show, despite not playing in the EHF FINAL4

The All-star Team of this season was announced on Friday, with four players from Györ and one from each of FTC-Rail Cargo Hungaria, CSM Bucuresti, Vipers, Team Esbjerg and Brest Bretagne Handball making the cut.

The MVP award for the EHF FINAL4 was sealed by the top scorer of the tournament in Budapest, Vipers back Marketa Jerabkova. Jerabkova scored 19 goals, including a 12-goal outing against Metz Handball, the second-best individual performance in the history of the EHF FINAL4.

The competition was still open for the top goal scorer award for this season, as Romanian left back Cristina Neagu had a seven-goal advantage over Nora Mørk before the Norwegian right back took the court in the final match of the season.

Despite being in the run, Mørk, the traditional penalty taker for Vipers, deferred the task in the final to centre back Isabelle Gulldén, who converted five of the six penalties she took.

In the end, Mørk won the Champions League title, but finished second in the top goal scorer standings, with 107 goals, three less than Neagu. Neagu won the title for the third time, a record in the competition, which she now shares with Natalia Morskova and Nataliya Derepasko. 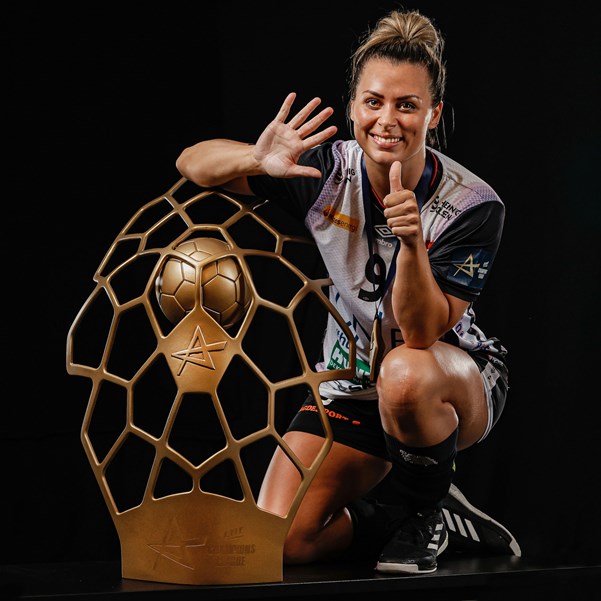 Mørk will definitely be one of the top players to have ever donned the court in the EHF Champions League Women and now she also has the numbers to back it up, after winning the trophy for the sixth time in her career, after already securing wins with Larvik HK, Györ and Vipers.

The Norwegian right back, who also missed more than two seasons due to knee injuries and has undergone nine surgeries to repair the damage, tied two all-time greats in the number of titles won in the European premium competition, Ausra Fridrikas and Bojana Popovic.

The three have also been joined by Katrine Lunde, the outstanding goalkeeper, who sealed her sixth trophy at the age of 42. Lunde previously won the competition with Viborg HK, Györ and Vipers and will try to make it seven next season, when she still be the number one goalkeeper for the reigning champions. Mørk, however, will move to Team Esbjerg. 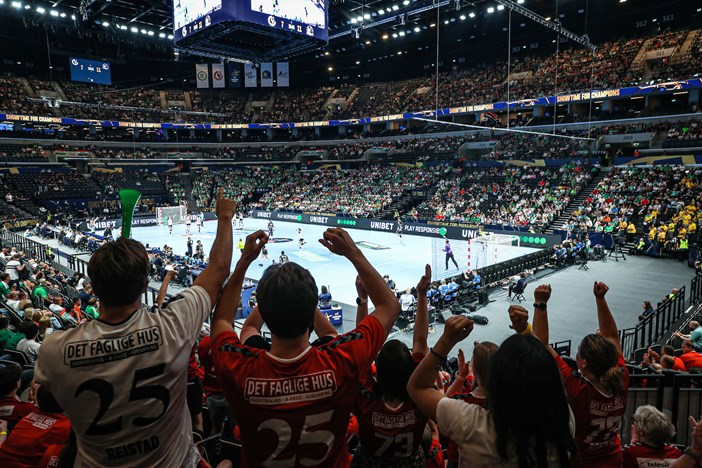 The eighth edition of the EHF FINAL4 was played in Budapest, but moved from the traditional Papp László Budapest Sportarena to the brand new MVM Dome, which proved to be an amazing venue for the business end of the European premium competition.

The popularity of women’s handball has been on a steep rise in the past decade and the top event of the season has constantly set records, with fans from different countries flocking to see their favourites in action.

This edition of the EHF FINAL4 also set the record for the number of goals scored in the four games played in Budapest – 241 – topping the previous record set last season of 230 by 11 goals.

Previous Article This is me: Marketa Jerabkova

Next Article Stats say: Goalkeepers and development key for Vipers