After Romanian side CS Minaur Baia Mare reached the EHF European Cup Men final on Saturday, Nærbø IL booked their place in the final on Sunday.

Following a three-goal defeat at Drammen HK in the first leg of their all-Norwegian semi-final, Nærbø won the return leg by the same 30:27 scoreline and advanced after winning a dramatic penalty shootout. 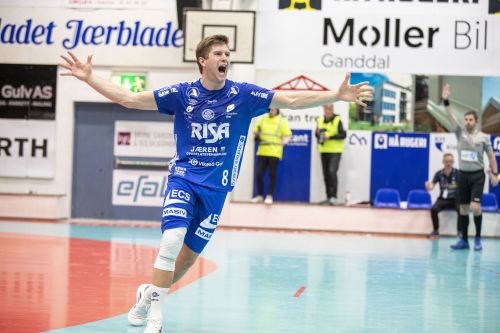 Nærbø, who had eliminated the ambitious Kolstad Handball in a Norwegian league quarter-final earlier this week, made their fans happy again by reaching the EHF European Cup Men final.

Playing in their first season in a European club competition, Nærbø have already done a great job – and now they are just one step away from claiming the EHF European Cup title.

ROUND PREVIEW: Titleholders must overcome two-goal deficit against BK-46 in round 3 of EHF European Cup Men