In the first match of a double-header in group A of the EHF European League Women between Sola HK and Motherson Mosonmagyarovari KC, Sola overran their opponents in Norway to claim their third consecutive win.

With amazing performances by Camilla Herrem and the goalkeeper duo of Amalie Frøland and Tonje Haug Lerstad, Sola remained strong until the final buzzer. Mosonmagyarovari KC trailed by seven at half-time and could not close the gap in the second half. The closest that they came was 14:18 in the 37th minute.

Leader of the team
Sola performed strongly from the beginning until the end. The defence — mainly 6-0 — was very strong throughout and helped both goalkeepers a lot. Amalie Frøland ended her time between the posts with 10 saves from 26 shots (38 per cent) and Tonje Haug Lerstad added another four stops.

However, one familiar face stood out on Friday night. In the true manner of a leader, Camilla Herrem scored 12 times from 15 attempts. The Olympic, world and European champion with Norway once again proved her left wing shots and seven-metre throws are hard to stop, while still giving her best on fast breaks.

I’m proud of the team today. They followed our game plan, and despite a rough start to the second half, they managed to keep calm and find our way to play handball. Just in two days we meet the same opponent and we will go for another victory.
Steffen Stormo Stegavik
Head coach, Sola HK 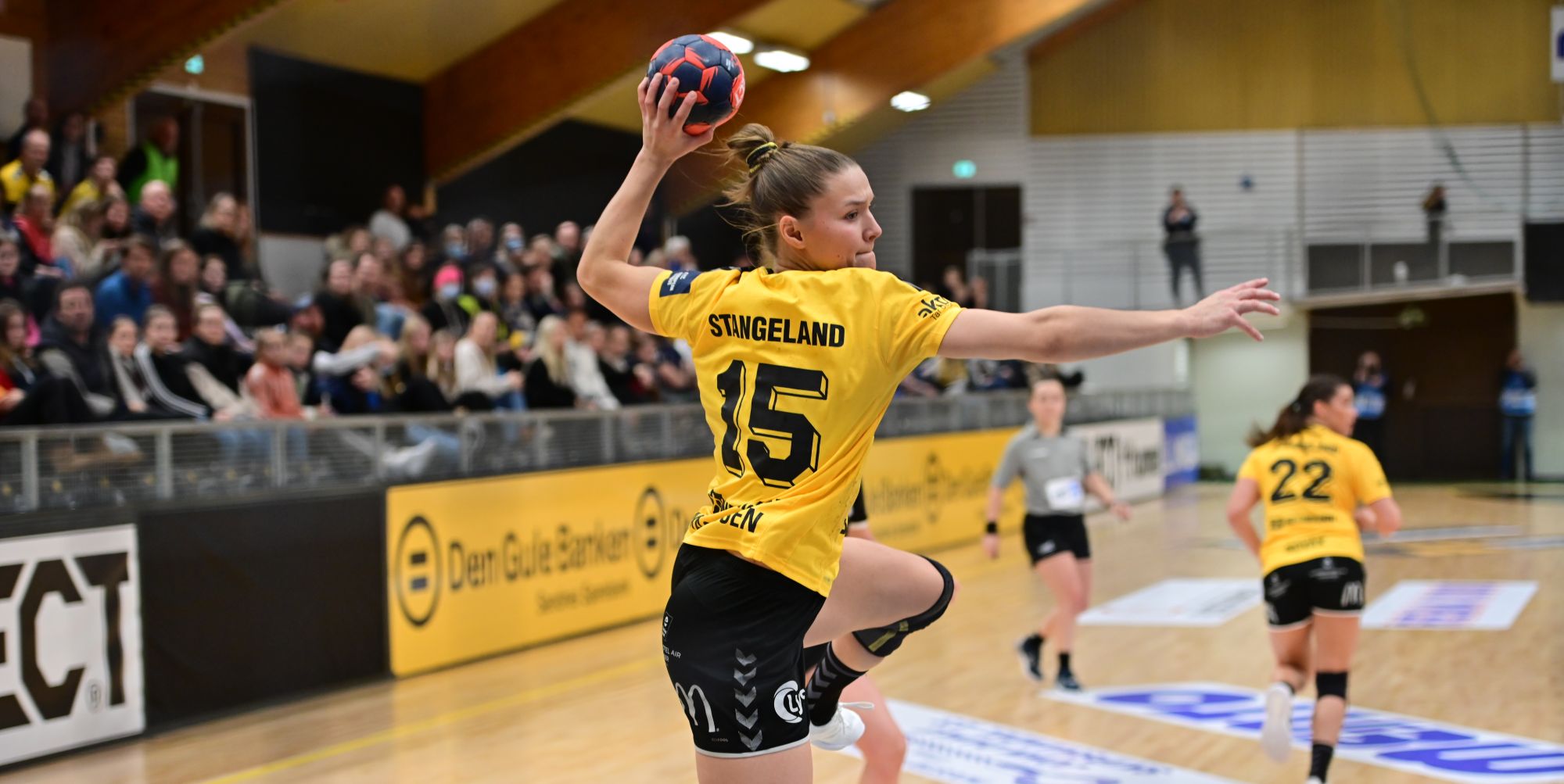 This game gives us a great advantage for the next game. We played good handball, and our defence was great. Now it’s all about restitution, so we are ready for a new game just in two days.
Maja Magnussen
Right wing, Sola HK