The groups for this year’s ebt Finals in Torrox, Spain, have been announced as the countdown towards the first EHF beach handball tournament of the summer continues.

Between 3 and 6 June, 14 women’s and 16 men’s beach handball teams from across Europe will compete on the sand in southern Spain.

Torrox, which lies 30 minutes drives from Malaga, was awarded hosting rights for the competition at December’s EHF Executive Committee meeting.

Having confirmed the line-up for qualified teams late last year, the final part of the process was to distribute the teams. So last week, the men’s tournament saw the 16 teams divided into four groups of four nation, while in the women’s event two group of seven teams.

In the men’s event, reigning champions from the 2019 competition Pinaturas Andalucia BM Playa Sevilla, have been placed into group D alongside TSHV Camelot, V. Gaw and HEI Beach handball. 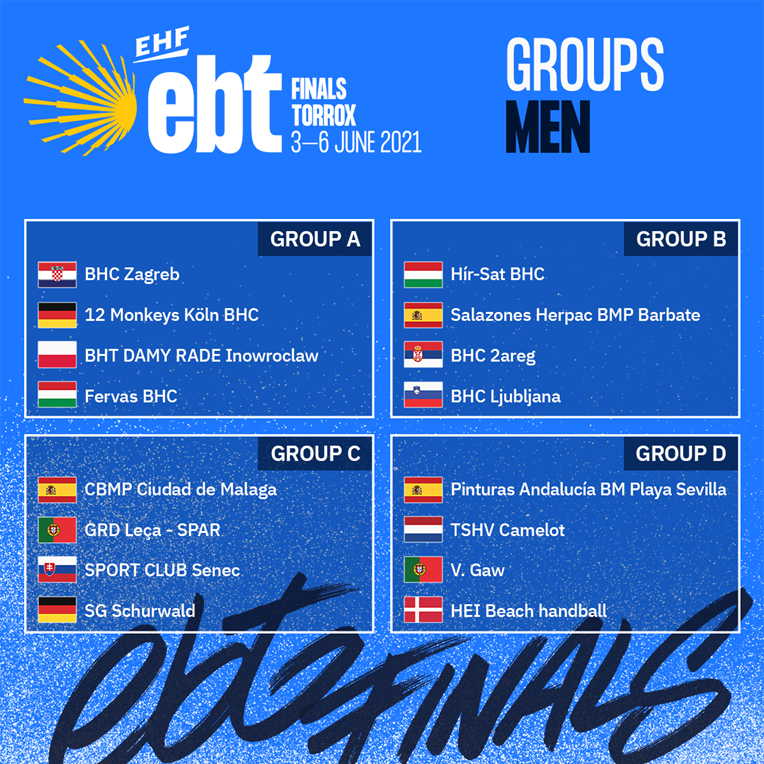 On the women’s side the 2019 champions Club Balonmano Playa Algeciras have changed their name to CATS A.M. Team Almeria and will line-up in group B. 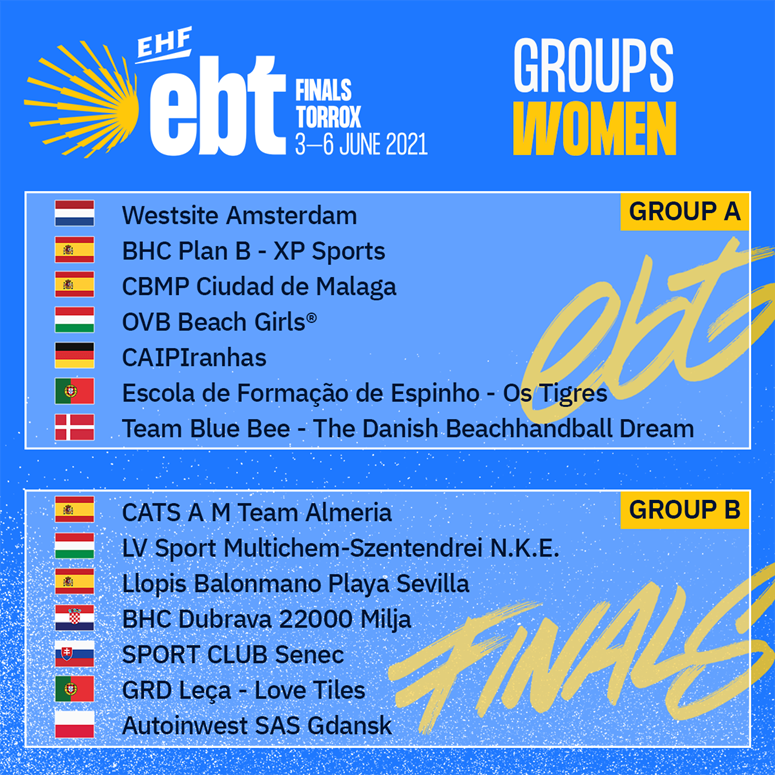 Previous Article Meet the EHF EURO 2022 mascot... and give him a name!

Our guide to every single EHF Beach Handball EURO in history continues with the third event, which in 2004 was held in Alanya in Turkey

Our guide to every single EHF Beach Handball EURO in history continues with the second event, held in Cadiz in 2002

Our guide to every EHF Beach Handball EURO in history begins with the first, in Gaeta in the year 2000

NEWS: The groups for the preliminary round of this year’s EHF Beach Handball EURO have been decided

NEWS: The fate of 18 nations involved in each of the under-age category EHF Beach Handball EURO events has been revealed

NEWS: Watch and learn a variety of new beach handball training drills in videos launched by the EHF

NEWS: 18 women’s and 19 men’s teams have put their name in the hat for this season’s beach handball highlight event

NEWS: Countdown to the beach handball season opener is on with qualified teams called to register for the ebt Finals 2021