All is set for the eighth EHF Beach Handball Champions Cup in Portugal next week. Europe’s leading teams will fight for the prizes in the men’s and the women’s event as more history will be added to the annual highlight at the end of the beach handball season.

Porto Santo, Madeira will stage the EHF Beach Handball Champions Cup 2022 on 20-23 October, as Portugal is hosting the event for the first time.

The Champions Cup has established itself as a true highlight on the beach handball calendar since its inauguration in 2014.

Each year, except for pandemic-hit 2020, Europe’s leading beach handball club teams have gathered towards the end of the season to battle it out for the coveted trophy – for the first years in Spain, then in Italy, and now in Portugal…

… which means 2021 women’s champions GRD Leça - Love Tiles are defending their title on home court, a year after they became the first ever Champions Cup winners from Portugal, female or male. 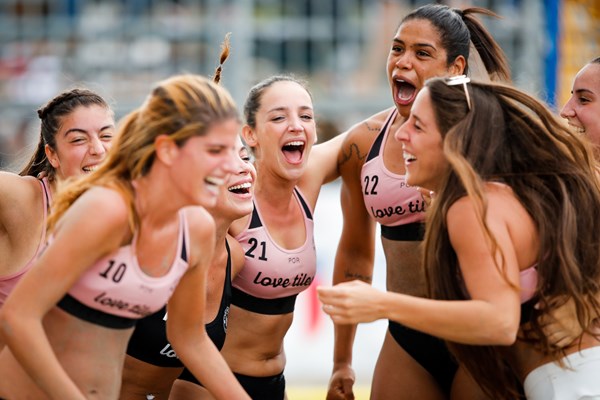 CBMP Ciudad de Málaga are the men’s defending champions after the Spanish lifted the trophy for the second time last year.

One of Málaga’s key players is defender Vladimir Palomino Fidalgo.

“To me, the Champions Cup has always been the most important tournament of the season for clubs,” says Palomino, who won the event in 2016 and 2021 and won silver in 2017.

Last year’s run to the trophy stands out for Palomino.

“Throughout the tournament we played without pressure, enjoying every day in and out of the court,” he says. “I was also lucky enough to participate as a coach for the Caipirinhas (German women’s team, red.) and enjoy an amazing new experience for me.” 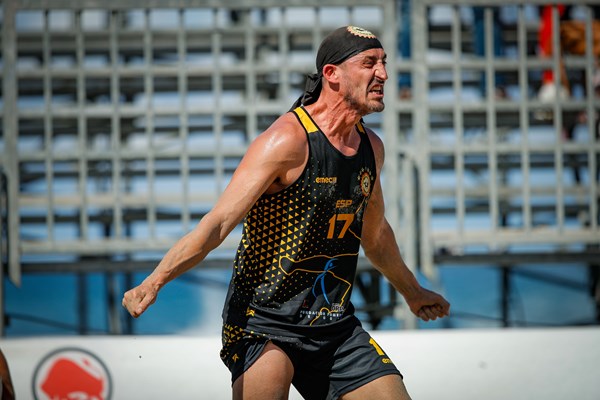 On the women’s side, TT Sport Multichem Szentendrei NKE are the most successful participants through the years, with two gold, one silver, and one bronze medal – while they finished fourth last year.

“It will be our seventh Champions Cup and it is very important for us every year. This is the place where the champions meet in a great atmosphere. Everyone here wants to be the best team in Europe,” says Szentendre player Fanni Fribesz, who has the best memories of the 2015 edition at Gran Canaria.

“It was a very special place and there we became champions for the first time,” she recalls.

While the seven Champions Cup events so far had winners from just three different countries on the men’s side (Spain and Russia each three times, Croatia once), the female winners represented four countries (Spain three times, Hungary twice, Norway and Portugal both once).

An overview of the medallists of all seven EHF Beach Handball Champions Cup events can be downloaded here.

FEATURE: We sat down with Renáta Csiki a big name in the Hungarian beach handball scene and on the international stage and talk her past, in…

FACTS & FIGURES: On the eve of 2023, we take a look at the EHF beach handball year that was