Croatia and Germany have won gold medals in beach handball at the World Games 2022 in Birmingham, USA.

In the men's beach handball event, Croatia topped their preliminary round group after beating Qatar and New Zealand in straight sets. Despite suffering a loss to Argentina in the main round, Croatia advanced to the semi-finals, where they beat the United States two sets to one.

Croatia lost the first set of the men's final against Qatar 17:14 — but bounced back to win the second set 20:16. Ivan Dumencic, who top-scored in the final with 15 points, sealed the gold medal for Croatia when his one-point shot made the score 9:6 in the shoot-out. 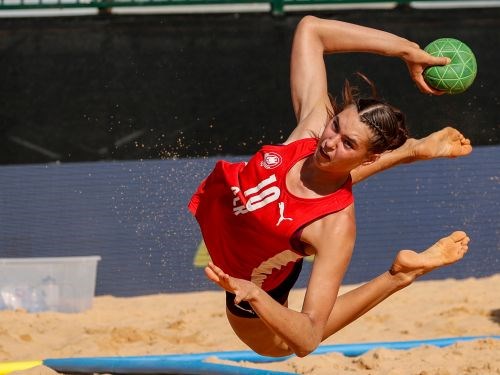 While Croatia were the only European participants in the men's competition, Norway and Germany both participated in the women's competition. Germany won all of their five matches in the preliminary round, including a shoot-out victory win over Norway, and they subsequently beat the United States two sets to nil in the semi-finals.

Norway defeated Argentina in straight sets in the semi-finals to set up a second clash with Germany. Despite Maren Sjaamo scoring 14 points in the final for Norway, Germany narrowly edged both sets — 15:14 and 9:8 — to claim the gold medal. Amelie Möllmann top-scored for Germany in the final with 11 points.

Previous Article How do you stop two unstoppable attacks at the M20 EHF EURO 2022?