It has been a good run so far for the European sides at the IHF Superglobe 2022 in Jeddah, Saudi Arabia with Lomza Industria Kielce, Barça and SC Magdeburg all reaching the semi-finals.

The newly expanded Superglobe reaches its 16th edition and for the third time in history, the event is being organised by the Saudi Arabian Handball Federation. This year's edition saw four groups of three teams consisting of the winners of the continental tournaments, the defending champion, 2 host teams and 2 wild card teams battle it out. With only the top team from each group making it to the knock-out round.

From Europe, we saw Lomza Industria Kielce, Barça, SC Magdeburg and SL Benfica take to the court, with the Portuguese being the only side from Europe failing to progress to the semi-finals.

Group A: Magdeburg too strong hosts and Australian test

Machineseeker EHF Champions League side SC Magdeburg opened their campaign against Sydney University on the opening day of the event and after the first 30 minutes of handball they showed their superiority running up a 20:8 half-time lead. And there was no letting up for the German side in the second half as they won the half by +18, seeing out the game 41:23. Lukas Mertens was brightest for the German side with his seven goals while Lucas Meister also had a good outing netting six.

From there, it was onto facing the hosts on the 19 October where Khaleej offered a much sterner test for the Bundesliga champions with the score reading 17:14 to the German side at the break. However, Bennet Wieger & Co were able to maintain the gap over 60 minutes, winning 35:29. Again it was Mertens who was sharp in front of goal netting five and his Swedish winger and teammate Daniel Pettersson matches his five goals.

SC Magdeburg will face Al Ahly from Egypt in the semi-finals on 22 October. 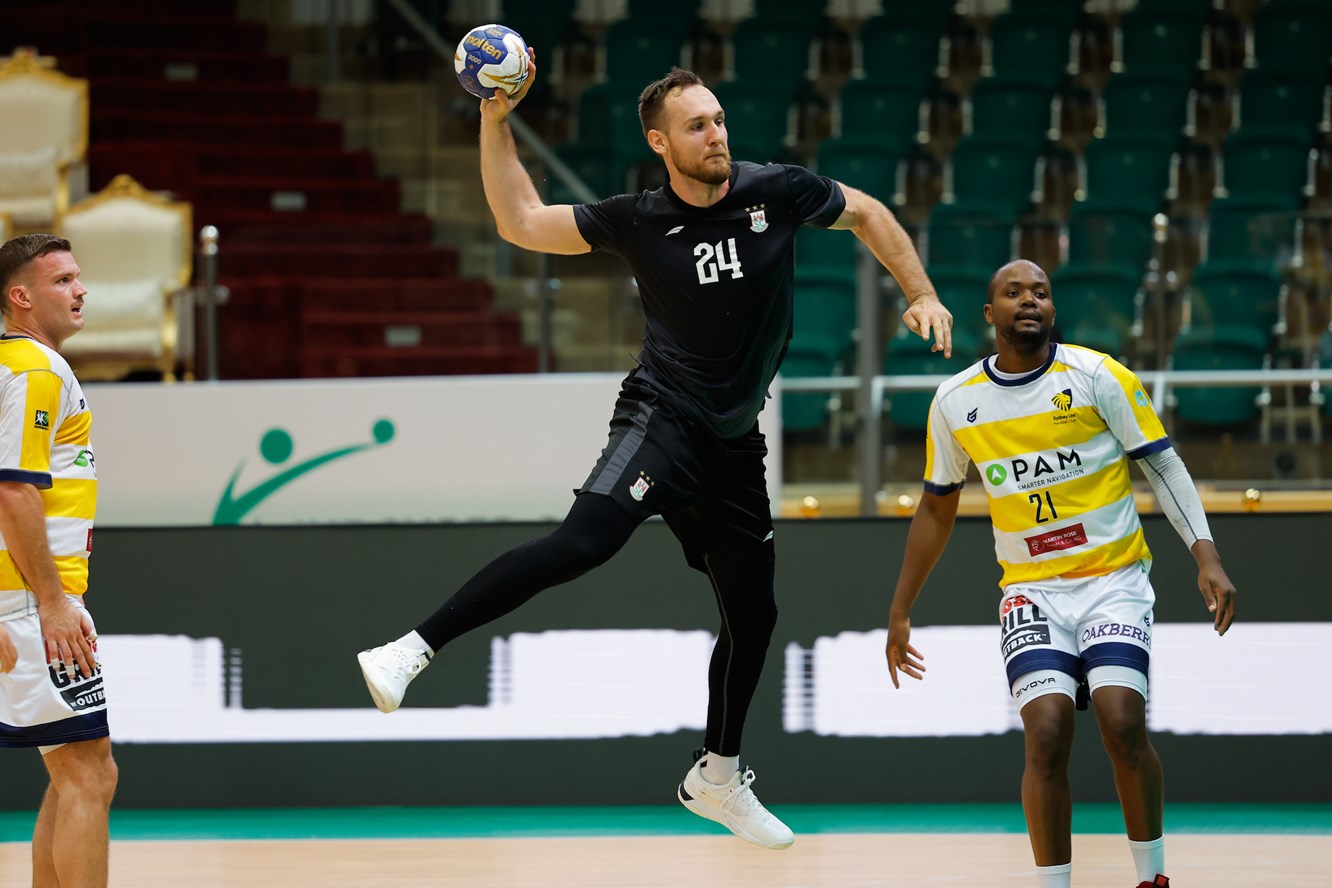 Group B: SL Benfica fall short at the final hurdle

After a tough first 30 minutes against local side Mudhar, Benfica were able to win 39:27 in their opening match. This was partly thanks to a solid shift by German winger Ole Rahmel who netted eight on the night.

But the side from Portugal was shocked on the final day of the group by Al Ahly. The Egyptian side knocked out the EHF European League 2021/22 champions after a 29:28 win. It was the hero from the previous game, Ole Rahmel who picked up a red card along with his teammate and defensive rock, Alexis Borges. With two men gone attention turned to Petar Djordjic who stepped up to net nine goals over the 60 minutes but Jonas Kallman, the 41-year-old left wing for Benfica missed the final shot of the game, and gifted Al-Ahly SC the huge win.

Al-Ahly’s Ahmed Nasr Allah shone in the game and picked up player of the match.

Benfica will play now in the 5-8 placement matches against local side Khaleej on 22 October. 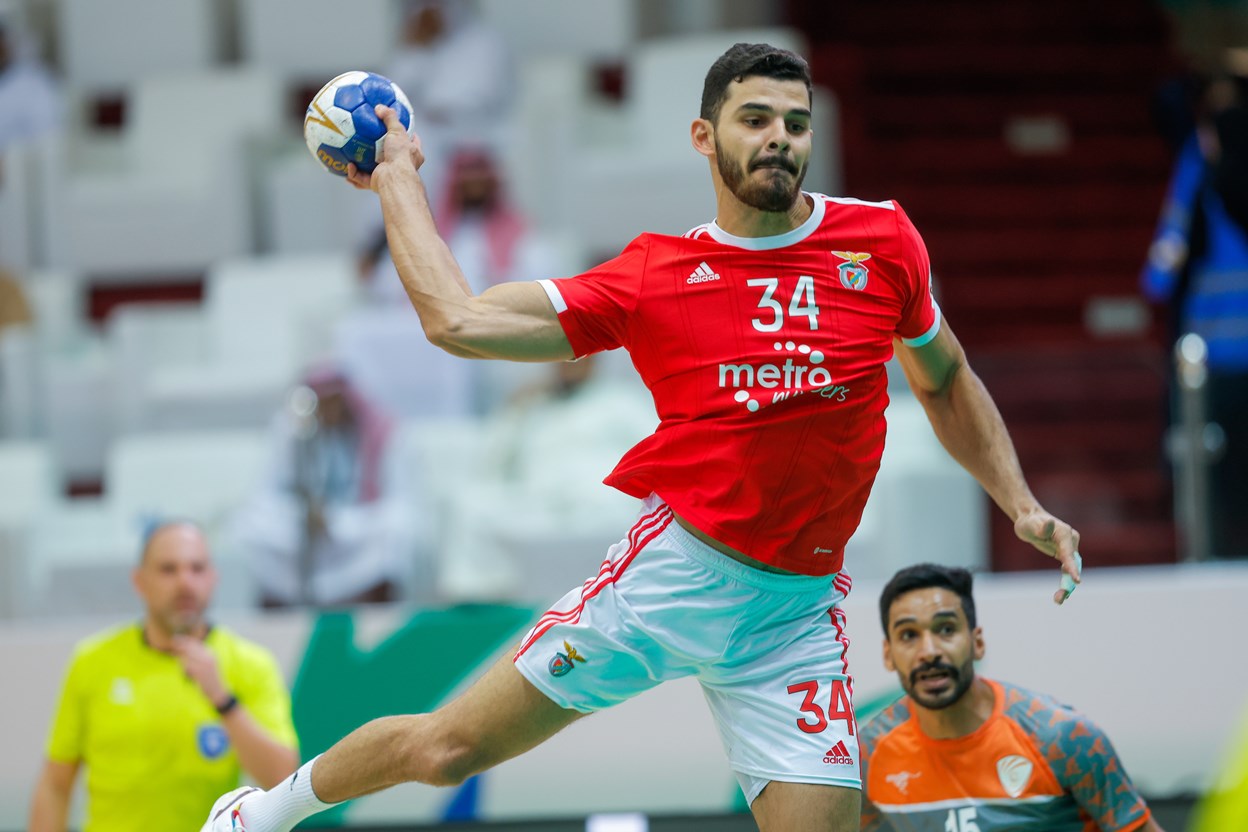 There were no major surprises for Kielce, Europe's representative in Group C when they opened their action against Al Kuwait on 19 October. The Polish powerhouse pushed close to breaking the 50-goal make in their 47:26 win in Dammam. French international Nicolas Tournat had a big performance with his nine goals from the line.

Goalkeeper Andreas Wolff, was the big highlight for Kielce in their second match with the German international saving 17 shots against Brazilian outfit Handebol Taubate. At the other end of the court, it was Alex Dujshebaev and Dylan Nahi who finished as joint top scorers with six goals each.

The Polish side goes on to face Barça in the semi-finals which will be a rematch of the EHF Champions League 2021/22 final. 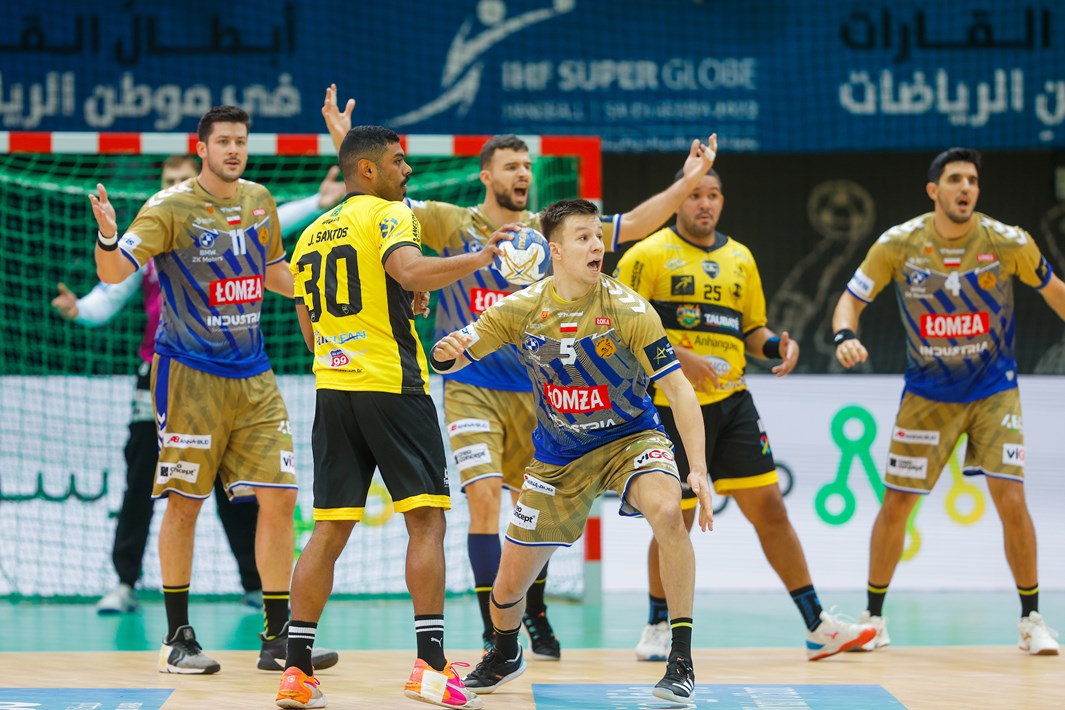 Barça did one better than Kielce in terms of high-scoring, beating Club Ministros from Mexico 50:18. Pablo Urdagarin netted a whopping 12 goals while Slovenian hotshot Domen Makuc slotted home nine goals for the Catalan side.

Barça had a tougher test on the final group phase game day when they faced Tunisian side Esperance de Tunis. But the six-goal gap from the break opened up to 11 goals after 10 minutes of the second half, Barça deploying their world-class fast-break game over and over again. Perez de Vargas was in fine form mustering up saves to 17, while French pair Ludovic Fabregas and Timothey N’Guessan finished on seven and six goals respectively. 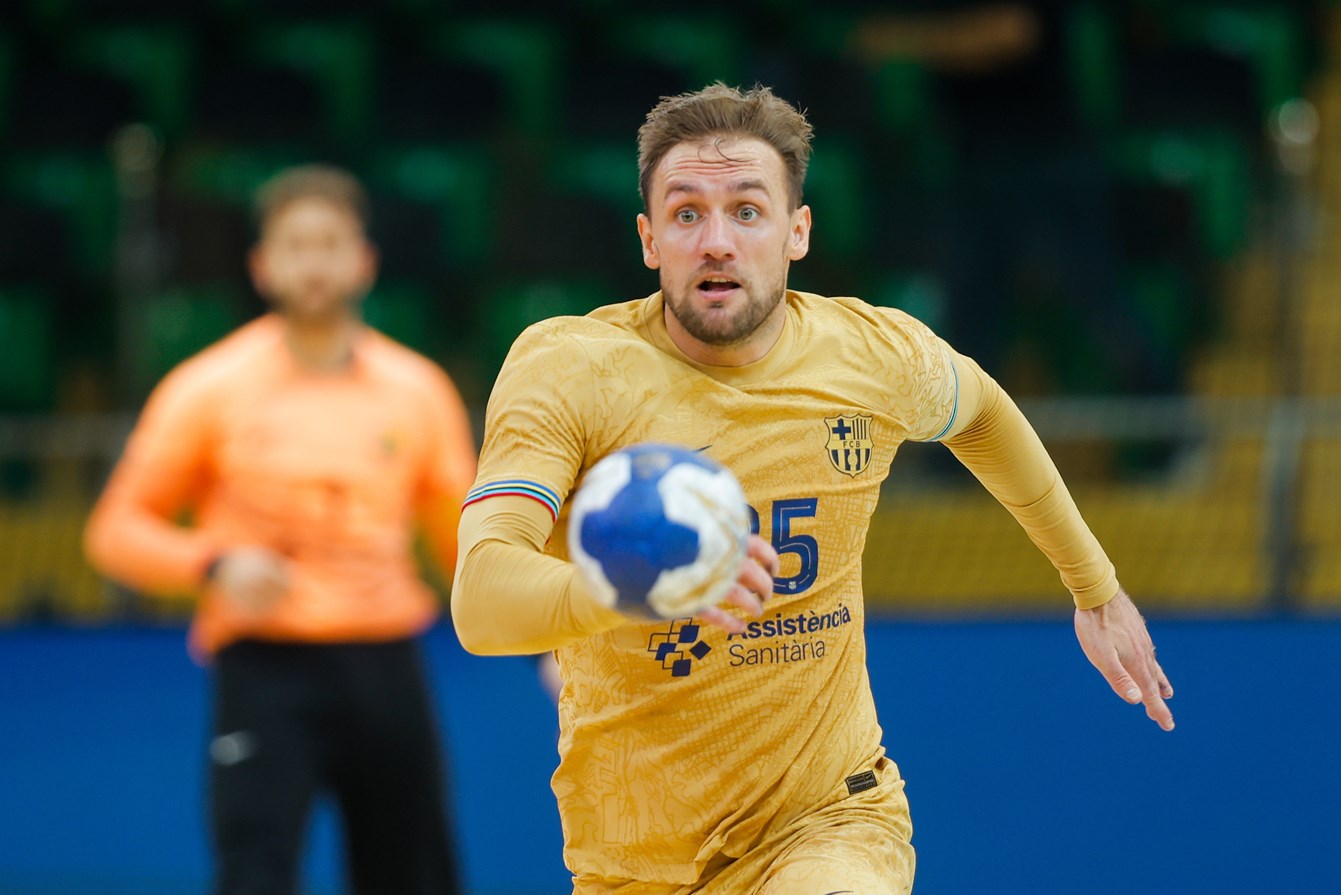 Next Article Celje, Plock, Nantes and Magdeburg in top 10 of power rankings

DAY REVIEW: The new wheelchair handball title holders had a clean record after beating the Netherlands in the final

PREVIEW: Magdeburg, Barça, Kielce and Benfica are among the 12 teams, which duel in Saudi Arabia from Tuesday

OBITUARY: The EHF is mourning the death of German photographer Michael Heuberger, who has died at the age of 75