Roberts: Nobody thinks we will make it past the group phase

After two consecutive seasons without participation in the DELO EHF Champions League, Swedish powerhouse IK Sävehof are back — and they certainly did not disappoint in round 1 against Krim, winning 29:28. Jamina Roberts was one of the main contributors with 10 goals and an almost perfect game.

“We have everything to win in these games. If we had lost by five goals that would have been alright in many peoples’ eyes. How we managed to win? I believe it’s a combination of us playing well and maybe Krim underestimating us a bit. They probably thought it was going to be an easy game,” says Roberts.

The game was very dramatic and could have ended with either side taking the two points, but in the end Sävehof were the better team.

“We had a flow and going into the final timeout I asked what would happen if I took a red card. I wanted to win so bad but apparently taking a red card wasn’t a good idea,” laughs Roberts.

In the domestic league, Sävehof are used to playing with all the pressure, all the time. In the DELO EHF Champions League it is the exact opposite.

“We can play in a relaxed way the rest of the tournament. The chances of us making it past the group phase have increased but I still don’t think that anybody expects us to make it. For us it’s a bonus to play these matches at this level,” says Roberts.

Another Sävehof player who impressed a lot against Krim was 19-year-old right back Nina Koppang, who receives high praise from experienced Roberts.

“If she can stay healthy, I believe that she will become the greatest right back in the world,” says Roberts.

But the best player in the team is still Roberts. The 31-year-old was named All-star Team left back of the Tokyo 2020 Olympics and many experts believe that she has never been better, which is extra impressive considering she gave birth to her first child last summer.

“My first year in Denmark [with Holstebro in 2014/15] was really good but I don’t know if I have been in this type of shape for this long before. We will see how long it lasts.”

Next in the DELO EHF Champions League, Sävehof square up against Vipers Kristiansand, the champions of last season. Roberts is looking forward to the game and a chance to catch up with an old friend, Isabelle Gullden.

“We have talked about maybe doing a man-on-man marking against each other — in that way we will get more time to talk,” she laughs. “It will be hard playing against her since we know each other so well.” 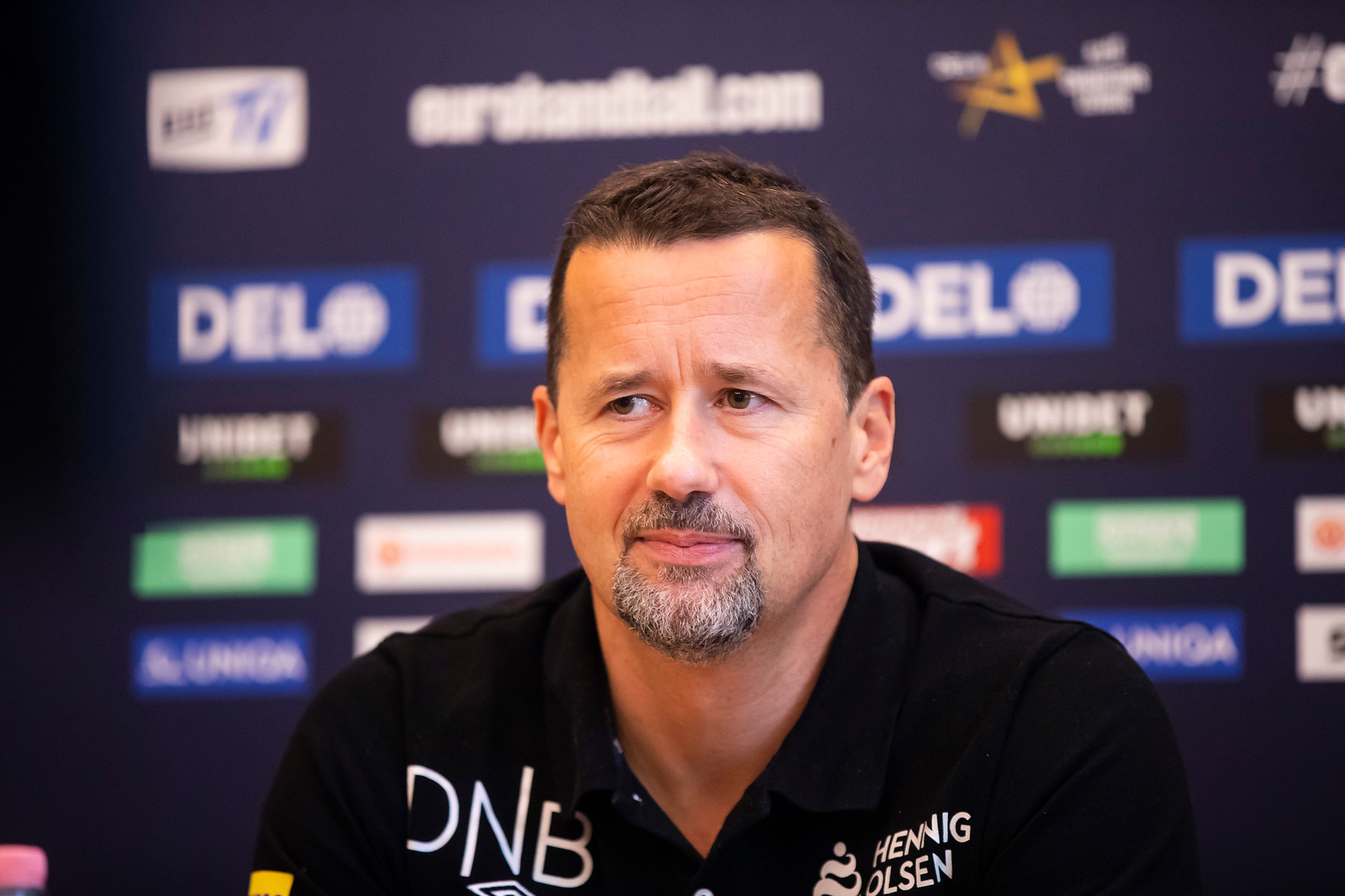 IK Sävehof surprised many last week by beating Krim Mercator, who had bolstered their squad over the summer. So I expect a very tough game against the Swedish outfit. They have a young team, but with experienced players like Jamina Roberts who has to be stopped.
Ole Gustav Gjekstad
head coach of Vipers Kristiansand (Sävehof's upcoming opponents)

The big question is if Sävehof can surprise everyone once again or if Vipers are simply too good. Roberts believes that her team have a chance.

“It will be a very tough game but, like Krim, they have a lot of new players and it takes time to get to know each other. Maybe it’s positive for us to play them this early in the season, but it will still be a very tough matchup for us,” concludes Roberts.

Previous Article 11 round 2 tickets up for grabs

GROUP B REVIEW: 17 saves made by Polina Kaplina helped CSKA to grind out a one-goal win against their Swedish rivals

GROUP A REVIEW: Szeged show incredible moral, while THW give up a seven-goal gap

GROUP A REVIEW: Goalkeeper Imsgard and a strong team performance were the base for beating Zagreb

LIVE BLOG: Running coverage of EHF Champions League Men 2021/22 round 5, with five matches on Wednesday and three on Thursday

FEATURE: Barça summer signing Melvyn Richardson is the fourth French player is the club’s roster and has already settled in

FEATURE: Faruk Yusuf, the first Nigerian player to score a goal in the EHF Champions League Men, on his journey from Sokoto to Kielce

This is Me: Diego Simonet