EHF EURO 2022 qualification phase has entered its climax. With three spots left, and Serbia are eager to book their 12th EHF EURO ticket. Only obstacle is left to conquer: Iceland.

After a must-win over Turkey in the bag, it’s all or nothing against Iceland in last qualification match. Serbia have two defeats out of four games, but have stepped up in the performance, beating Turkey and eyeing that last match against Iceland.

Undefeated on their home court in Zrenjanin, Serbia hopes they will continue that streak on Saturday, 23 April, at 18:00 CEST, when they face Iceland.

“It means a lot that we get to play this match in front of our fans. We are undefeated, and as I can recall, in the past, we always played well at home. People in Zrenjanin are great supporters and I believe it’s not going to be different this time either,” says Serbia’s goalkeeper Jovana Risovic.

Ahead of the match against Iceland, Uros Bregar’s team had to travel to Turkey, winning the first encounter 36:27. Turkey performed well in the rematch and it finished 36:30 in Serbia’s favour. 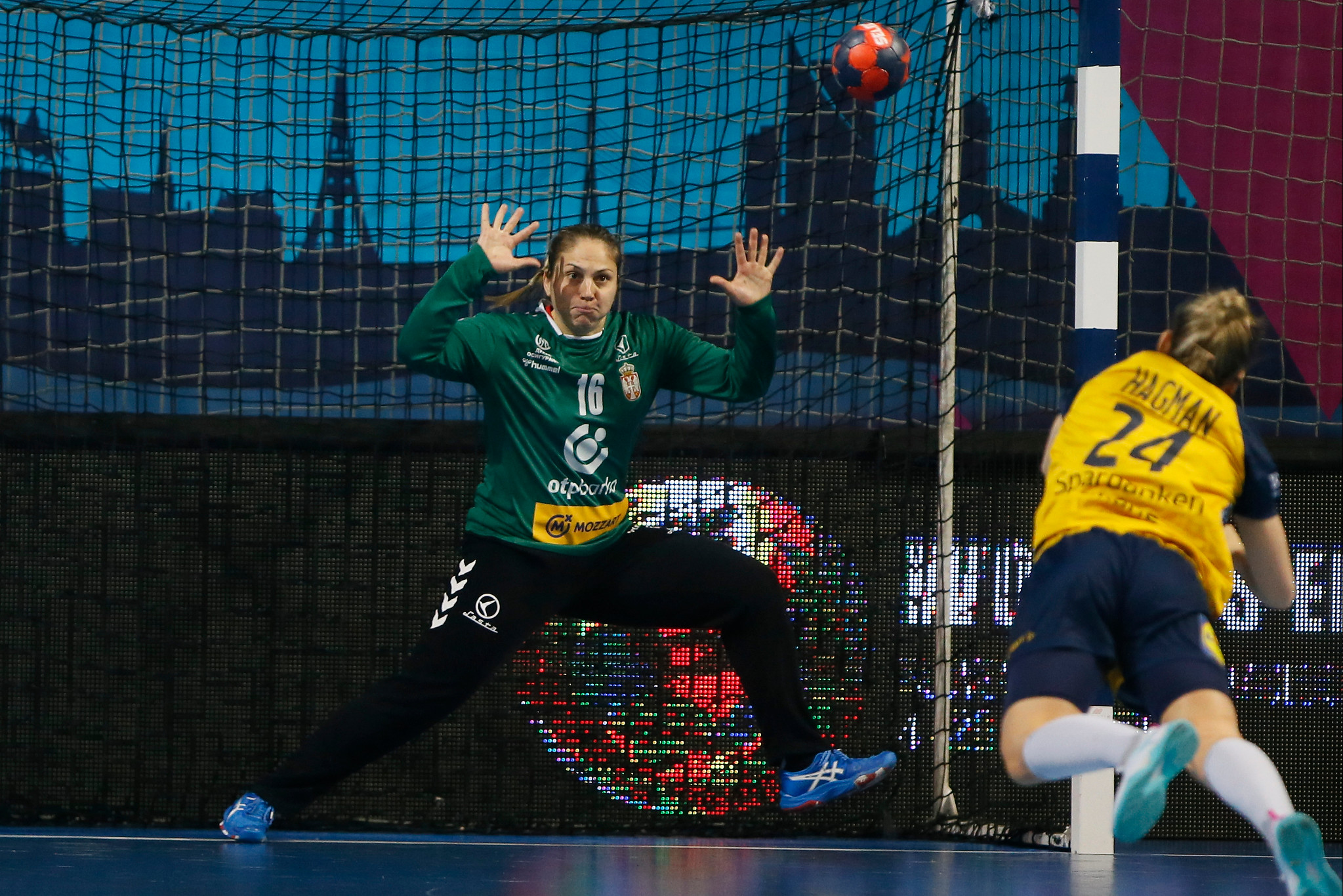 We can’t lose this game. We know the draw is enough to go to the EURO, but we shouldn’t focus on that. With a draw, you are only one goal away from not qualifying. We must go for a win and I know we all will give our best on Saturday
Jovana Risovic
Goalkeeper - Serbia

“We knew it’s going to be hard to play against Turkey; they play very well at home. We didn’t perform well in the first half, but a good second-half helped us to gain two new points,” Risovic reflects on the match.

Risovic has the experience for such important matches and she wants to give her best to help the team reach their desired goal. After Iceland’s defeat against Sweden, a draw is enough for Serbia to book their EHF EURO 2022 ticket.

“We can’t lose this game. We know the draw is enough to go to the EURO, but we shouldn’t focus on that. With a draw, you are only one goal away from not qualifying. We must go for a win and I know we all will give our best on Saturday,” says Risovic, who had her debut for the national team back in 2012.

Iceland won the first leg 23:21 and after three defeats must push their limits the overcome Serbia and qualify for the EHF EURO 2022. What has changed from that match and how does Risovic see their crucial opponents?

“I think it’s going to be completely different match, Iceland are a good quality team and few players are back in the squad. They have good back court players and we must find a way to stop them. Their advantage is their Scandi-type of handball, fast breaks and transitional play - that’s what we must be aware of.”

Since 2000 Serbia have never missed out on an EHF EURO tournament and their best result was fourth place at the EHF EURO 2012, played in their country. With only three spots left, stakes are higher than ever as Serbia wants to qualify and try to beat their last EHF EURO result, when they finished 13th.

“We know what we are fighting for, what this match means both to Iceland and to us. We must prove on the court we deserve to be among the best teams in November. Our main task is to stay focused as we had many technical errors in the first game and we must not repeat that. Our base should be a strong defence, and if we manage to do all that, I believe we can achieve what we all wish for,” concludes Risovic ahead of the crucial match against.

For Risovic, there is no break from the important matches. After national team duty, she returns to Krim Mercator and has only a week until the quarter-final match of the EHF Champions League Women. If Krim wants to participate in the EHF FINAL4, they need to defeat reigning champions, Vipers Kristiansand.

“Vipers are the title holder and one of the best three clubs in Europe. They are favorites but we will give our best in those two matches. Against FTC we showed we can play against anyone. We are a strong team with character. We have progressed when compared to last season, but it’s going to be very hard against them, but not impossible,” says Risovic with a grin.

It is crunch-time for club and country for the smiling Serbian...

Highlight matches to be put in spotlight

NEWS: Extra focus will be put on the Men's EHF EURO 2024 qualifiers with the introduction of Highlight matches featuring English commentary