The European Masters have made a glorious return to the handball calendar in Spain last weekend, when the 16th edition of the EHF tournament saw 41 teams battle it out for the trophies across six categories. Teams from Budapest Old Boys came away with two golds and a bronze from the men’s competitions, while hosts Granollers won one gold and just came up short to add a second one on the women’s side.

The 16th European Masters were the first since the 2018 edition in Innsbruck, Austria. Teams from 12 nations took part in the event in Granollers, which ran from Thursday through Sunday.

Old Boys won the 45+ title for a fourth time in a row. The Hungarian side finished their group only in third place but stepped it up in the knockout phase and ultimately lifted the trophy after a 17:12 win over Sevilla – which had held the eventual champions to a 10:10 draw when they met in the group phase.

Old Boys also won the 50+ category and nearly made it a triple of titles when their 55+ team just missed out on the final, leading Odesa 5:4 at half-time but ultimately going down 10:5. Odesa went on to win the trophy – after they had won the 50+ title in 2018. 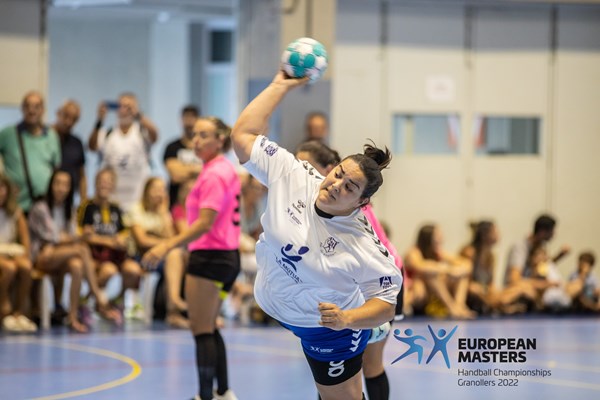 Like in the men’s 35+, Granollers missed the title in the women’s 33+ competition by a single goal, losing the final to Maristas Algemesí 15:14. Granollers had also lost (15:12) against the eventual champions when they met in the group phase.

However, Granollers did win the women’s 43+ title. The hosts came back from 8:7 down at half-time to defeat Morava 15:13.

Full results are available here on the event's official website.

The European Masters preluded the Granollers Cup 2022, a renowned youth international tournament, which starts Wednesday (29 June) at the same venue.

OBITUARY: The EHF is mourning the death of German photographer Michael Heuberger, who has died at the age of 75

NEWS: Teams from 12 nations will compete across six age categories in Spain this weekend

OBITUARY: Swedish handball legend Bengt Johansson has passed away at age 79 on Sunday

Wiederer: "This year is special for the EHF FINAL4s"

INTERVIEW: EHF President Michael Wiederer on the club competitions in the 2021/22 season

NEWS: As of 1 July 2022 players’ agents shall only be remunerated by the authorising party