The number of teams in the race for gold at the Men’s 18 EHF EURO 2022 in Montenegro has been reduced to eight. Hungary, Portugal, Spain, and Norway start the main round on Tuesday with the maximum two points after the preliminary round was completed last weekend.

With an average of 61.1 goals per game – the highest in the history of the competition – the preliminary round of the M18 EHF EURO 2022 concluded Sunday in Podgorica.

While powerhouses like Spain, Croatia, Germany, Sweden and Denmark all made it through, some high-profile teams like France and Slovenia failed to make the cut, after losing all their three matches. 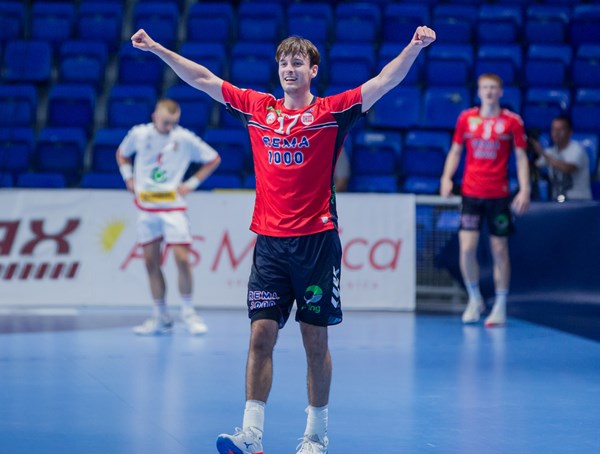 Four teams start the main round with two points

One team from the eight that are still in the hunt for the gold medal has never won a M18 EHF EURO medal before: Norway. In fact, Norway and Denmark are the only two nations that have not won the competition in the past, though Denmark appeared in three finals, most recently in 2008. This time, Norway have swept their opponents – Denmark, Serbia and Slovenia – in the preliminary round and will start the main round with two points, but face Spain and Sweden next.

The four group winners – Hungary, Portugal, Norway, and Spain – are all riding three-game winning streaks before the start of the main round, as they are looking to secure a semi-finals berth over the next two matches.

Four sides – Poland, Italy, Slovenia and, most surprisingly, France – ended the preliminary round losing all three matches. Champions in 2014 and 2016, France have become the most unexpected casualty of the preliminary round as they conceded 104 goals, the second largest amount in the competition, with the loss against the Faroe Islands especially painful.

💥What a preliminary round it was! 61.1 goals per game - highest in the history of the competition! 📊

Previous Article “Europe will see who Rapid really are”