Last 16 opens with double-headers in Iceland and Spain

The Last 16 of the EHF European Cup Women 2021/22 will throw off with seven matches this weekend: three first-leg encounters and two double-headers.

That means that two quarter-finals will already be confirmed on Sunday. 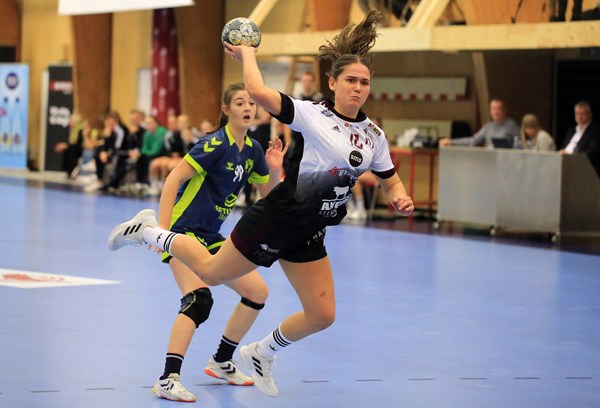 Faroe Islands’ H71, who are playing their first season in a European club competition, have become a revelation of the tournament. They already eliminated WHC Cair-Skopje (MKD) and SPONO Eagles (SUI) on their way to the Last 16.

Now the Faroese side are up for another task, playing former Challenge Cup winners ZRK Naisa Nis. The Serbian team lifted the trophy of Europe’s third-tier competition in 2007. The first leg is scheduled for Sunday in Nis.

ROUND REVIEW: five teams progressed to the next stage following their wins in doubleheaders

ROUND PREVIEW: After five teams went through last week, the line-up of the next round will be completed this weekend

ROUND PREVIEW: Titleholders must overcome two-goal deficit against BK-46 in round 3 of EHF European Cup Men

OFFICIAL STATEMENT: The European Handball Federation has taken a decision on further procedures regarding the EHF European Cup match Förthof…

All 32 teams know their round 3 opponents

DRAW REVIEW: The EHF European Cup Women is ready for the next phase of the competition following Tuesday’s draw in Vienna

ROUND 2 PREVIEW: 18 tickets to round 3 are at stake in an action-packed schedule from Thursday through Sunday

ROUND PREVIEW: 13 first-leg encounters of round 3 will be played on Saturday and Sunday