More than 5,000 fans in a sold-out arena went crazy as Aalborg Håndbold were finally confirmed winners over THW Kiel in the Match of the Week of the EHF Champions League Men 2021/22 on Wednesday.

When Player of the Match Nikolaj Laesø scored his ninth goal to wrap up a 35:33 win at the final buzzer, the hosts had completed their first victory against in eight matches against Kiel.

After two straight defeats at Szeged and Kiel, the 2021 Champions League finalists are back on track and reduced the gap to Kiel to only one point in the table.

This is how it ended - a brilliant #MOTW, won by #AalborgHåndbold despite @thw_handball clinging on throughout the second half. Pure unscripted drama in #ehfcl 💥 pic.twitter.com/Djmx6IRt69

A historic night at Aalborg

THW Kiel had taken six victories and one draw in official matches against Aalborg Håndbold - now this run of success has come to an end. Even worse for Kiel, it was THW’s first defeat in a match in Denmark after 12 victories and three draws. For Aalborg it was only the seventh win against a German team in 22 international matches. 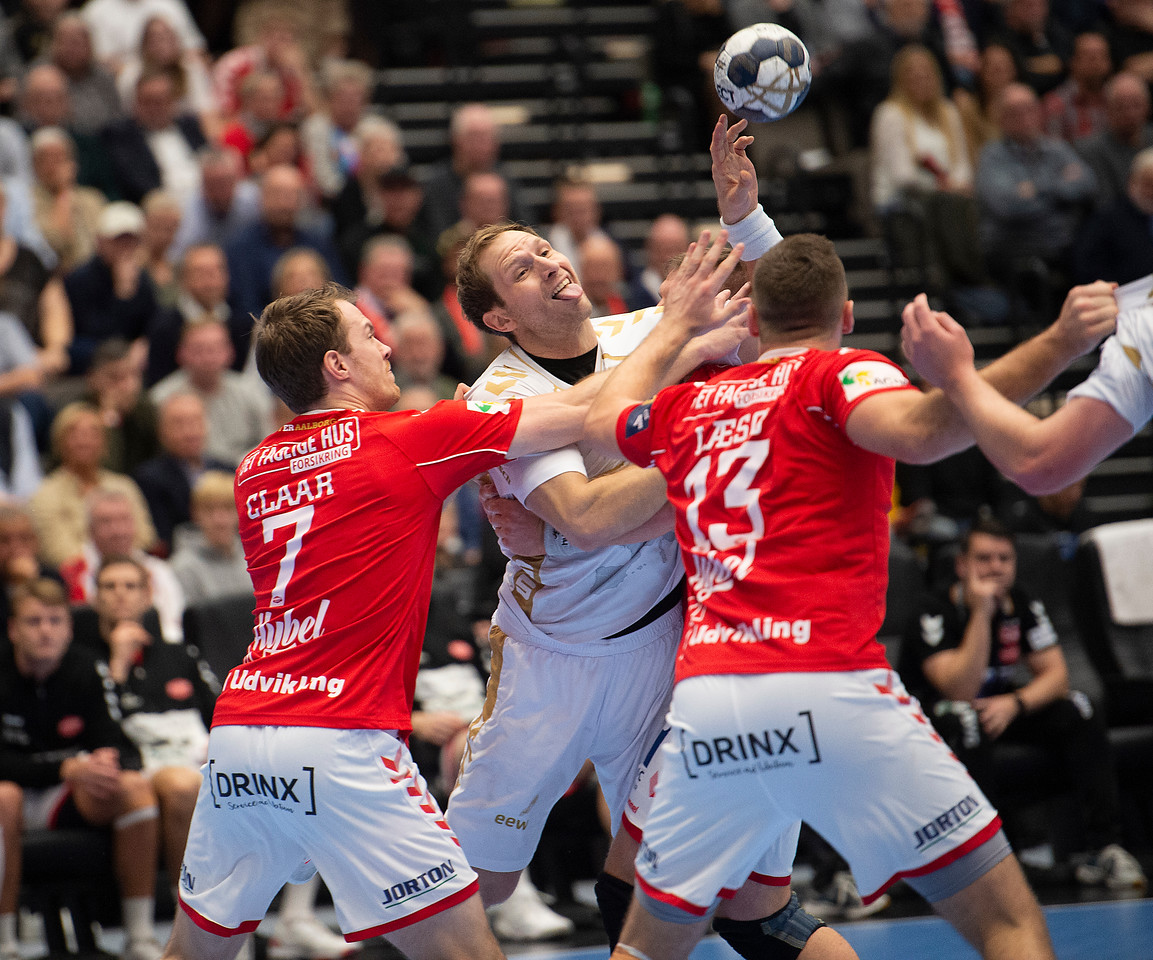 We are really happy to beat Kiel. It is one of the best teams in the world. And to do that in front of our own crowd is really important for us after a not so good week last week. We are really really happy.
Kristian Bjørnsen
Aalborg right-wing