“I was only 13 years old when I left my hometown, Reghin, for Baia Mare.”

However, his dream was always to be a handball player, and the best bet to achieve this goal was to move to a town that breathes and lives handball. 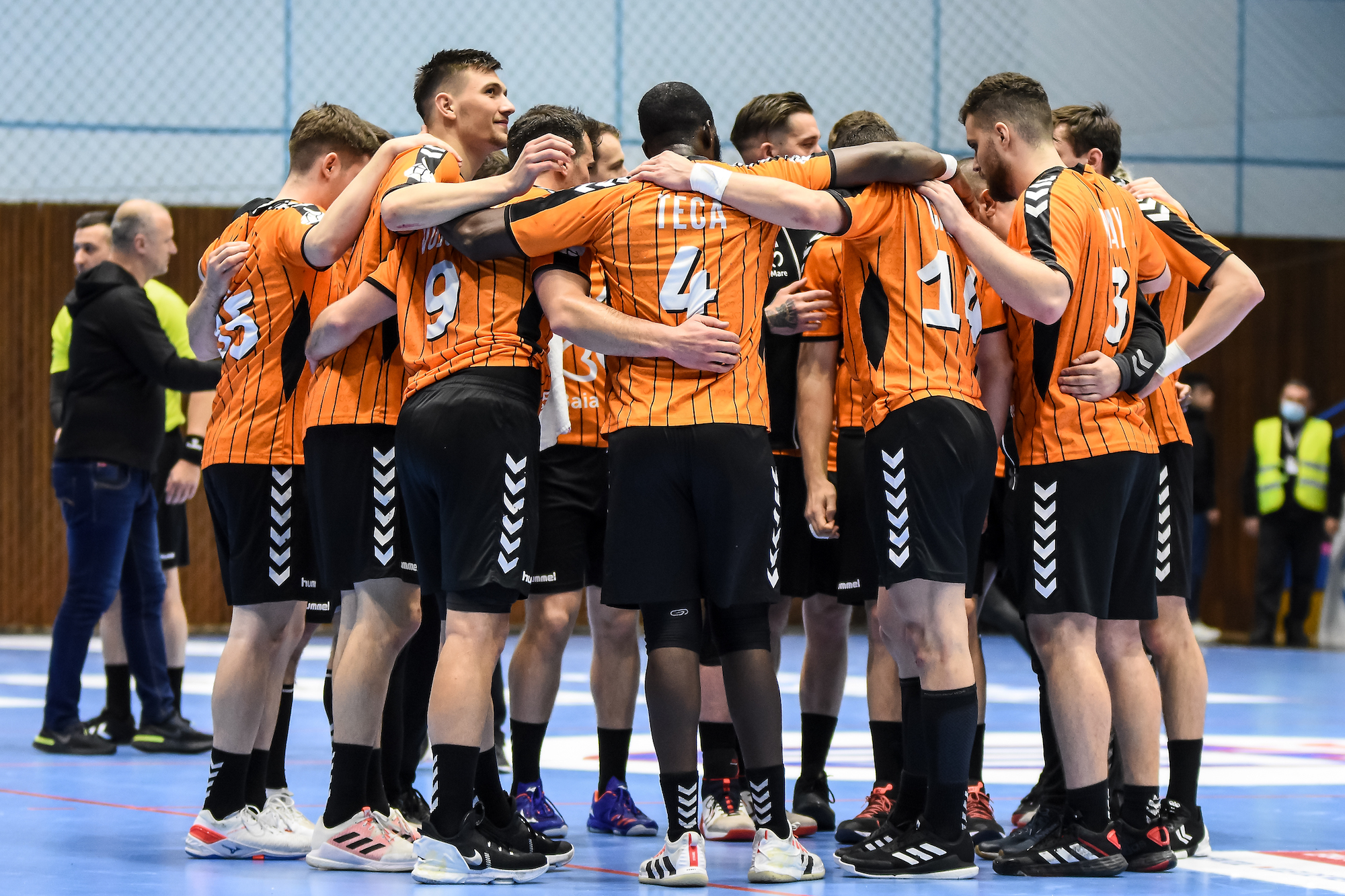 We feel we owe something to our fans — myself even more, because I have called this town home for a long time and I would do everything for them
Calin Cabut
Baia Mare centre back

Cabut was born 10 years later, in October 1998. His career has been intertwined with Baia Mare’s history, as he made his debut as a senior player for CS Minaur.

“This has been my home for as long as I can remember, so I always give everything for the team. It is an amazing feeling to be playing for Baia Mare,” says Cabut.

While Romanian handball has not been at its highest level in the past years, Romanian teams have always fared well in the third-tier European club competition. In fact, no other nation has won more trophies than Romania (seven), with Germany (six) and Portugal (three) close behind.

The most recent wins came in the 2017/18 season, when Potaissa Turda defeated AEK Athens in the final, and in 2018/19, when CSM Bucuresti beat Madeira. This time around, CS Minaur Baia Mare have the chance to be the side the extends Romania’s list of wins in the EHF European Cup Men.

It took 13 games, some amazing comebacks and strong will, but the Romanian club are the only one to progress to the semi-finals of a European competition in both the women’s and the men’s tournaments. While the women’s side finished fourth in EHF European League Women, the men’s team are still in contention for the trophy in the EHF European Cup Men, although they have a task ahead after a 25:29 loss in the first leg of the final against Norwegian team Nærbø IL.

And what is the recipe for Baia Mare’s success? It all boils down to team spirit and great chemistry between the players.

“I have been here for a long time and we had countless issues in the squad. But you just have to watch one of our home games and you have the answer — you do not need to search too long,” says Cabut.

“The fans are absolutely amazing. I know it is a cliché and it can be used for many, many sides that are playing in Europe, but they are the glue that sticks all the pieces together,” adds the 23-year-old Romanian centre back.

Indeed, CS Minaur Baia Mare went through some hard times this season, but they have been invincible in Romania, winning all the games they played on their home court.

One of the most difficult moments came in the qualification round 3, when Minaur lost the first leg against Serbian side RK Partizan, 26:30. With the second leg in Baia Mare, the Romanian side turned everything around and secured a 54:53 aggregate win.

“That was the most difficult moment in our season, but we managed to sneak through to the next round, thanks to our amazing fans.

“Other teams might have lost and some of them could have handed in the towel. But we feel we owe something to our fans — myself even more, because I have called this town home for a long time and I would do everything for them,” says Cabut. 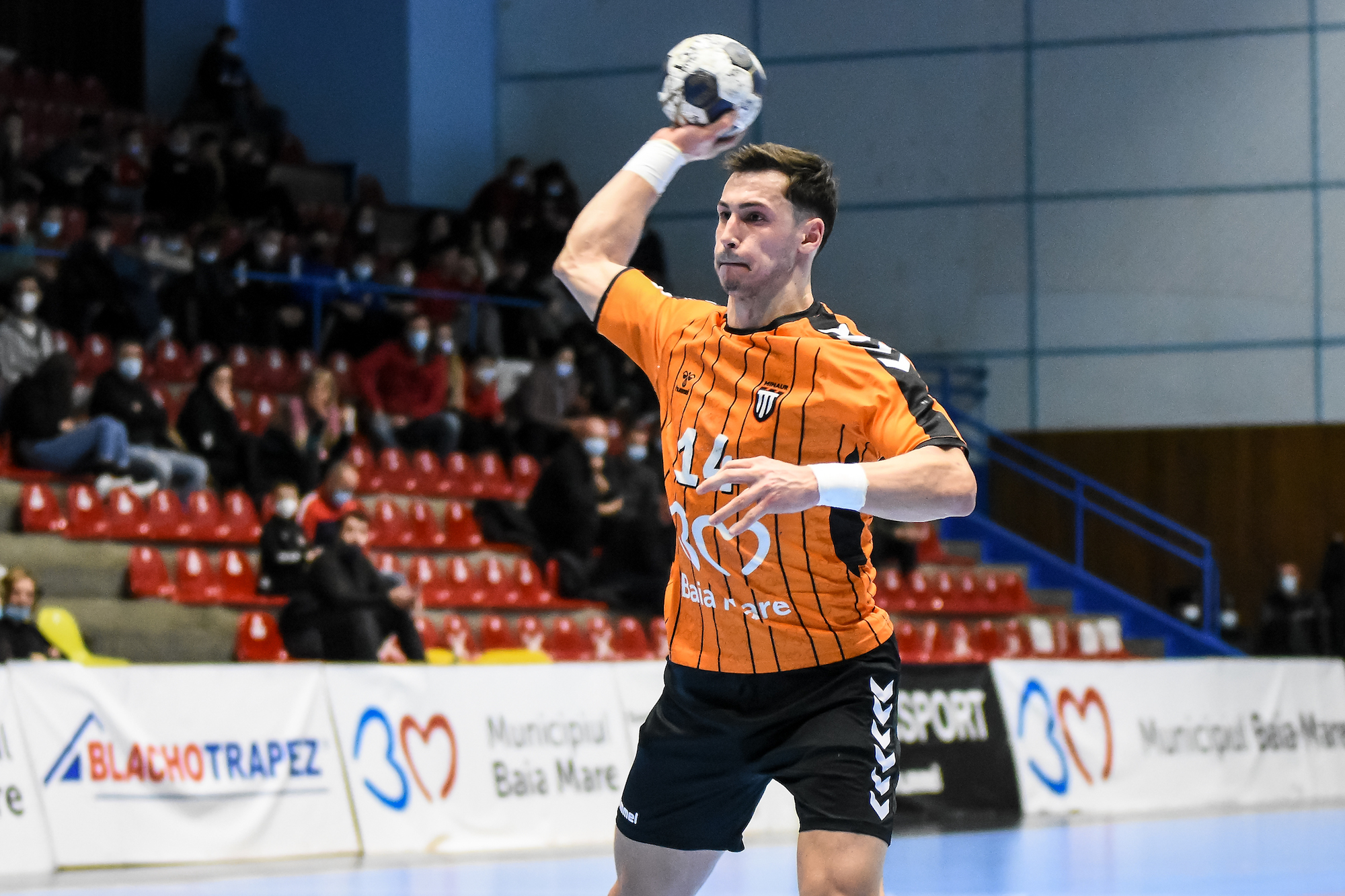 I think only about the sacrifices my parents made to help me get here. It was not easy for me and it definitely was not easy for them. This might be exactly what I need to prove them right.
Calin Cabut
Baia Mare centre back

The Romanian centre back will need a strong game to help deliver his side the first international trophy since 1988, but he is in a perfect position to do so, boasting a superb season until this point.

With 43 goals, Cabut is the third top scorer for Minaur, behind Czech left wing Milan Kotrc, who has scored 57 times, and Montenegrin right back Stevan Vujovic, with 49.

“If there is a team that can achieve the comeback, it is definitely Minaur. We know what we can do. We proved it in the first leg. There were also games in the European Cup and in the domestic league when we needed to win by four goals or more and we made it,” says Cabut.

For Cabut, the second leg against Nærbø IL is personal.

“I think only about the sacrifices my parents made to help me get here. It was not easy for me and it definitely was not easy for them. This might be exactly what I need to prove them right.”

Previous Article How to follow the EHF Finals Men

Quintus and Vestmannaeyjar face Greek opponents in round 2

NEWS: 27 ties were drawn in round 2 of the EHF European Cup Women 2022/23 at Tuesday's big draw event in Vienna

NEWS: Raimond Sassari and SSV Brixen will meet when round 1 of the EHF European Cup Men begins on 10/11 September 2022

FINAL PREVIEW: The surprise package from Norway hosts their experienced opponents from Romania in the first leg on Saturday

NEWS: The title will be decided in Romania on the weekend of 28/29 May

NEWS: The club registrations for the upcoming season of the EHF European Cup Men have been released