Grbic: An important challenge against Norway

The time has come for another women’s national team week. While 24 teams will continue their fight for a spot at the Women’s EHF EURO 2022, four directly qualified sides will meet in another set of EHF EURO Cup 2022 matches.

Two double-headers in the first week of March will see a clash between two co-hosts of the EHF EURO 2022, North Macedonia and Slovenia, as well as Norway facing the third co-hosts, Montenegro. The reigning EURO champions and Montenegro sit on top of the EHF EURO Cup table with two wins each, and the clashes in Larvik and Podgorica could be decisive in determining the competition’s victors.

Montenegro international Itana Grbic, currently playing for FTC-Rail Cargo Hungaria and set to join Brest for next season, is looking forward for new national team challenges. This will be first gathering of the team after the World Championship 2021 in Spain. 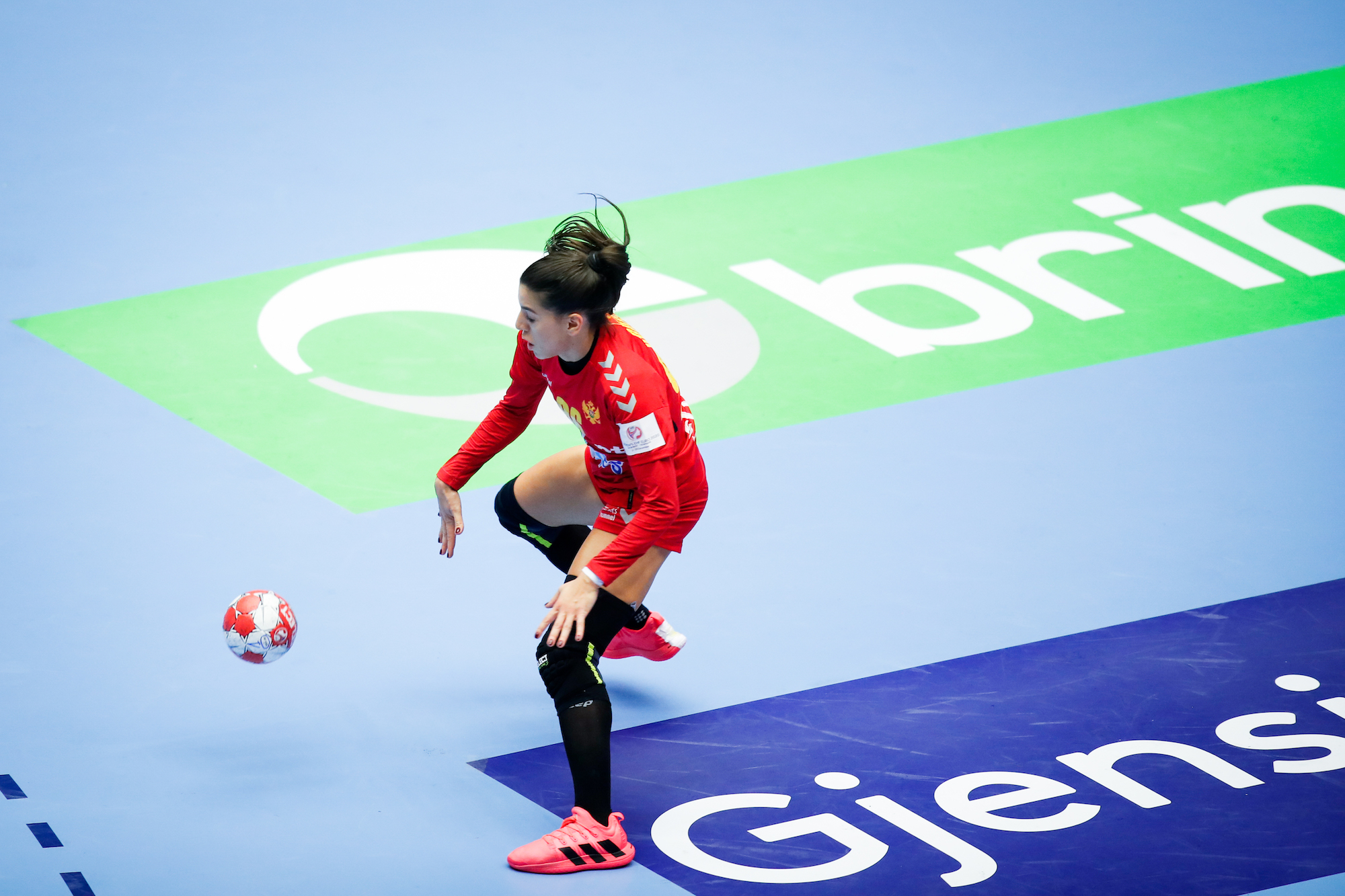 We have two matches against the European champions next week. What to say about them? They are at the top of handball for many years. These matches are a real challenge for us and very important. We will be able to see where we stand against such a great team — to try everything we can.
Itana Grbic
Montenegro back

Podgorica will host the first encounter against Norway, scheduled for 2 March at 18:00 CET. The re-match will take place three days later, on 5 March at 16:45 CET in Larvik. Grbic knows a lot about their next opponents and pointed out that there is not much to say about a dominant team like Norway.

“We have two matches against the European champions next week. What to say about them? They are at the top of handball for many years. These matches are a real challenge for us and very important. We will be able to see where we stand against such a great team — to try everything we can. It will be hard, but we will enjoy playing against them,” says Grbic.

Since winning the gold medal at the EHF EURO 2012 and silver at the Olympic Games in 2012, Montenegro have had their ups and downs. In recent years they have dealt with injuries and changes in the squad, with their legendary player Bojana Popovic taking over as coach in March 2021. Montenegro will once again have a somewhat different roster for the duels against Norway.

“This team will be a mixture of experience and youth. Even though we didn’t have much success at the World Championship in Spain, we remained positive and had good energy between us. And I believe it will be like that this time too. I believe head coach Bojana Popovic will try different tactics options and evaluate room for improvement for a roster like this,” says Grbic, who has been one of the important links in national team over the last few years.

Popovic invited 19 players for the upcoming matches. 25-year-old Grbic looks forward to seeing some of her teammates again:

“We have Marta Batinovic and Milena Raicevic back in the team — their experience will mean a lot to us. Unfortunately, we are without Djurdjina Jaukovic and Jelena Despotovic, and we can’t wait to see them back on court.”

Montenegro are one of three hosts of the EHF EURO 2022, being played from 4 to 20 November 2022. Alongside Ljubljana, Celje and Skopje, Podgorica will be a host city for the group phase and Montenegro will have the chance to play in front of their fans.

“It’s early to talk about the next EHF EURO and goals, however, we are all waiting for those matches. We are co-hosts and it will be amazing for us to play in front of our fans. My only wish is that we all play good and welcome the EHF EURO 2022 without injuries and problems. We want to give our best on the court in Podgorica,” concludes Grbic.

Next Article Last 16 could be fully booked after round 9

Spain out to show their class at EURO 2022

Highlight matches to be put in spotlight

NEWS: Extra focus will be put on the Men's EHF EURO 2024 qualifiers with the introduction of Highlight matches featuring English commentary