Joy and disappointment were close at GOG last season: hit by injuries, the Danish side missed the EHF Finals 2022 following a quarter-final defeat by RK Nexe. But a few weeks later, GOG dethroned Aalborg Håndbold as Danish champions.

After a huge transition in the squad, which included the departure of several key players, GOG are now back in the EHF Champions League Men for the first time since 2019/20.

Most important question: How will GOG cope with the transition?

Both goalkeepers left, top star Mathias Gidsel moved to Füchse Berlin, defence ace and line player Oscar Bergendahl also transferred to Germany – a tough piece of work is ahead for coach Nicolej Krickau. But all new arrivals are used to play the classical Scandinavian tactic of strong defence, counter-attacks, and high-speed handball.

This is the way GOG have always been successful. GOG need some top performances against teams like FC Porto, Orlen Wisla Plock, HC PPD Zagreb, or Dinamo Bucuresti to proceed to the play-offs. The team will count on several up-and-coming players who, like Gidsel or Hallgrimsson, want to use the big stage for their development.

Under the spotlight: Morten Olsen

It is supposed to be the last season as a player for experienced centre back Morten Olsen, planning to become assistant coach at Ringsted in 2023. After winning the silver medal at the Tokyo Olympic Games, the two-time world champion (2019, 2021) announced his farewell from the Danish national team. Olsen, 37, played abroad from 2010 to 2020 in Germany (Hannover) and France (Saint-Raphaël) and gained a lot of international experience there.

After a three-year absence from the EHF Champions League, GOG are back full of motivation and ambition.

“We are really looking forward to competing with the best clubs in the world and will do our very best to go on from the group phase. We have a group of good and equal teams, so it will be exciting to see how we will do but hope to go to the play-offs,” says club manager Kasper Jørgensen.

“For GOG, participating in the EHF Champions League has big importance and it is a big goal for the next seasons. This is our first time in this format of the competition and we are very proud and happy to be here. It means a lot for all the club, the spectators, sponsors and of course it has a big importance for the players.”

For team captain Simon Pytlick, the changes in the squad do not have the big impact.

“It does not change the fact that our goal is still to win in every competition we play. We have a wide squad and hope that we can show ourselves from the best side, because then we have an incredibly competitive team,” Pytlick says.

“We are aware that we are playing in the most prestigious tournament in the world, but that does not change our self-understanding, which is still that we want to go as far as possible.”

GOG faced two of this season’s group phase opponents also when they last played in the EHF Champions League, in 2019/20. The Danish side lost twice against Dinamo, and home wins with Plock. Ultimately, GOG failed to advance from group C that season. The last time they made it to the knock-out phase was in 2006/07, when they lost to Ciudad Real in the Last 16. 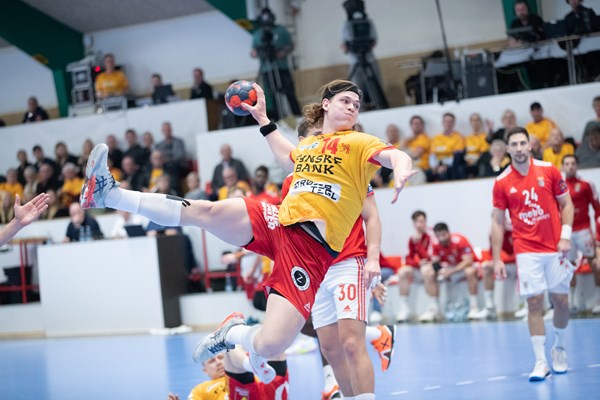