Both sides had their backs to the wall, each without a victory from the first three rounds - and while CS Dinamo Bucuresti ended their run with a well-deserved 32:27 home victory, FC Porto have tough weeks ahead if they want to reach the knock out stage.

An impressive performance from Egyptian Ali Zein and outstanding support from the stands made the Romanian side happy, with their first two-point match in the current Machineseeker EHF Champions League campaign.

When a Champions League winner joins a new club, the expectations are always high and when this CL winner had been Olympic semi-finalist a year before, the pressure is even higher.

Ali Ismail Mohamed Zeinelabedin - known as Ali Zein - knows how to handle the pressure. After one season at Barça when he became the second Egyptian to win the Champions League, the back court player made his way to Bucharest.

Against Magdeburg (three goals) and Veszprém (one goal) he did not make that much impact, but when Dinamo took their first point (38:38 against GOG), Ali Zein had five goals in his tally. Now, in the crucial match against Porto, the Egyptian was the clear leader of Bucharest's attack. 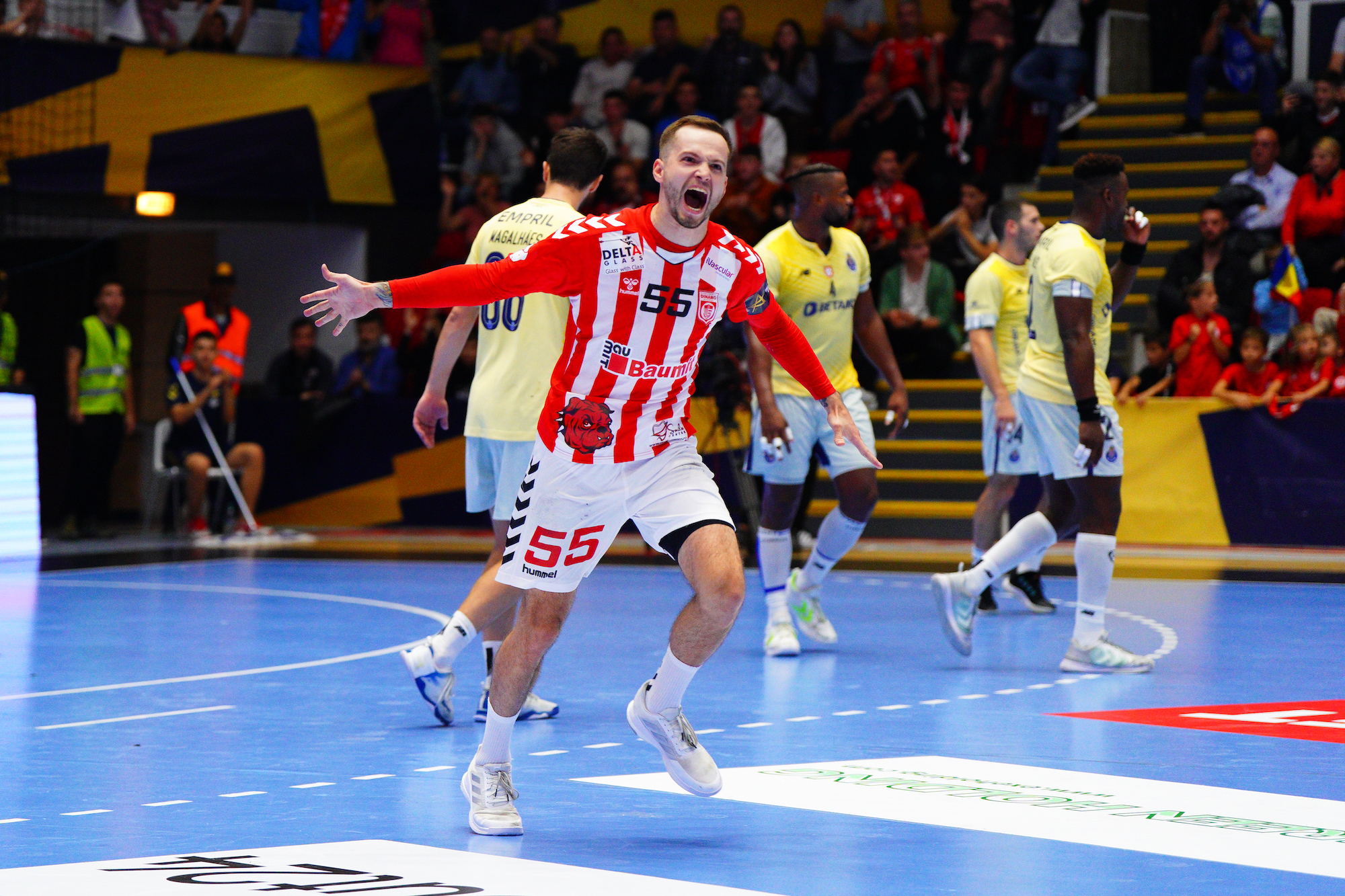 I am very happy for my team, they deserved this victory, and deserved this score. In the first half we felt the pressure a little, because we knew the match is very important. We fought, fought, fought, but forgot our plan. În last minutes of the first half, when we made some changes in defence and closed the score, we broke this feeling. The second half was amazing. The team played amazing in atack and in defence against a strong team.
Xavier Pascual
Dinamo Bucharesti coach

Previous Article Nantes give Celje no chance on home court