This article is the first in a series of countdown stories, presenting all 24 teams that will play in the EHF European League Men 2022/23 group phase. Today: SL Benfica.

SL Benfica added a new chapter to the club’s history last season by winning their first European trophy. Hosting the EHF Finals Men 2022, the ‘Eagles’ overcame SC Magdeburg in the final for their maiden title – after having lost two Challenge Cup finals in the past.

For Benfica, ‘continuity’ is the key word, as most of the squad and the coach – Chema Rodríguez – remain unchanged compared to last season,  with the exception of Ádám Juhász, the Hungarian centre back who arrived to replace Lazar Kukic, who left for Dinamo Bucuresti.

Most important question: Can Benfica win the trophy again?

Benfica will be a main target for their opponents, who want to beat the defending champions. But Benfica are playing handball in a very exciting way and are eager to deliver in the EHF European League again.

The new season has already started in the best possible way by winning Portuguese Super Cup. With a nearly unchanged squad, head coach Chema Rodríguez is full of confidence prior the title defence.

“It is a European competition which is very important for us. It gives Benfica the stage that the team deserves, a top team level,” Rodríguez says.

“We had an unblemished run last season, crowned with the European title. We want to strengthen the name of our club throughout Europe,” Moreno says.

Under the spotlight: Petar Djordjic

Racking up 133 goals in total last EHF European league season, Petar Djordjic is obviously a key player for Benfica. The 32-year-old left back has an impressive shot, he has scored incredible and decisive goals, and many opponent defences have troubles finding the right answers when they face him.

Djordjic is the player with the right mindset, he is at his best when the team needs him the most: A fundamental pillar under the red-white building.

There are no doubts about the high ambitions of Benfica. But the Eagles’ coach points to modesty and daily hard work this season, as the EHF European League is “a very challenging competition with great teams.”

“We were champions last season, and it brings more responsibility. But the team’s goal is always the same: play one game at a time and try to be competitive against all teams,” Rodríguez says.

“We still don’t know which group we will be in. But we will work to win as many games as possible. We know perfectly well that groups are difficult – that is what they told us last year, and we still managed to come through and win.” 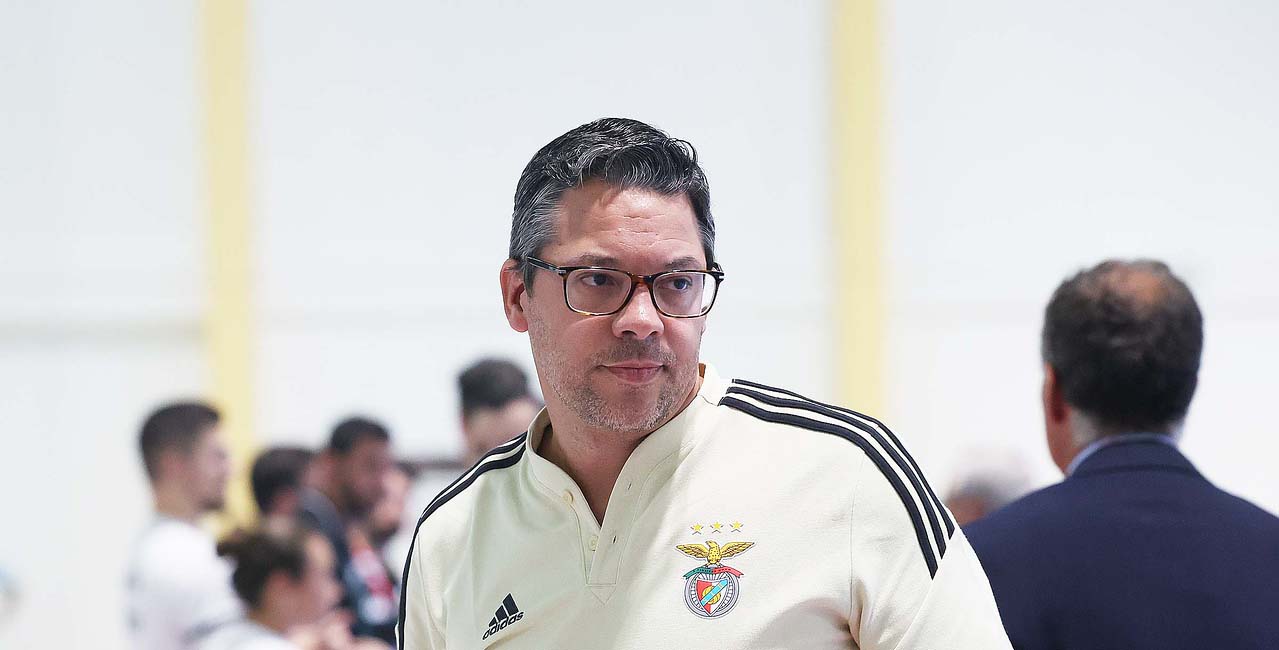 The EHF European League is a European competition which is very important for us. It gives Benfica the stage that the team deserves, a top team level.
Chema Rodríguez
SL Benfica head coach

Spanish coach Chema Rodríguez is dividing his time between Benfica and the Hungarian national team. However, he leave his job at Benfica after the 2022/23 season to work full-time in Hungary.

160 minutes. That is the amount of handball Benfica had to play in two days’ time to win the Portuguese Super Cup, as both their semi-final against Porto and the final against Sporting went into double extra time. Winning a trophy after extra time is nothing unusual to Benfica – that is how they defeated Magdeburg in the EHF European League final last season.

Next Article SUMMARY: Barça's MOTW win over Kielce highlights round 2