Last week, Zagreb’s four-goal defeat in Veszprém was full of hope. After Slavko Goluza arrived on the bench, the Croatian side looked more like a unit than it did in a long time. That translated to the court on Wednesday, as Zagreb were ahead on the scoreboard for most of their game against Veszprém.

Thanks to an impressive defence, the Croatian side only let their opponents score 25 goals, their lowest performance by far this season. But it was only in the last quarter of the game that Goluza’s men really made the difference, netting five in a row to shake off Veszprém’s resistance, and cruised away to their second Machineseeker EHF Champions League win this season, 29:25.

Zagreb defended as a unit

Some will tell you that you can see the collective force of a team looking at its defence, since this is where players will most make efforts for each other. Clearly, Zagreb gave Veszprém a lesson in that regard tonight.

Kentin Mahé and Petar Nenadic were never able to find solutions, while Jakov Gojun and Zeljko Musa locked the central area of Zagreb’s defence. And when, on top of that, you have a goalkeeper as efficient as Dino Slavic between your posts, things immediately become easier. 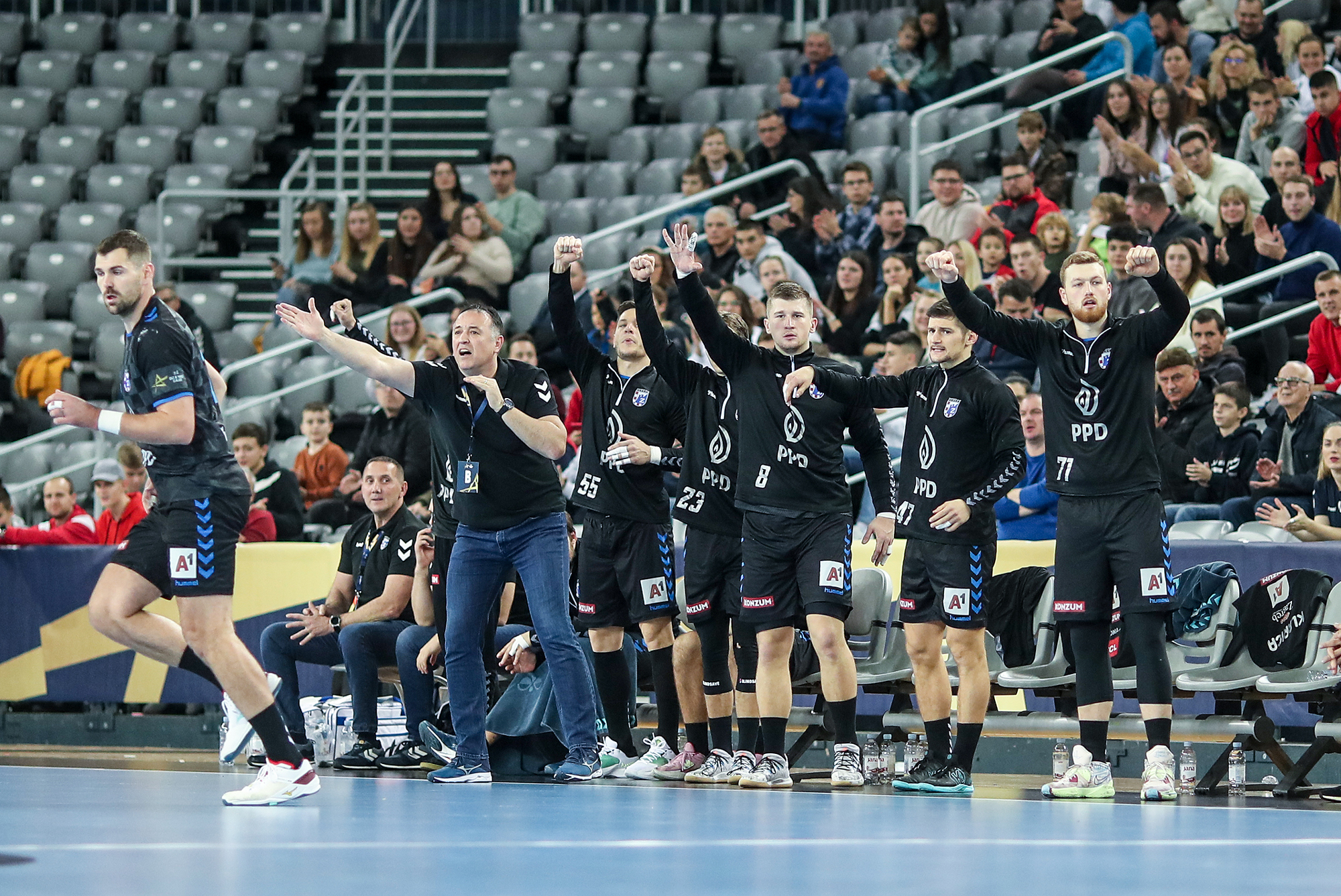 A really good game from our side, especially in defence. It was a hard loss for us last week in Hungary as we all believed we deserved more than zero points for the performance we put out. We didn't allow them to take control of the match today and I have to say the feeling is really amazing right now.

A well-deserved win for Zagreb today, they were a better team out there. We always experience problems playing against them, I honestly have no idea what's the reason for that. We were missing from way too many clear looks today and you can't afford to do that against a team like Zagreb.
Momir Ilic
Coach, Telekom Veszprém