FC Porto have been regulars in the EHF Champions League knockout phase each season since they played the final tournament of the EHF Cup in 2019. However, a quarter-final berth has remained out of reach so far.

Aalborg Håndbold and Montpellier HB defeated Porto in the play-offs the last two seasons. After losing a couple of players this summer and replacing them mainly with Scandinavian talents, Porto want to keep improving and get to the quarter-finals for the first time in 2022/23.

In the past three seasons, Porto have seen many ups and downs: Prestigious wins against the likes of Kielce, Montpellier, Kiel, or Szeged on the one hand, but several unexpected defeats and scoring just four goals in one half against PSG on the other hand.

“I am waiting for that particular game against them,” says team captain Daymaro Salina.

While Porto are more ambitious than ever, their ability to deliver week in, week out, will be decisive when it comes to reaching their goals: getting to the quarter-finals.

Under the spotlight: Pedro Cruz

Who would have thought that Porto had to rely on a 38-year-old EHF Champions League debutant to get the win in several matches of the2021/22 season? Before joining Porto in the summer of 2021, left back Pedro Cruz had spent 12 seasons with Aguas Santas Milanenza and played in the Challenge Cup with them for four seasons.

Cruz arrived to replace Andre Gomes – and the choice from head coach Magnus Andersson for the experienced back was the right one. Cruz scored 43 goals, including seven in the 29:27 win over eventual finalists Lomza Industria Kielce in December 2021, a week after netting six times against Barça.

Once a team stuck in the lower ranks of European handball, FC Porto have become a regular on the biggest stage in recent years.

“We wish to overcome the limitation that once existed in Portuguese handball. I guess we are on the right track,” says former vice-president Antonio Borges. And in order to do so, Porto have been relying on their mantra ‘Be better. Be stronger.’ as captain Salina explains.

As they head into their sixth season in the EHF Champions League group phase, the goal for Porto is once again to make it to the play-offs – and maybe the quarter-finals.

Porto’s Magnus Andersson was the first coach to use the seven-against-six system on a regular basis in the EHF Champions League. Around mastermind Rui Silva, the Swedish coach decided to use his players’ physical abilities to their maximum. While Porto may not have the tallest or the strongest squad of the EHF Champions League, their players have a high handball IQ that allows them to fit perfectly into this kind of game.

Four – is the number of Scandinavian players in Porto’s squad for this season, more than ever before. While the Portuguese side once counted on experienced players (Sliskovic, Mitrevski), they are now more and more looking for up-and-coming talents. 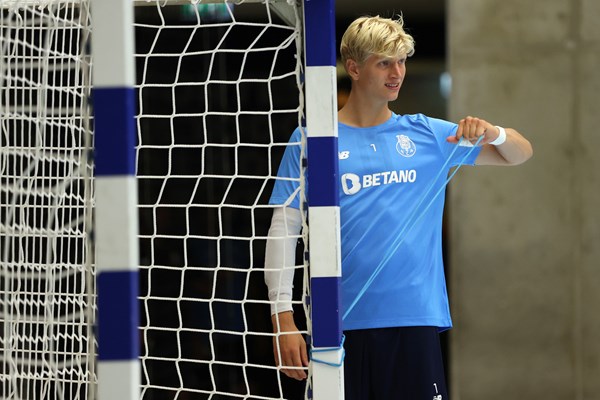 The two new right-backs, Jack Thurin and Jakob Mikkelsen, are 23 and 25, respectively, and are set to play their first EHF Champions League season. A sign that Magnus Andersson is still monitoring very closely players from Scandinavia.

Next Article Meet the stars of the YAC summer 2022