Skip to content Skip to navigation
My Profile Logout
Home of Handball
2021-22 - EHF CL Men
News
Nahi: “In Kielce, the whole city is behind the club”

Nahi: “In Kielce, the whole city is behind the club”

The French presence at Lomza Vive Kielce has been doubled this summer.

After Nicolas Tournat became the first French player to wear the jersey of the EHF Champions League 2016 winners two years ago, left wing Dylan Nahi joined him prior to the 2021/22 season.

The 21-year-old left wing arrived from Paris Saint-Germain HB, the club he had always played for, as he wanted to try his luck abroad.

And so far, with Kielce’s Match of the Week against Telekom Veszprém HC coming up on Thursday (live on EHTV at 18:45 CEST), things are going according to plan.

“I really like it here,” Nahi says. “I need some more time to adapt, of course, because I have only been here for two months. But the welcome I had was very warm.”

For someone who has always lived in Paris, “the city that never sleeps,” it must have been a culture shock arriving to Kielce, a much quieter town in the Polish countryside.

“Kielce is very different from Paris, but everyone, either at the club or in the streets, has been very welcoming so far,” says Nahi, who never lived outside of the French capital before moving to Poland this summer.

“It makes a change, but for the better. People here don’t seem to bother with stupid things, they just seem to be happy to get on with their lives,” he says.

One of the reasons for Nahi to make the move was the prospect to work with Talant Dujshebaev.

Dujshebaev has not just a reputation for being successful, he is also an outstanding people manager, according Nahi.

“From the human side of things, I really like how he proceeds. Talant is very close to us, he cares a lot about his players, not only on the court but also off the court,” says Nahi, who moved to Poland with his young son.

“Handball-wise, what he expects me to do is quite similar to what Raul Gonzalez wanted me to do in Paris, even though there are some tiny differences between the two methods.”

Kielce lost their first Champions League game this season, 32:29 to Dinamo Bucuresti in Romania, despite five goals from Nahi. Dujshebaev did not speak out loudly afterwards.

While the Polish side were missing several key players, they lost to opponents who, led by former Barça coach Xavi Pascual, will likely cause troubles to many more powerhouses this season.

“They played a very good game. The missing players in our camp, I don’t want to use that as an excuse. We did not deliver what we were expected to, and we must do much better against Veszprém on Thursday.” Nahi says. 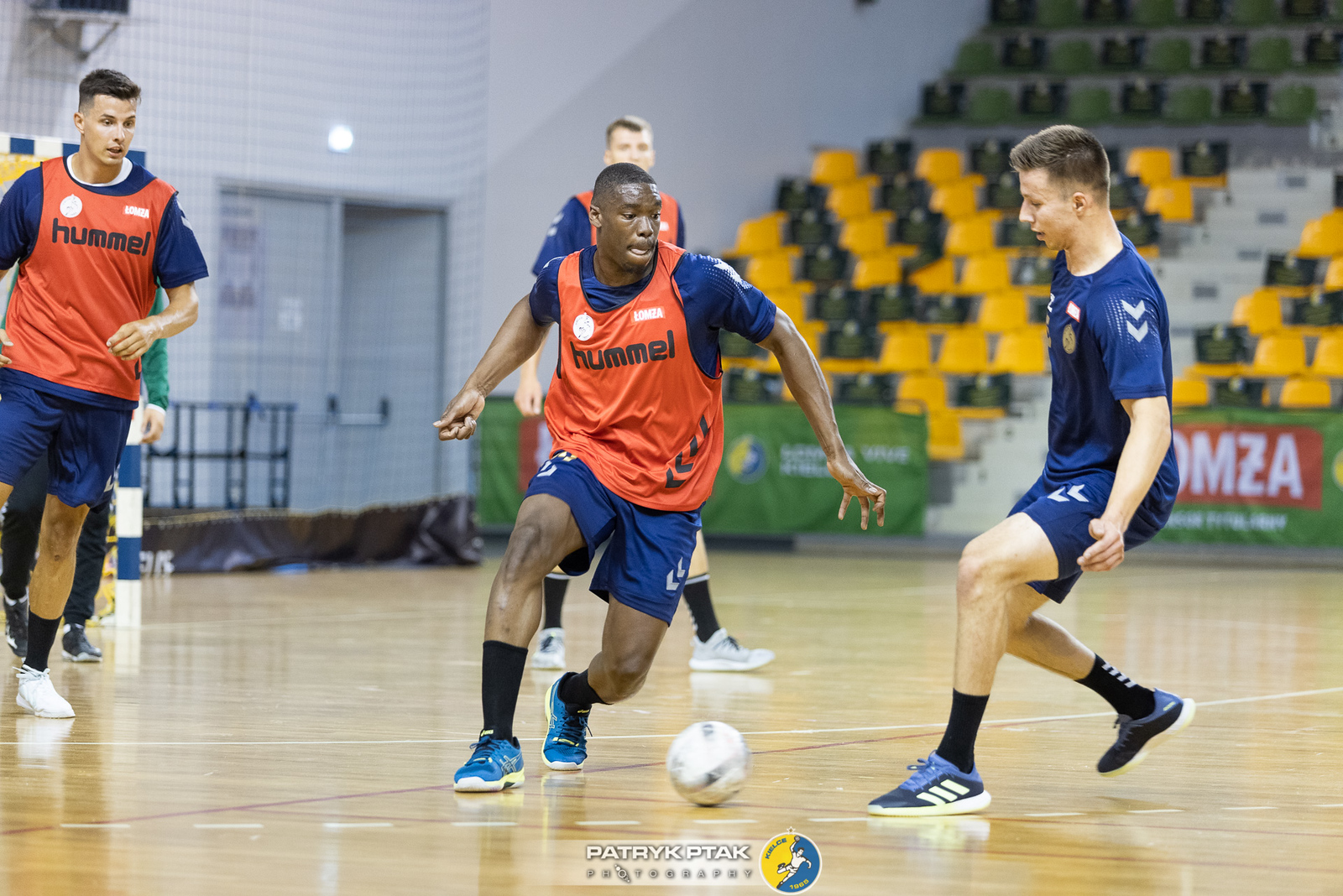 Talant is very close to us, he cares a lot about his players, not only on the court but also off the court. Handball-wise, what he expects me to do is quite similar to what Raul Gonzalez wanted me to do in Paris, even though there are some tiny differences between the two methods.
Dylan Nahi
Lomza Vive Kielce left wing

The Match of the Week against Veszprém will be the perfect occasion for the young French player to experience the Kielce fans from the inside.

He has played in the Hala Legionów many times with PSG in the past, this Thursday will be his first time in the Champions League with Kielce.

“I played once at home in the Polish league, but the house was not full. I know what this arena is like, and when it comes alive, it roars,” Nahi says with a smile.

He has experienced the passion for the local club in the streets already, but playing the Match of the Week against Veszprém will be even better.

“The whole city is behind the club, and that translates through the fans,” Nahi says. “I am so impatient to experience that as a Kielce player on Thursday night.”