The first match in Norway was straightforward (37:30), at home the 2003 and 2018 champions had to work hard for most of the match but ended on a seven-goal advantage again, with Hugo Descat scoring 11 for the hosts.

Before the doubleheader against Elverum Handball, Hugo Descat had scored 13 goals in the Champions League group phase, with six against Kiel his best outing. In Norway, the French international was top scorer with nine goals, on Wednesday the wing did even better with 11. The 39:32 win allowed Montpellier to consolidate first place in the group, after Kiel lost the MOTW to Aalborg. They are now two points ahead of THW and three ahead of Aalborg and Szeged. 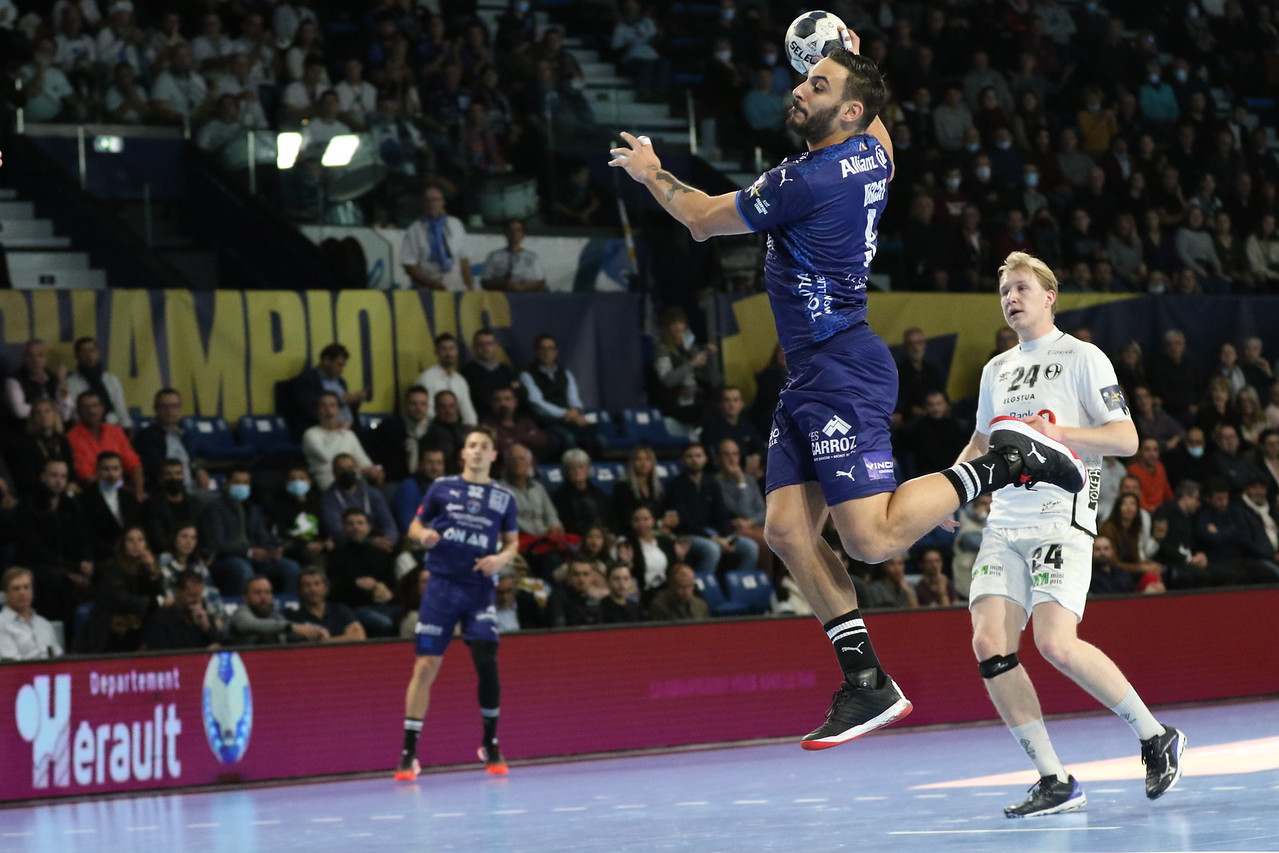 I’m satisfied with the win tonight, it was an important match for us. We’ve now had two interesting matches against Elverum. On a night like tonight, it’s easy to coach the team, as they stuck to the plan we’d set out. These are two similar teams, and sometimes rather than considering the result as a defeat, you have to treat it as part of the learning process.
Patrice Canayer
Montpellier coach