What a thrilling roller-coaster ride in the last six minutes of Thursday’s Machineseeker EHF Champions League clash at THW Kiel. Defending champions Barça were dominant throughout the first 54 minutes, leading 28:25, then Kiel scored a 5:0 run to turn the match around – before Barça scored the last two goals.

The 30:30 draw was the second consecutive tie for THW after the 36:36 result against Aalborg. The gap between the two sides remains at seven points.

What a roller coaster at @thw_handball 💥 A late comeback from the German side only for @FCBhandbol to clinch a draw in the end 😵#ehfcl pic.twitter.com/zlcTBUIM0l

Who will stop Barça?

It is half-time in the group phase of the Machineseeker EHF Champions League – seven rounds have been played, and defending champions Barça have faced all opponents. And? The 10-time Champions League winners have 13 out of a possible 14 points on their account, won the re-match of the 2022 final against Kielce, took a point in an extremely tough away match against four-time winners Kiel – and have an incredible goal difference of +46 goals.

By signing the Scandinavian trio of Emil Nielsen, Hampus Wanne and Jonathan Carlsbogard, the quality and the depth of the squad rose. Right now, it seems, no one can stop Barça – at least in this group. The only question is how the defending champions come out of the winter break in February, having so many players at the 2023 IHF Men’s World Championship.

We had some problems in the first half, then in the second half we performed like a different team. We put Barca under pressure and had some easy goals thanks to Niklas Landin's saves. I'm proud of our team spirit: Barca had the game completely under control, but we came back. In the end, it was a really close game that could have gone either way.
Niclas Ekberg
Right wing, THW Kiel 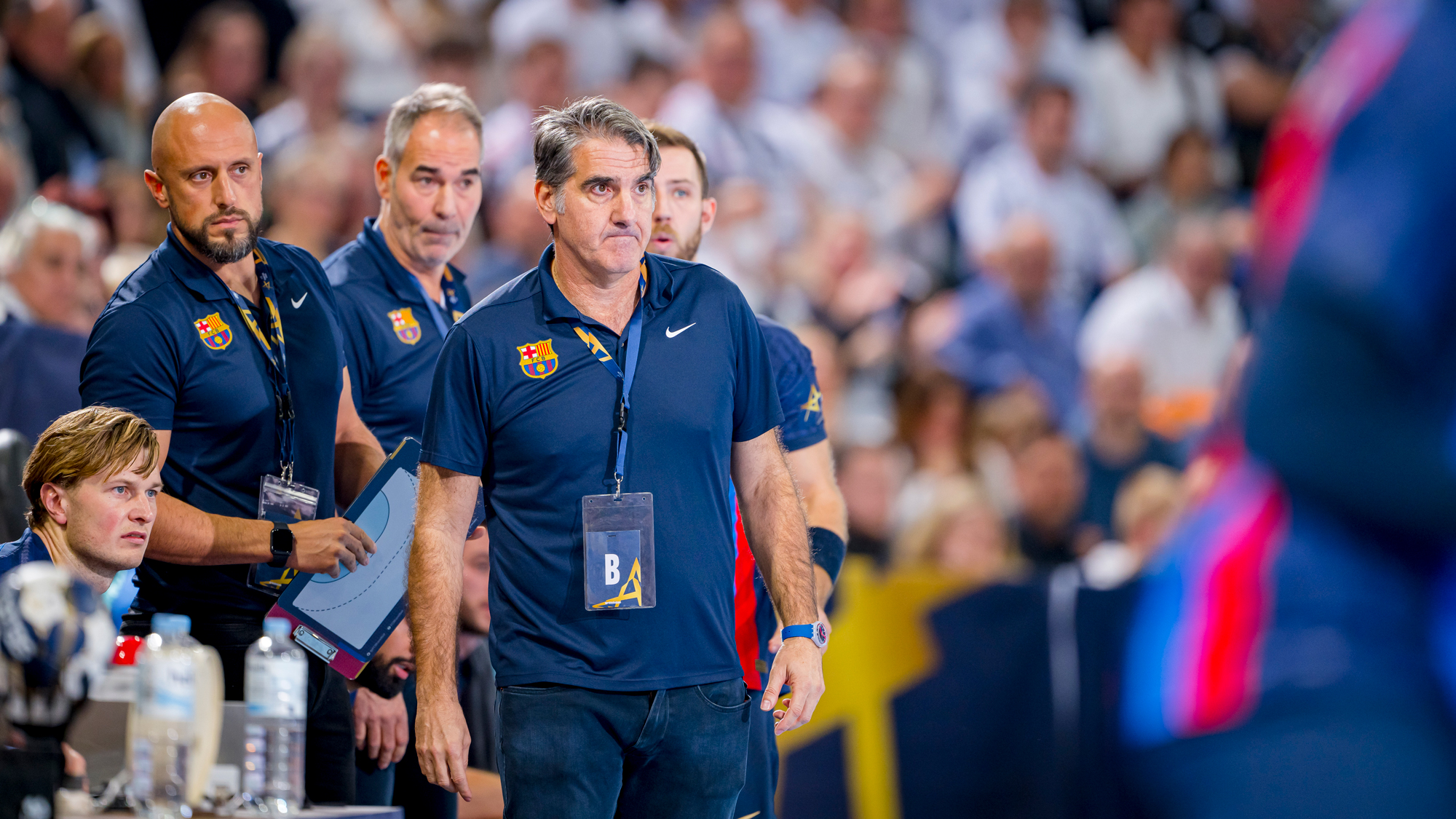 It was the big game that everyone expected from this encounter. We controlled the game for a long time, then came 10 minutes in which THW Kiel played super defence. Then, with the pressure of the crowd, THW Kiel came back. We should be happy with the draw. We played really well for 40 minutes, then the last third we were not so strong because Kiel was super.
Carlos Ortega
Coach, Barça

Next Article Kukic lifts Dinamo closer to the play-offs