The EHF FINAL4 has made a name for itself as one of the top sporting events in the European sporting world and beyond.

Since the 2009/10 season, the semi-finals and final of the EHF Champions League are played over the course of one weekend in Cologne, Germany, in front of thousands of fans in the LANXESS arena and millions of fans in front of their TVs and mobile devices.

The first ever EHF FINAL4 champion was the team of THW Kiel. They captured the coveted trophy with a 36-34 win over FC Barcelona on 30 May 2010. Since then, there have been a total of 48 matches with 16 different teams in Cologne. Seven clubs have taken the trophy home at least once.

The EHF FINAL4 represents more than just a final tournament. Every year, Cologne transforms itself into a handball city for three days. It is not without reason that the name Cathedral of Handball was established over the years. Fans of all participating teams celebrate and mourn together over victory or defeat and support each other.

Further information about the EHF FINAL4 Men 2022 can be found here. 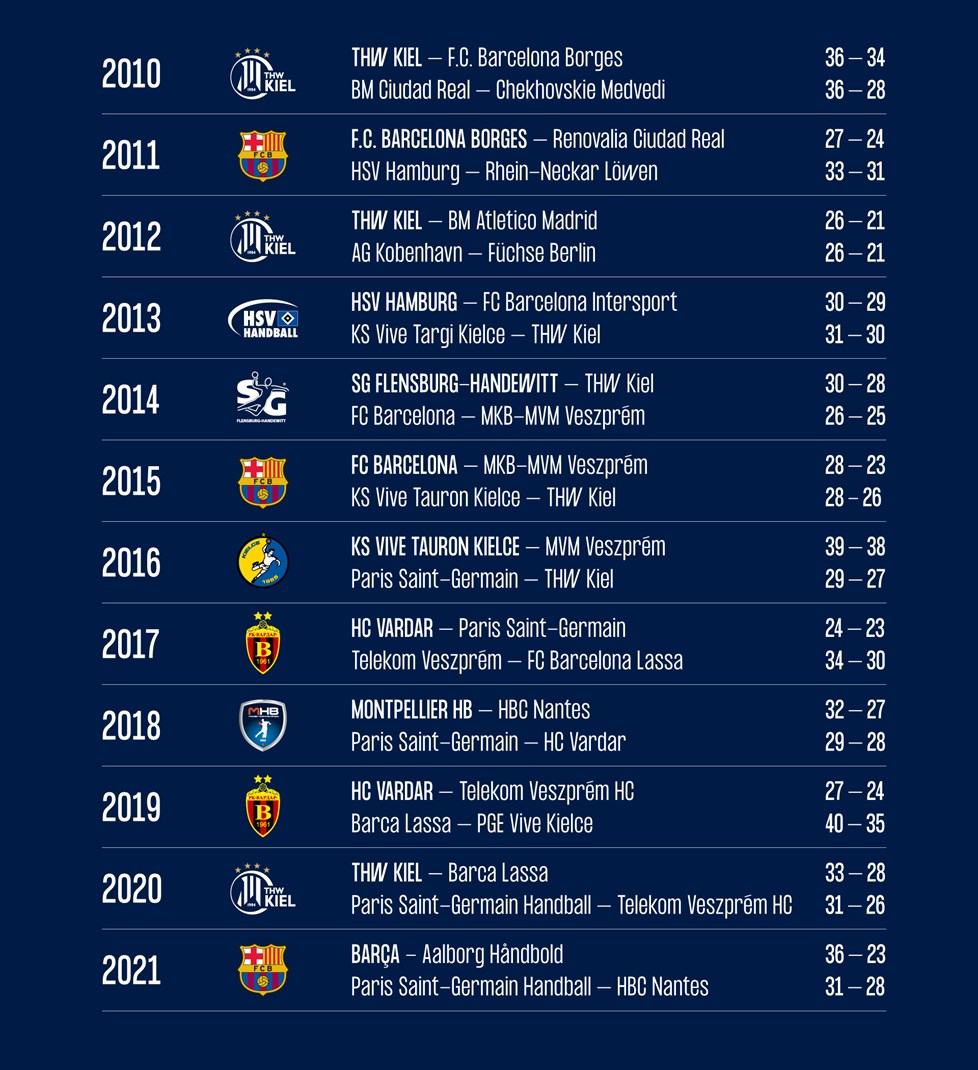 Since 2014, the best player of the tournament is awarded with the MVP award (Most Valuable Player) at the EHF FINAL4. 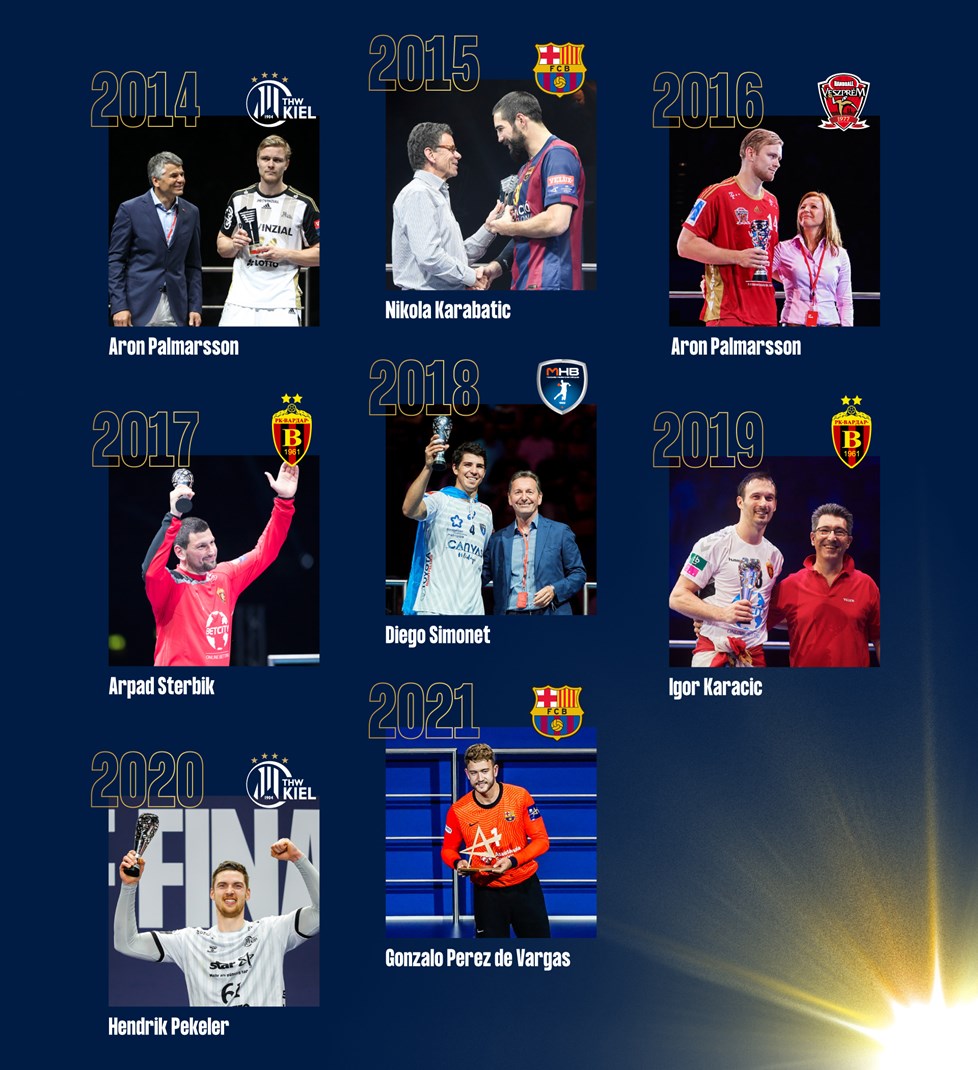 THW Kiel’s journey to the VELUX EHF Champions League 2019/20 title was followed by millions across the globe at the VELUX EHF FINAL4 2020 in Cologne in December.

EHF Marketing had secured 40 broadcasters to distribute the EHF FINAL4 to more than 80 territories. This included a first-time presence in China as well as more than 800 broadcasting hours in the markets of the four participating teams – France, Germany, Hungary and Spain – and beyond.

At German broadcaster Eurosport a combined audience of more than one million tuned in over the two days, with figures peaking at 550,000 and a market share of up to 2 per cent during the final.

Augmented reality was used as part of the TV production for the first time and showcased in the opening shows and during the matches themselves, bringing the court action even closer to the fans watching from home.

Further information about the VELUX EHF FINAL4 2020 can be found here.