Orlen Wisla Plock have impressed for two consecutive seasons in the EHF European League Men, reaching the EHF Finals in both campaigns and finishing fourth and third, respectively. After those two years in Europe’s second-tier men’s club competition, the Polish side is eager to leave their mark in the EHF Champions League in 2022/23.

Following a close battle with Lomza Industria Kielce for the Polish domestic championship and winning the Polish cup, as well as a lot of hard work, Plock are ready for their comeback to Europe’s top tier.

Most important question: Can Wisla Plock challenge the best teams in the EHF Champions League?

Wisla Plock remain one of the top teams in the Polish championship and have shown international strength in the EHF European League over the past two seasons. But can they now deliver on the biggest stage, too?

So, far Plock have been in the Last 16 five times – but never beyond. Their performances in the strong EHF European League should give them confidence for their journey in the EHF Champions League.

“It is a great honour and reward for us, for the hard work of the team, the coaching staff and all departments of the SPR Wisla Plock,” says team manager Adam Wiśniewski.

“After two great seasons in the EHF European League Men, we are returning to the EHF Champions League. I believe that this is just the beginning for us, and we will prove that this is the right place for Orlen Wisla Plock.”

Newcomers in the squad, like goalkeeper Kristian Pilipovic and right wing Gonzalo Perez Arce, have been added to the well-balanced and experienced team. Head coach Xavier Sabate can have full trust in his team that they will give their maximum on the court.

“We will face very demanding games and we will have to train and work even harder, but I know that the players, thanks to the advice of the coaching staff and the support of the fans, are able to reach the heights and fight fiercely,” Wiśniewski adds.

For team captain, and one of the most important players in the team, Michal Daszek, the return to the EHF Champions League “is enough motivation for me. The opportunity to play against the best teams in Europe is invaluable.”

Under the spotlight: Sergei Mark Kosorotov

The 23-year-old left back joined Wisla Plock in the summer of 2021 from Chekhovskie Medvedi for his first club outside Russia. Kosorotov lived up to his billing as one of the best young players in Europe last season, netting 66 times in the EHF European League, more than any of his teammates.

He gained his first EHF Champions League experience at age 19; he returns as even better player at age 23 this season.

Plock are full of confidence, but aware of the challenges ahead. A group with the likes of Paris Saint-Germain HB, SC Magdeburg, Telekom Veszprém HC, and FC Porto will require the most of the Polish team.

A good start is what Plock are hoping for, as they host Porto on 15 September in front of their own fans. The following week, a trip to PSG awaits for one of the hardest matches in the group phase.

“Generally, I am looking forward to all the matches that will take place in Plock, in the Orlen Arena. It is here that we will have our eighth player with us - our fans,” Daszek says.

“Of course, for the moment, the most important thing is the start of the EHF Champions League and our match against FC Porto.”

Plock’s build-up to the new season includes a challenging tournament with Veszprém, Tatabánya, and HC PPD Zagreb, which could be an indicator where the team stands.

Wisla Plock is a home for many international players. Alongside eight Polish players, the squad includes four Croatian, three Spanish, and two Russian players, as well as one each from Bosnia and Herzegovina, Hungary, Czech Republic, and Serbia.

11 – the number of years Wisla Plock had to wait for domestic success. After winning the Polish league for the last time in 2011, Plock managed to beat Kielce for the Polish cup in 2022. That marked their first cup triumph in 14 years: back in 2008, Plock even won the double in Poland. 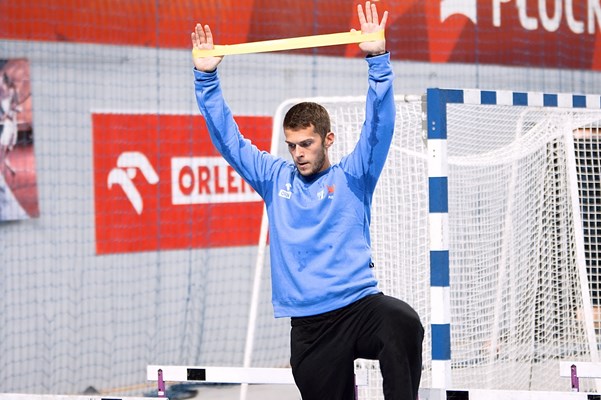