On Friday, 11:00 CEST, the draw can be viewed on the Home of Handball YouTube channel as well as full coverage on eurohandball.com and across the EHF European League social media channels. The semi-final pairings of the EHF Finals will be drawn in Vienna.

The defending champions Magdeburg, last year’s semi-finalists Plock and the EHF Finals debutants Benfica and Nexe will be drawn for the pinnacle event of the EHF Men’s European League. Nexe are the first-ever Croatian club to qualify for any EHF final tournament - and they have the quarter-final top scorer Halil Jaganjac in their squad.

Here are many more facts and figures on the European League season 2021/22, the quarter-finals and the upcoming EHF Finals.

1 German club only at the EHF Finals had happened the last time in 2016, when Göppingen won the trophy in Nantes

1 time in the eight quarter-final matches, 70 or more goals were scored, in the 37:37 between GOG and Nexe in the second leg

1 country is represented by participants of both EHF Finals men and women: Germany - Magdeburg and Bietigheim 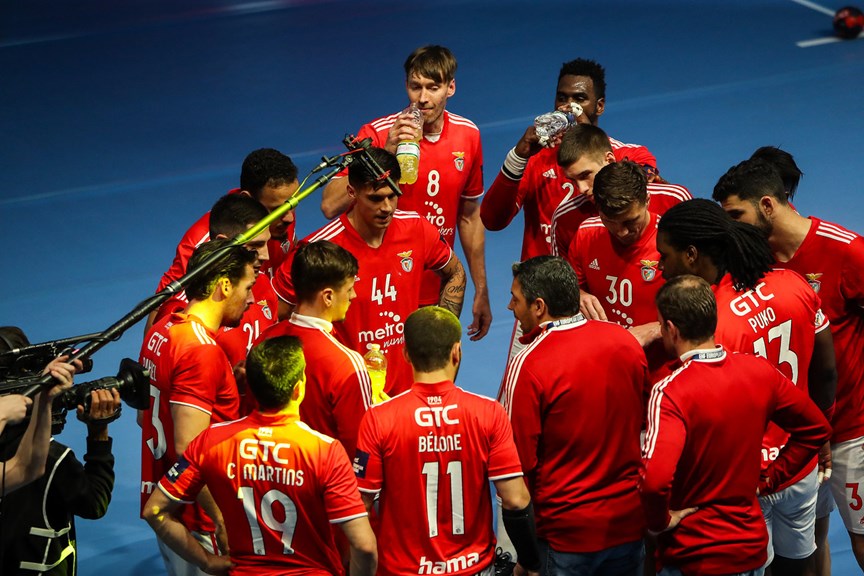 2 clubs qualified for their first final tournament in any EHF club competition: Nexe and Benfica

2 clubs made it for their second straight EHF Finals: defending champions Magdeburg and Plock

2 group winners qualified for the EHF Finals: Plock (group A) and Magdeburg (group C) - Nimes (winner of group D) had already failed in the Last 16 against Velenje, GOG (group B) against Nexe in the quarter-finals

3 of the four EHF Finals participants remained unbeaten in Last 16 and quarter-finals: Nexe, Magdeburg, Plock - by three victories and one draw each

3 times in the 8 quarter-final matches, 60 and more goals were scored

4 of the eight quarter-final matches ended by home victories, each two by draws and away wins

4 teams, which won the first leg of the quarter-finals (which means all), booked their tickets for the EHF Finals

6 different clubs have won the EHF Finals since the premiere in 2013: Göppingen, Berlin (each 2), Rhein-Neckar Löwen, Szeged, Kiel and Magdeburg

10 - Croatia is the 10th country represented at the EHF Finals since 2013 after Germany, France, Denmark, Romania, Hungary, Slovenia, Spain, Poland and Portugal

12 goals were scored by Halil Jaganjac (in Nexe’s 37:37 against GOG) and Michael Damgaard (in Magdeburg’s 30:28 against Nantes) to become the joint individual high scorers in a single quarter-final

13 was the biggest gap in terms of goals in a quarter-final match, when Plock beat Kadetten 35:22

15 goals (68:53 in the duel Plock vs Schaffhausen) were the biggest overall margin in the quarter-finals

21 goals (9+12) were scored by Nexe’s Halil Jaganjac in both quarter-finals against GOG to become the top scorer of this round ahead of Simon Pytlick (17) and Jerry Tollbring (15, both GOG)

46 was the high score of a team in a single match since the start of the group phase, when GOG beat Cocks 46:30, the high-score in the quarter-finals were 37 goals by GOG and Nexe (37:37)

74 in the second leg of GOG vs Nexe (37:37) was the highest score in the quarter-finals

80 of the 142 matches decided on court since the start of the group phase, were won by the home teams

97 goals are on the tally of Halil Jaganjac since the start of the group phase to be top scorer still in competition, ahead of Petar Djordjic (Benfica/90)

473 goals were scored by Benfica since the start of the group phase meaning they have the best attack of those teams still in competition. They sit ahead of Magdeburg (440), Plock (438) and Nexe (415)

484 goals were scored in the eight quarter-final matches, an average of 60.5 per match 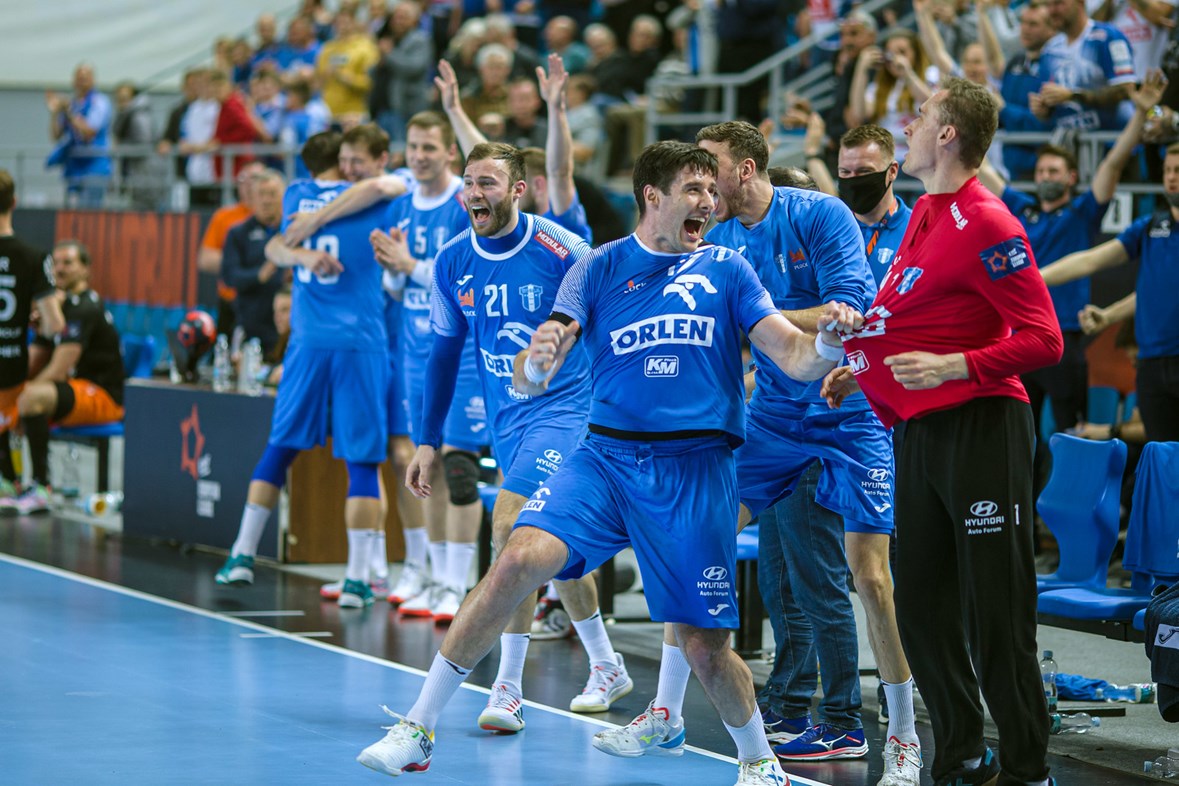 Highest-scoring matches since the start of the group phase:

Lowest-scoring matches since the start of the group phase: 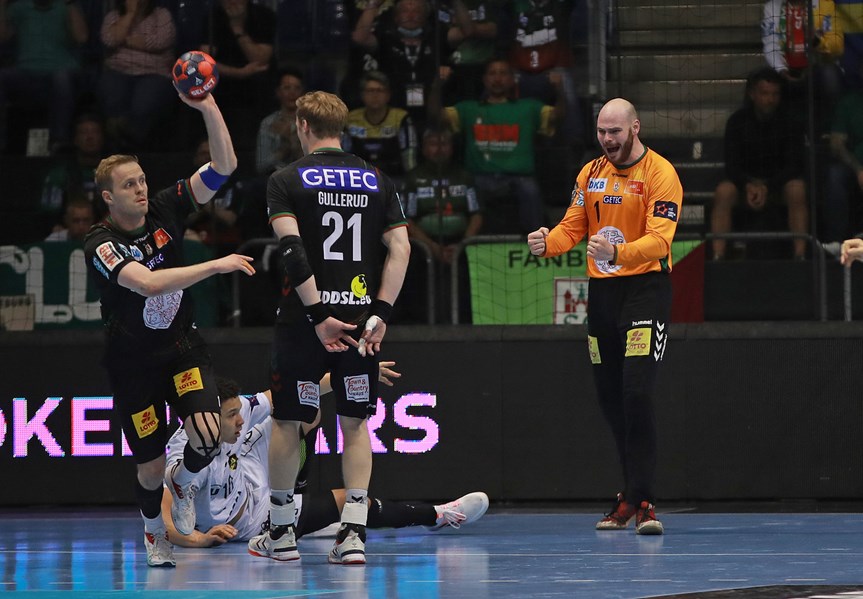 Biggest gaps matches since the start of the group phase:

Next Article Pavlovic and Gran Canaria dream of a trophy

NEWS: The 24 remaining teams in the EHF European League Men 2022/23 will discover their group phase opponents on Thursday

QUALIFICATION ROUND 2 REVIEW: Two Hungarian teams mounted outstanding comebacks to qualify for the group phase, while Bidasoa Irun edged out…

Can Ystad also surprise in the European League?

COUNTDOWN #15: Ystads IF. European Cup finalists in 2021 and Swedish champions in 2022, what is next for Ystad?

Balatonfüred ready to enter the spotlight

COUNTDOWN #16: Balatonfüredi KSE (HUN): The focus is on exposure and development for a club reaching a European group phase for the second t…

COUNTDOWN #17: Füchse Berlin (GER): The Danish international is the top transfer for the ambitious German side

Last 16 spot is on Presov’s radar

COUNTDOWN #18: Tatran Presov (SVK). The dominating champions of Slovakia hope to take the next step in Europe

Granollers out to play for the fans

COUNTDOWN #19: Fraikin BM. Granollers (ESP). The Spanish side make their European League debut with a young and talented squad